It's believed funds will begin to be collected this summer 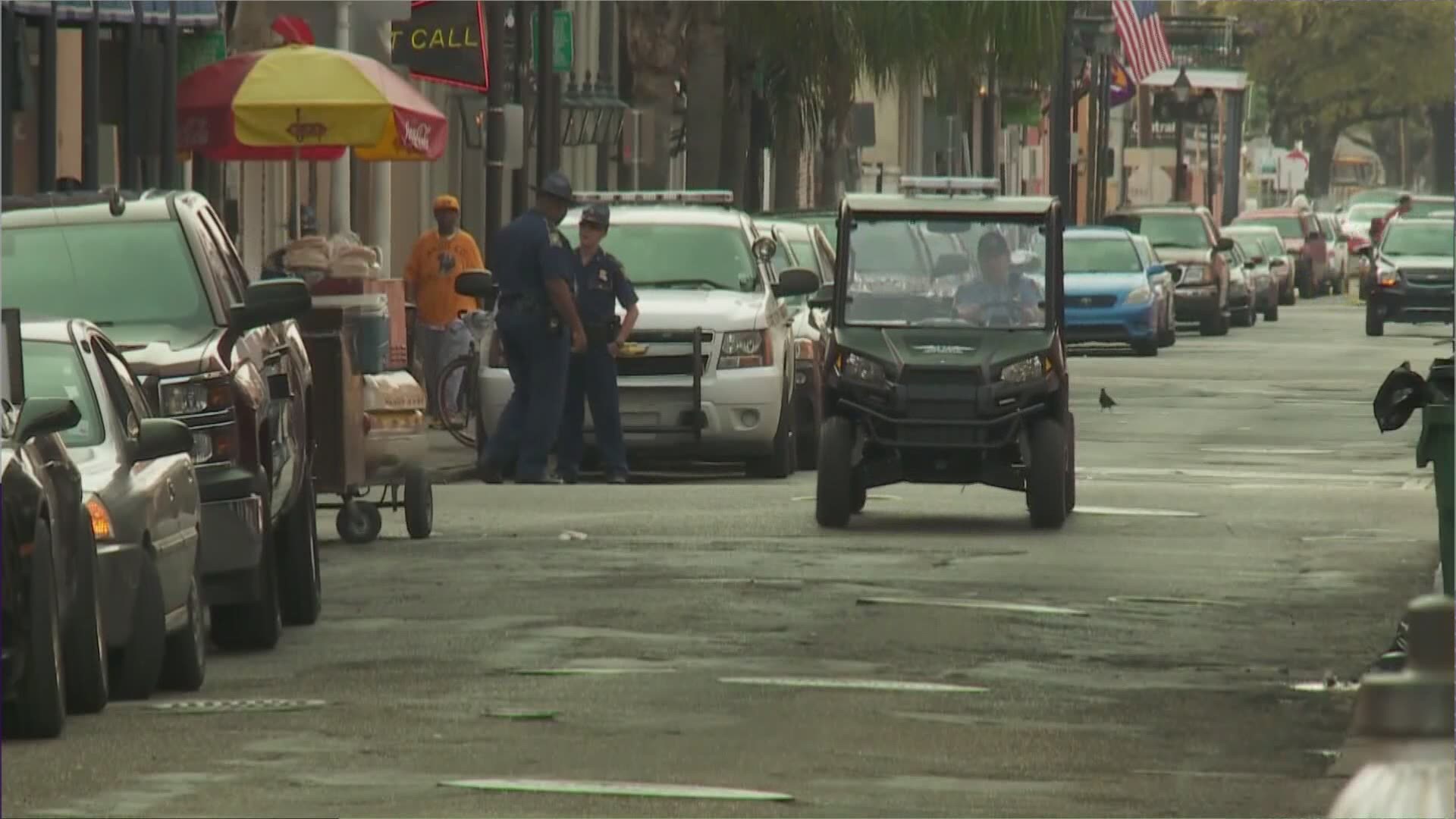 Bourbon Street was lively Monday, after a wave of violence hit the street.

"Last weekend was kind of a mess in the Quarter with different things happening that shouldn't be happening," said Nancy Segers of Tommy's Flowers.

It started around 2:15 a.m. Saturday when five people were shot. Police say two men got into an argument on the 300 block of Bourbon Street and someone opened fire.

Later that night around 9 p.m., a person was taken to a hospital after being stabbed by a street performer dressed as Chewbacca. A few hours later, a woman was shot in the leg near Bourbon and Canal.

The crime-filled weekend came as people in the French Quarter voted to approve a sales tax they believe will help make the area safer.

"In December crime was almost non-existent in the quarter," said Bob Simms, co-founder of the French Quarter Task Force. "Now with tourism rebounding, crime is starting to come back again and the residents recognize we need to help New Orleans police."

The sales tax measure was voted down in the winter. Simms feels the recent spike in crime has heightened peoples' awareness more protection is needed.

"It will triple the size of the French Quarter Task Force," he said. "Three times more officers than you see today, so it'll be blue lights everywhere which is a good thing, because that's a crime deterrent with the blue lights on."

There is some worry since details still need to be ironed out. For example, who exactly will be in charge of the projected $2-$2.5 million in funds it's expected to raise. Still 72% of voters favored the tax.

"Those little cars running around, at least they're a presence because you don't see police walking the beat anymore, and you don't many, if any, bicycle police , the cars are our best option," Segers said. "So anything that makes us safer is good."

And with life returning to the Quarter, it's a small price residents are willing to pay to make sure it's not just a fun place to be, but a safe one as well.

City Communications Director, Beau Tidwell, sent Eyewitness News a statement regarding the measure. It reads: "Safety in the French Quarter is a priority, which is why the Mayor authorized using overtime pay for NOPD officers --- an estimated 576 additional man-hours weekly, including 128 additional hours per day on Saturday and Sunday. There is no agreement in place with FQMD at this time. Our concerns remain the same: handing over taxpayer funds to an unelected body with no accountability is bad policy. Prior to any further action, these matters need to be resolved to the City's satisfaction before a CEA can be signed. In the meantime, you will see increased presence and visibility on Bourbon Street and elsewhere while we work towards a long-term solution."