The collapse site has become a sort of tourist attraction, even with the bodies of two workers still trapped inside. 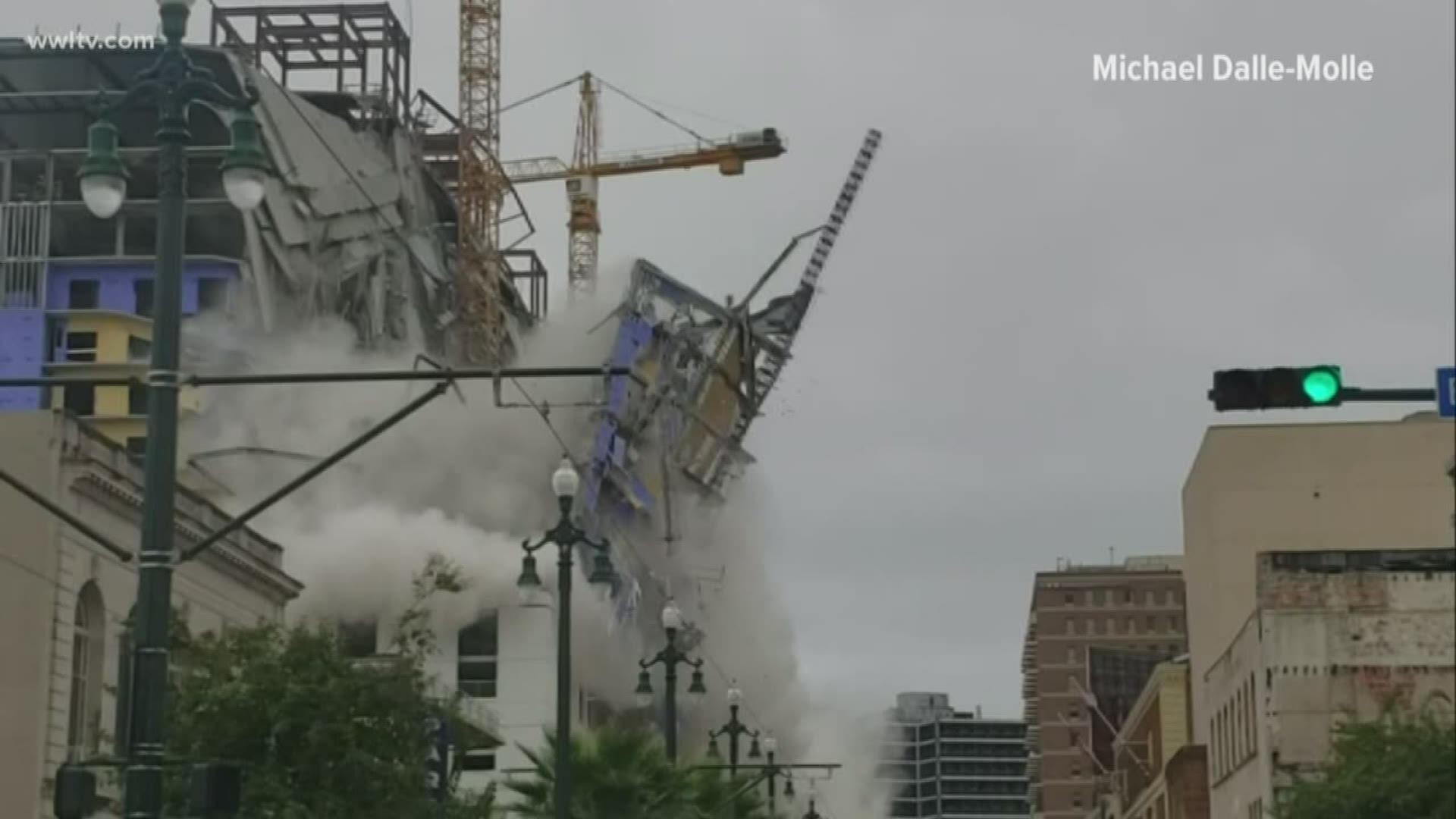 NEW ORLEANS — With thanksgiving and the Bayou Classic this week, Canal street will be packed.  For many, it'll be their first time seeing the Hard Rock collapse site.

It's hard to miss.

That's why so many people walking near Canal Street start looking up.  The partial collapse of the Hard Rock Hotel was unprecedented.  It's going to cast a shadow over the corner of Canal and South Rampart for some time.  That's made it very difficult for the businesses that had to close for weeks after the initial collapse.

Nine businesses were recently cleared to reopen after crews managed to secure the dangling crane on top of the site, but the Ruby Slipper is still closed today, and it's pushing its customers to its other locations.  That leaves the restaurant worried about its workers.

"That's been the toughest part, the uncertainty for us, which we can't give them certainty.  Bills come up quick, and it's the holidays too,” said Jason Synakiewicz of the Ruby Slipper.

While there's hardship for businesses, there's heartache for the families of the men killed during the collapse:  Anthony Magrette, Jose Ponce Arreola and Quinnyon Wimberly.  The bodies of Arreola and Wimberly are still in the rubble.  While it's completely understandable that people will take pictures of what's left of the hard rock, maybe we should be mindful of how we take those pictures and selfies.

After more than six weeks, we've almost gotten accustomed to the detours and the traffic headaches around the Hard Rock.  Maybe we don't even bother looking up at anymore.  But as long it's still standing, this site reminds us of a deadly disaster and the dignity the victims deserve.

City leaders have said a plan for demolishing the remains of the Hard Rock is still be developed.  Once demolition is completed, a task force will search for remains of the two victims in the rubble.