Eric Treadaway stepped down after being suspended without pay last month. 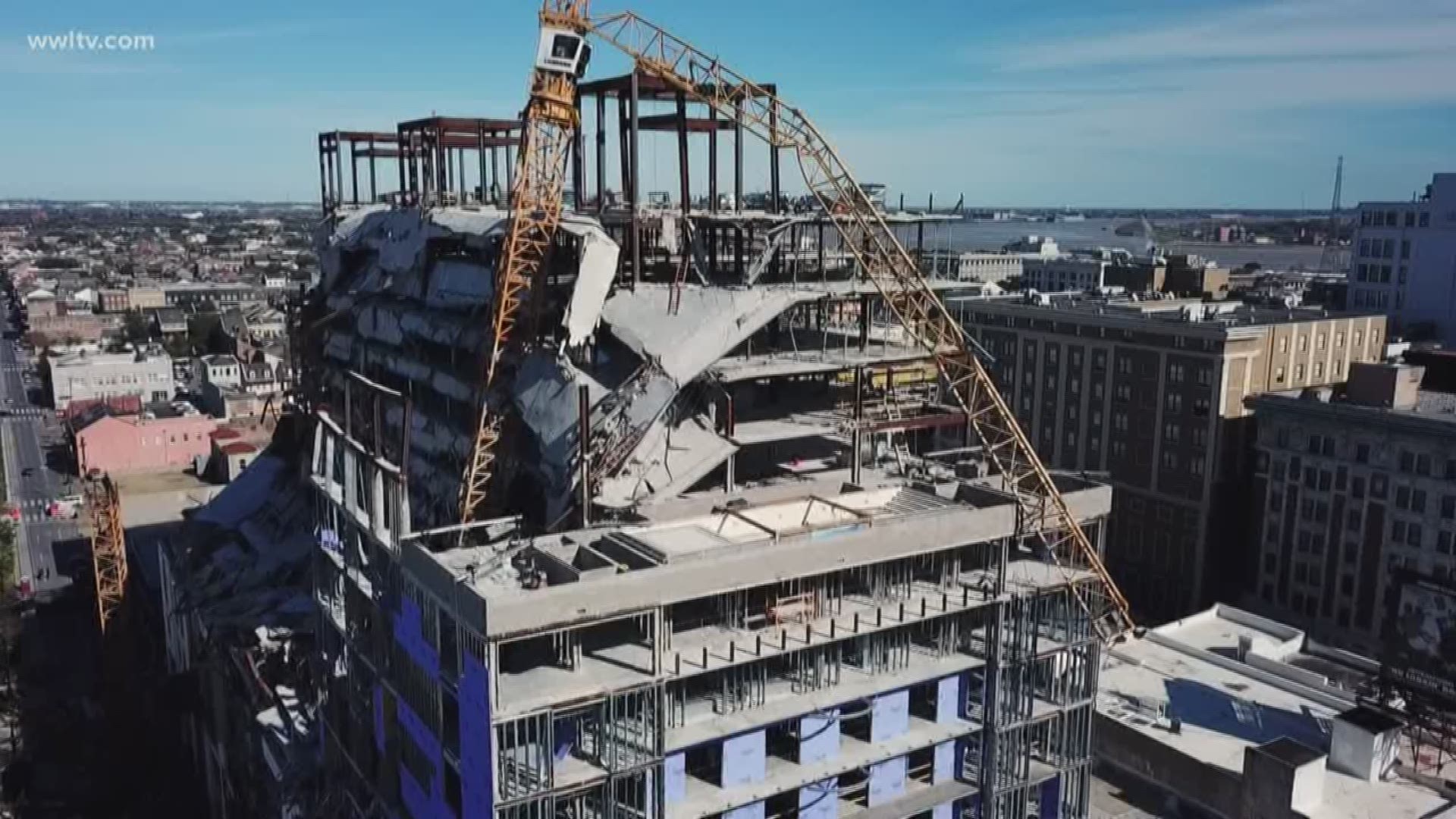 NEW ORLEANS — One of the inspectors the city of New Orleans was trying to fire for allegedly falsifying building inspections at the Hard Rock Hotel and another major downtown hotel project has resigned.

The city suspended building inspector Eric Treadaway without pay last month and accused him of signing off on a slab inspection and approving the pouring of concrete on the 14th floor of the Hard Rock Hotel last July 26 without actually visiting the construction site.

About 10 weeks later, on Oct. 12, the upper concrete floors on the Hard Rock – from the 18th floor rooftop down to the 10th floor -- collapsed, killing three workers.

The city alleges Treadaway also skipped foundation and slab inspections in April and May at the Four Seasons Hotel and Residences being built at the old World Trade Center on the riverfront.

The city moved to fire Treadaway and another inspector, Julie Tweeter, after WWL-TV reviewed GPS in their vehicles and found they didn’t appear to stop at the Hard Rock for key inspections.

The city said it's been conducting an internal review of the Safety & Permits Department for months, including an audit of inspectors’ use of city vehicles based on GPS units installed in the vehicles last spring. City spokeswoman LaTonya Norton said the internal audit was "disrupted" by the cyberattack in December, but has recently been able to resume the analysis.

Last fall, before the cyberattack, the city's internal review found 11 of 32 Safety & Permits Department inspectors, including Treadaway and Tweeter, had used their city vehicles to go home or elsewhere for more than the allotted hour for lunch. Former Safety & Permits Director Zach Smith accused those 11 of “payroll fraud” for the time over an hour that they were parked at those non-work locations and they served suspensions for the equivalent time.

Tweeter and Treadaway were each accused of taking their city vehicles home for more than an hour on 31 occasions. They served two-and-a-half and four-and-a-half day suspensions, respectively. Those were far from the biggest suspensions Smith doled out, however. Mechanical inspector Peter Emery was suspended for more than 27 days for allegedly taking his city vehicle on 115 long lunch breaks, some lasting more than 3 hours and one stretching more than 4 hours.

In an interview last week, Chief Administrative Officer Gilbert Montano said those suspensions showed city leaders were concerned about inspectors’ misusing city vehicles, even if they didn’t address any missed inspections until after the WWL-TV investigation.

“There was some disciplinary (action) taken” in October and November, Montano said. “But it wasn't toward the inspection portion. It was toward longer lunches and taking (vehicles) home…. Maybe the right questions weren't being asked.”

Tweeter remains suspended for the allegedly falsified inspections and has a pre-termination hearing scheduled for next week.

The city said Treadaway officially resigned last Wednesday and that ends the disciplinary case against him. He did not respond to multiple messages seeking comment.

NOTE: This story was updated March 12 to clarify that the city's audit of inspectors' GPS data was an "internal review" that was disrupted by the December cyberattack.