Hard Rock victims' bodies will be removed by July, demolition may begin next week 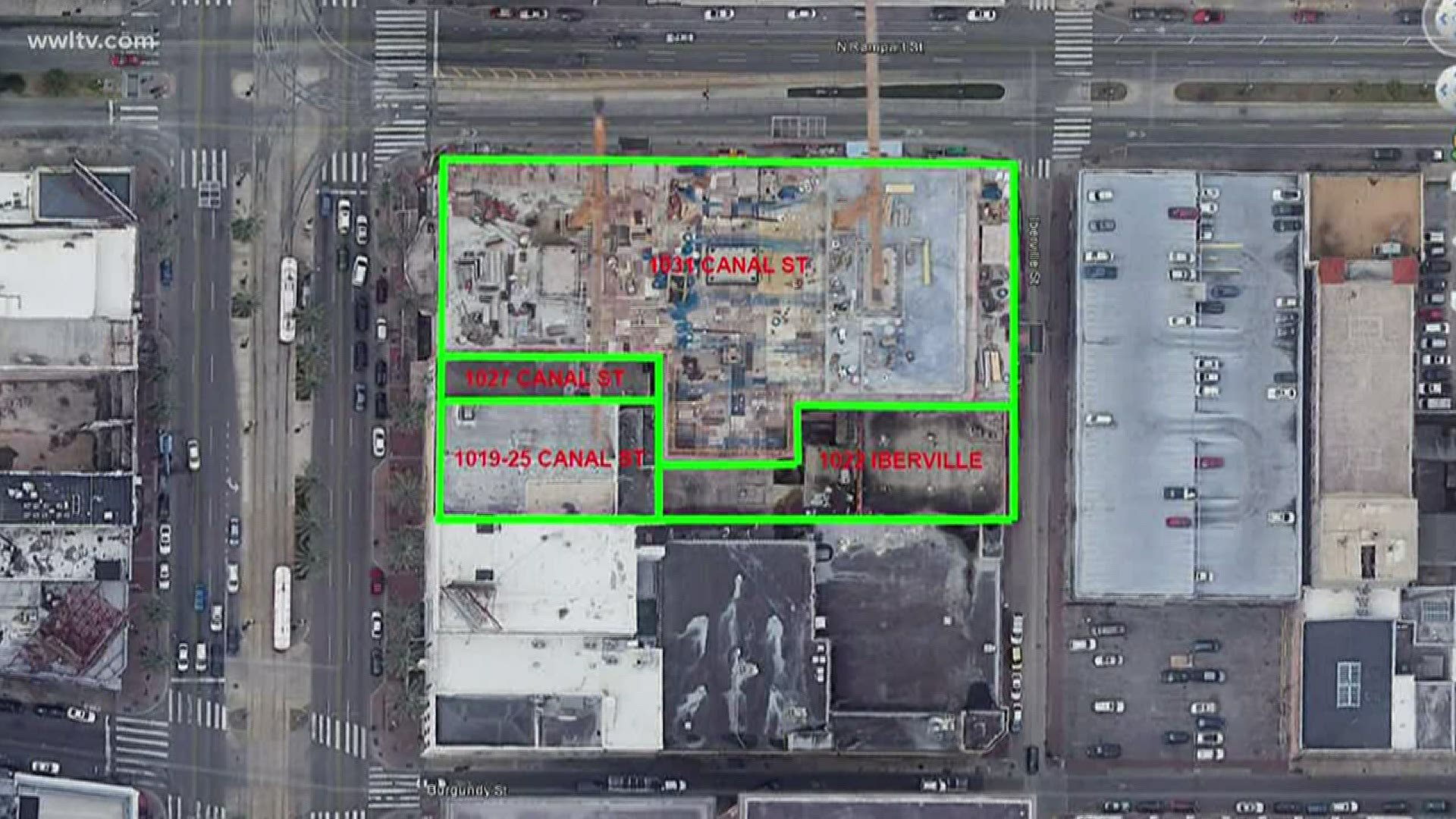 NEW ORLEANS — Three buildings surrounding the Hard Rock collapse site will be demolished as early as next week to facilitate the demolition of the collapse site.

NOFD Chief Tim McConnell announced the demolition order during a conference call on May 5. He said the equipment should be on-site within a week.

McConnell could not give a timeline of the collapse site's demolition, but said that the bodies of two construction workers killed in the collapse should be removed from the rubble by July.

“These orders were posted under the authority of our Superintendent with my support, clearing the way for the Hard Rock site to be demolished. From my perspective there are no more excuses from 1031, it is time to move forward immediately,” Mayor LaToya Cantrell said. “We have issued a conditional permit which gives 1031 what they need to move forward. I do not want to take the families of the victims through any more obstacles to get this building taken down. At the end of the day the most important thing is to retrieve the remains of our people.”

McConnell said the three buildings must come down to safely position demolition equipment to bring down the partially-collapsed hotel.

“Each of the plans that we have received and reviewed using our third-party engineer … have all included demolishing these structures,” McConnell said.

The emergency demolition order from McConnell avoids the need for a Historic District Landmarks Commission Review and lets the demolition process begin next week.

"Going through the normal process, through HDLC, is not an option becuase this is not a normal situation," Cantrell said. "We're responding to the emergency and the need to have these buildings demolished to pave the way for the Hard Rock to come down, but at the end of the day the most important things remains to retrieve the remains of our people."

The bodies of Jose Ponce Arreola, 63, and Quinnyon Wimberly, 36, remain in the rubble.

This is a developing story, stick with WWLTV.com and Eyewitness News for the latest information.