Neighbors and people working in the downtown area initially expressed alarm at the large chunk of the building coming down. 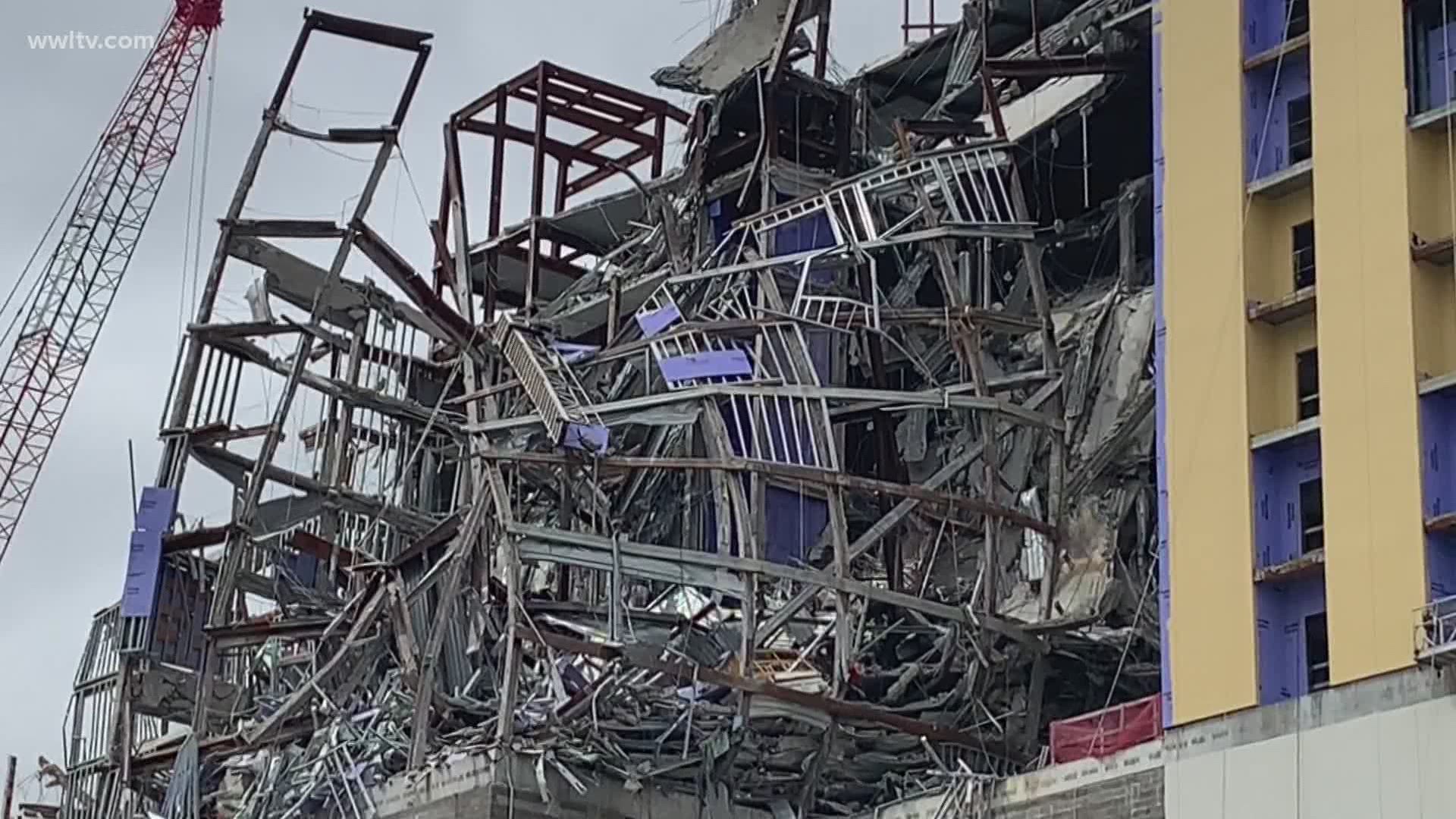 NEW ORLEANS — A large chunk of the partially collapsed Hard Rock Hotel came down Thursday morning exactly as planned, according to the lead local engineer on the demolition project.

“They were demo’ing the Burgundy Wing and hit it just right and the whole thing came straight down,” said Walter Zehner, who is the local engineer hired by the demolition company out of St. Louis, Kolb Grading. “Which is exactly what we hoped it would do. Things are fine and we are all happy with the way it worked out.”

Neighbors and people working in the downtown area initially expressed alarm at the large chunk of the building coming down, which caused large plumes of smoke on the Burgundy Street side of the building. That’s the main portion of the building that stayed erect when the opposite side of the structure collapsed suddenly Oct. 12, killing three workers and injuring dozens.

But Bill Kearney, a spokesman for the owners of the project, 1031 Canal Development, said the "smoke" visible from neighboring buildings was actually water crews sprayed to tamp down dust.

The Burgundy Wing is the term for the section of the 18-story building that jutted out on the river-side of the planned hotel and condos. Zehner said Thursday’s controlled collapse was done by striking the upper level of steel-framed floors so that the beams, columns, and concrete floors fell onto the stable eighth-floor parking deck, which is entirely concrete.

Some metal stud walls on the outside of the structure fell into the “drop zone,” a cleared area around the structure that’s designated for falling debris. Zehner said that’s why it was necessary to demolish an old theater and two other buildings along Canal Street before starting the demolition work, to allow the demolition crews crane access on the river side of the project and to give extra room for falling debris.

“Unfortunately, it had to be done,” Zehner said of the need to demolish historic buildings. “I’m into historic preservation, but there was no way to demo (the Hard Rock) leaving those in there.”

Zehner said next week would begin major demolition work on the Iberville Street side. Kearney said Thursday's work was “part of a series of small, controlled removals. It’s going to continue to happen like this as we move forward with the demolition.”

Zehner said he understood why some people thought something had gone wrong.

“It looked a lot like the original collapse when it came down, but it was exactly what we had hoped it would do,” he said.