The group that owns the building said that insurance issues and a desire to complete the takedown soon required a change. 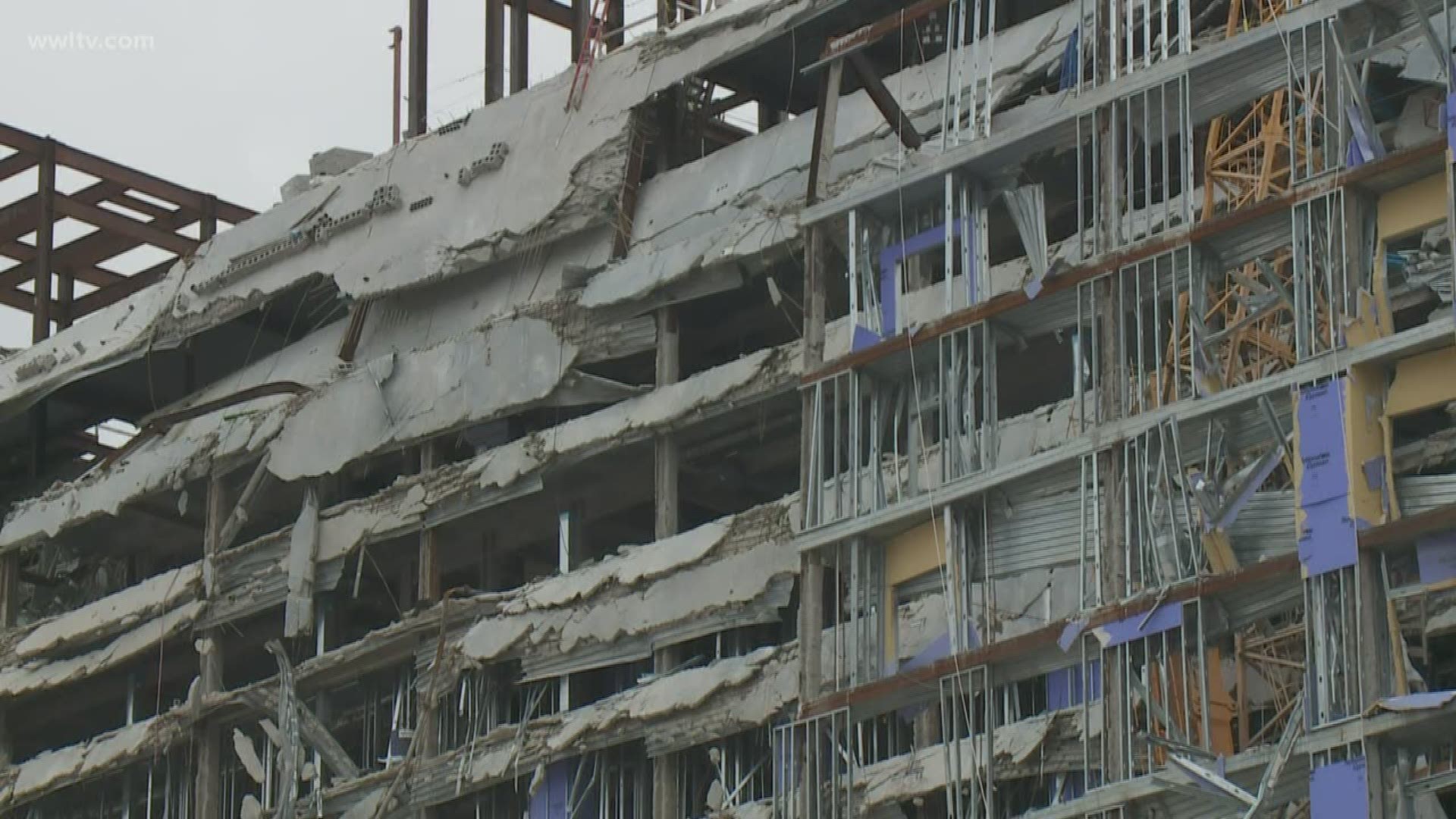 NEW ORLEANS — There has been another change in plans for the takedown of the partially-collapsed Hard Rock hotel construction site, with a change in the company that will do the work and a change from an implosion to a traditional demolition.

Nearly five-and-a-half months after the collapse of several of the upper floors of the project, the building remains surrounded by barricades and the streets around it remain closed off to traffic. Worst of all, the remains of two of the workers killed in the collapse are still in the rubble.

1031 Canal Development, the group that owns the building, said that the organization that was originally set to do the implosion work - DH Griffin Wrecking - was unable to obtain liability insurance required by the contract.

Instead, 1031 Canal Development entered into a contract with Kolb Grading to carry out a traditional demolition, which does not require state immunity and indemnity.

A statement from 1031 said that the move was also an effort to retrieve the remains of the two workers as quickly as possible.

A date was not given as to when the work would be done, but the statement from 1031 said that "As soon as the city approves the demolition permit, 1031 Canal is ready to move forward."

There has been no word as to whether the social distancing required by the coronavirus outbreak would affect the timeline to take down the partially-collapsed structure.