The remains of Jose Ponce Arreola and Quinnyon Wimberly have been trapped inside the rubble since the Hard Rock collapsed last Fall. 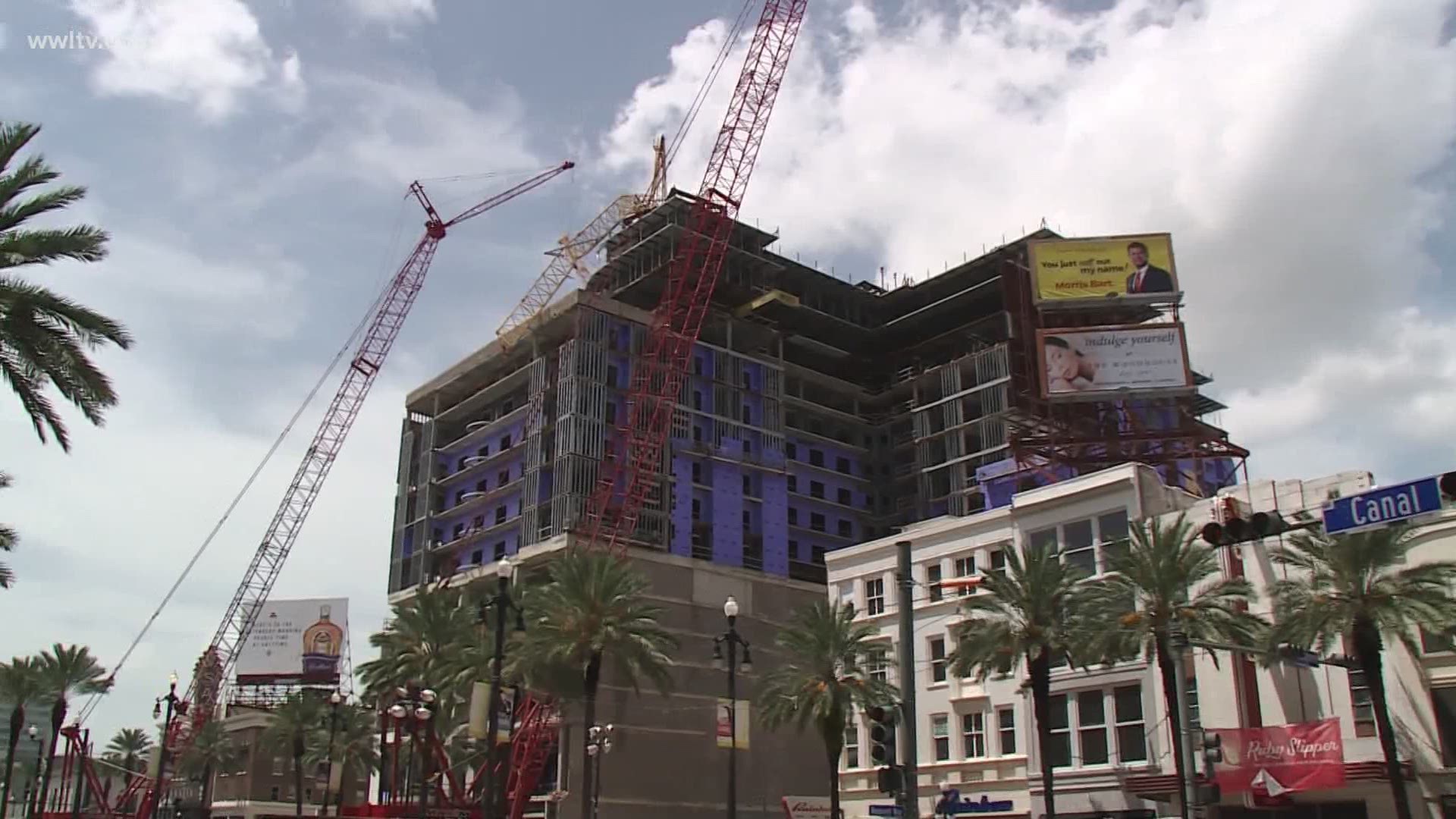 Soon, crews will begin to use those cranes to tear down the Hard Rock hotel.

“The key news there is we are on track,” City Hall spokesman Beau Tidwell said Tuesday.

Those two red cranes will be used to first take apart the yellow tower crane that has hung over Canal street since dynamite took it down last October.

It’s the first of a four-phase demolition process.

Next up, removal of the remains of Jose Ponce Arreola and Quinnyon Wimberly, the workers whose remains have been trapped inside the rubble since the hard rock collapsed.

The city expects that process to begin Monday.

“(NOFD) Chief (Tim) McConnell has informed me it takes about four to five days usually,” Tidwell said. “That would be the anticipation.”

After that, those red cranes will be used to pick apart the top eight floors of the building.

The demolition is expected to cost $8.4 million. 1031 Canal Development, the Hard Rock’s owner, is paying for the demolition work. The ultimate goal is to have the site entirely clear by October, a year after the deadly collapse.

RELATED: 4 phases to Hard Rock demolition won't be complete until end of September