The City asked residents not to take photos of the remains, which are clearly visible from the street. 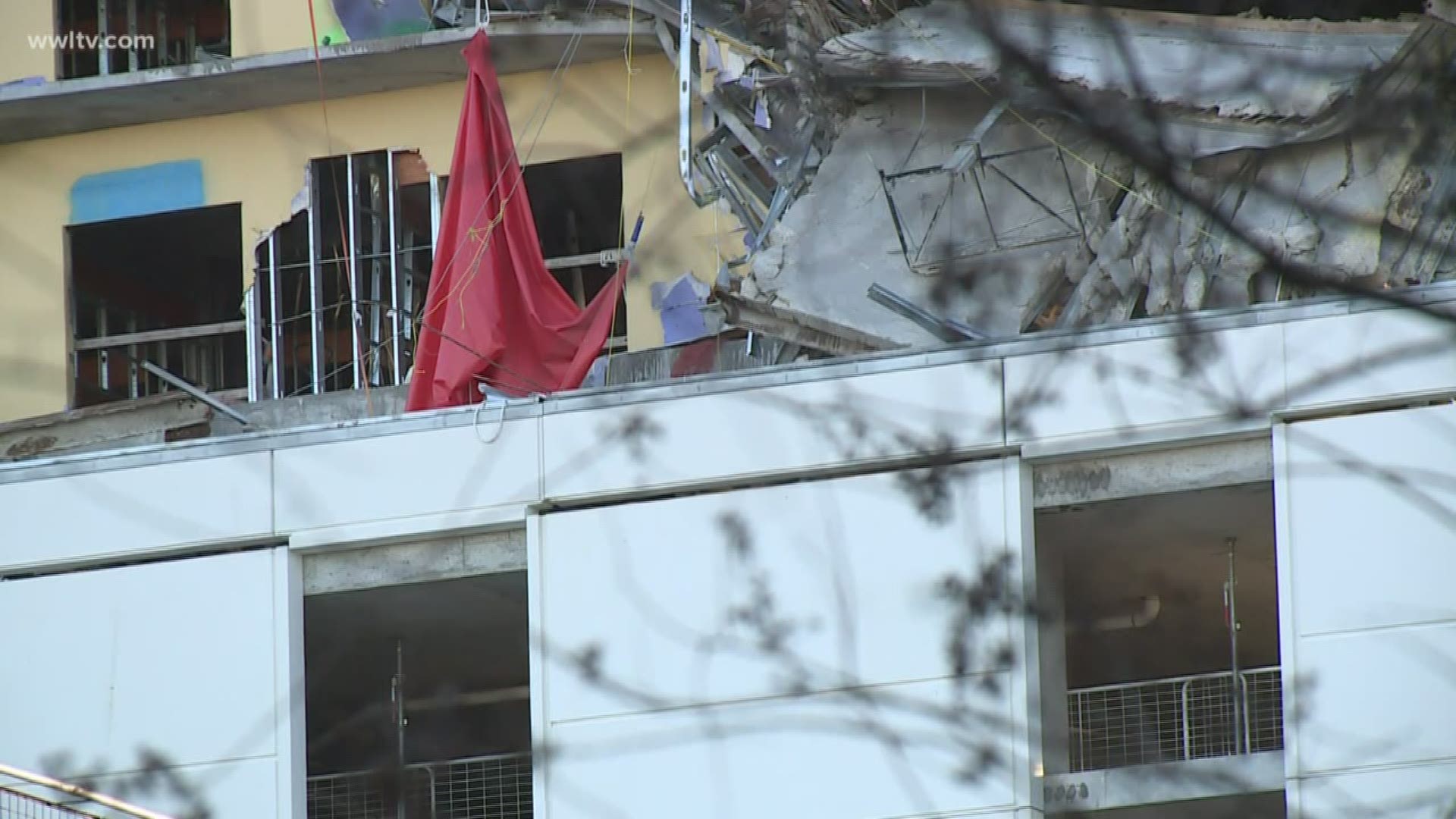 NEW ORLEANS — A tarp has fallen from the Hard Rock Hotel collapse site, exposing the remains of one of the workers killed in the collapse.

The City of New Orleans says they may not be able to cover the body again any time soon.

"A tarp put in place to conceal the remains of one of the victims of the Hard Rock collapse has been shifted by the wind," a statement from City Spokesperson LaTonya Norton said. "The condition of the building and the altitude above street level complicate efforts to replace the tarp, as they have prevented recovery thus far."

Photos of two legs sticking out from the rubble started to circulate on social media Tuesday afternoon. Below them, the red tarp that has covered the remains for months dangles in the wind.

RELATED: City on exposed remains at Hard Rock - too dangerous to put up another tarp

WWL-TV is choosing not to show any photos or video of the remains.

The unfinished hotel at the corner of Canal and Rampart streets partially collapsed Oct. 12, 2019, killing three people and injuring dozens more. The bodies of two workers, 63-year-old Jose Ponce Arreola and 36-year-old Quinnyon Wimberly, are trapped inside and cannot be recovered safely ahead of the planned demolition.

The City asked residents not to take photos of the remains, which are clearly visible from the street.

"Capturing or sharing images of the victims in such a condition is irresponsible, it is indefensible, and it is not who we are as New Orleanians," Norton said.

A controlled implosion of the construction site's remains is planned for mid-to-late March.