It will be two months before the site is destroyed 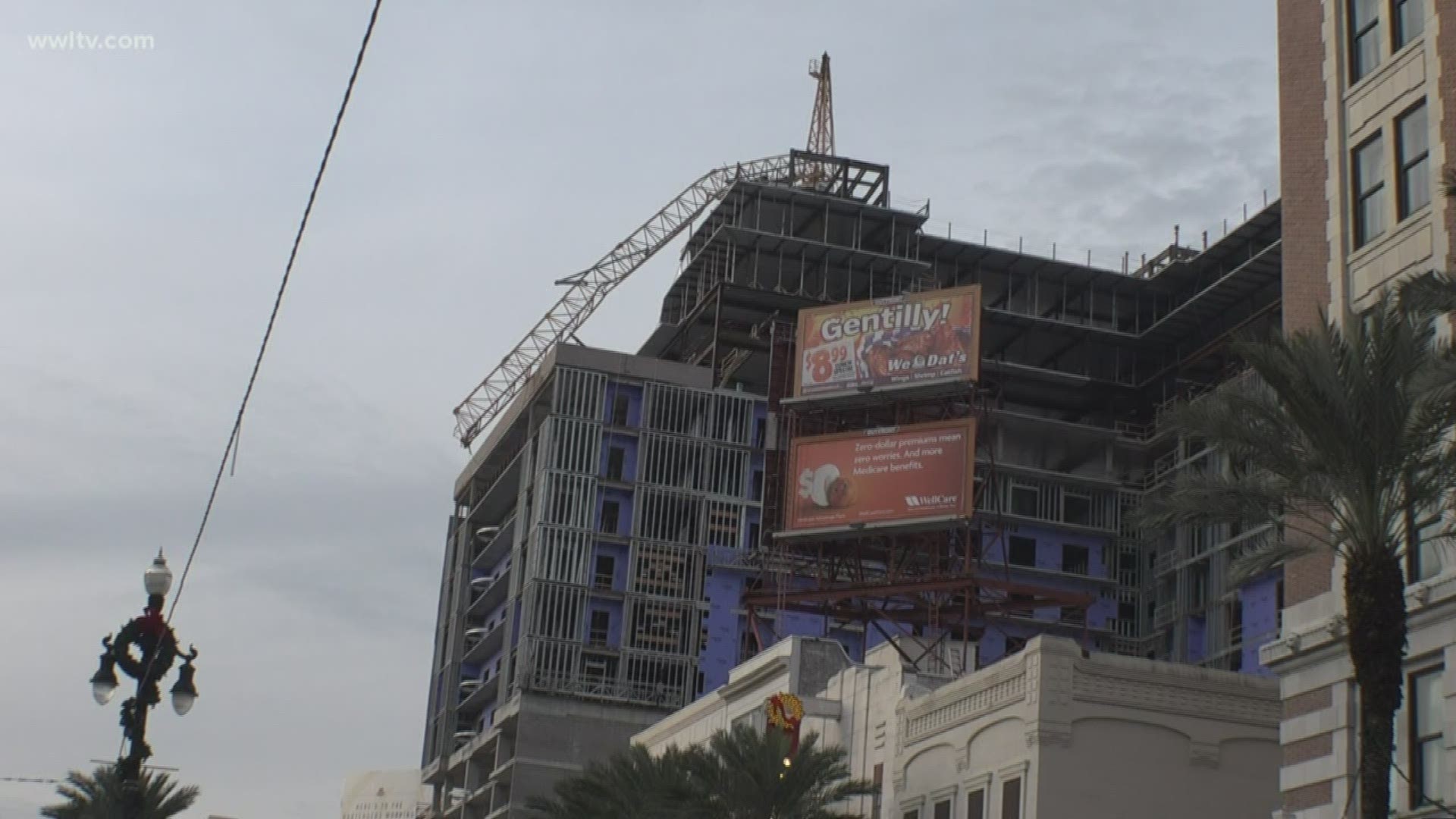 NEW ORLEANS — Underneath the shadows of the partially collapsed Hard Rock Hotel construction site, you may not even notice it, but here -- fenced in, away from public access --- sits the place Craig Ketterman lived and worked for the last three years.

“Being in the heart of it at the hostel and in New Orleans - it was absolutely amazing,” Ketterman said.

Ketterman, 34, was the general manager at City House Hostel at the corner of Canal and Burgundy. The doors have been closed since the collapse. Ketterman works and sleeps there no more. Dudley met with him at an auto shop in Mid-City.

Ketterman says the hostel company did offer to hire employees at their other locations in the country, but Ketterman said the pay and job title might be different, so he decided it was best for him to look for a different opportunity in Tennessee. He is leaving as soon is the car is ready.

RELATED: Company that will implode Hard Rock has prior safety violations

It will be two months before the site is destroyed. The cleanup will then take about three more months. Crews hope removing the remaining crane hanging above Canal Street will start to make a difference for businesses still closed.

“If we get that crane above Canal -- the tower crane stabilized the goal will then be to get the business opened, as many as possible,” NOFD Fire Chief Tim Mcconnell said.

The hostel is not the only business impacted by the closure. City officials are quick to point out they know they are hurting, but parts of the area are still at risk.

“This is still a very dangerous building, things have not changed in that aspect, it’s one of the things that drove the decision to implode the hotel because we cannot find anyone to say that it’s safe to bring it down in any other manner,” Mcconnell added.

On Wednesday, in an email, Press Secretary with Office of Mayor LaToya Cantrell LaTonya Norton added this:

“Immediately following the controlled demolition of the two cranes, the City prioritized the shrinking of the evacuation zone and the reopening of streets in the surrounding area, as long as it was safe to do so. That included the opening of Basin Street, Bienville Street, Roosevelt Way, and portions of Burgundy and N. Rampart streets.”

Norton added that “further securing the crane could allow for the re-entry of a number of businesses and the reopening of pedestrian traffic on Canal and Burgundy streets.”

Ketterman can’t afford to wait. He hopes to come back as soon as he can

“Will I be back one day?” Ketterman asked. “I hope I will, but unfortunately for the time being it won’t be anytime soon.”