In total, 1031 Canal Development filed suit against 19 contractors and 21 insurers. Two of them are owned by people who own part of 1031. 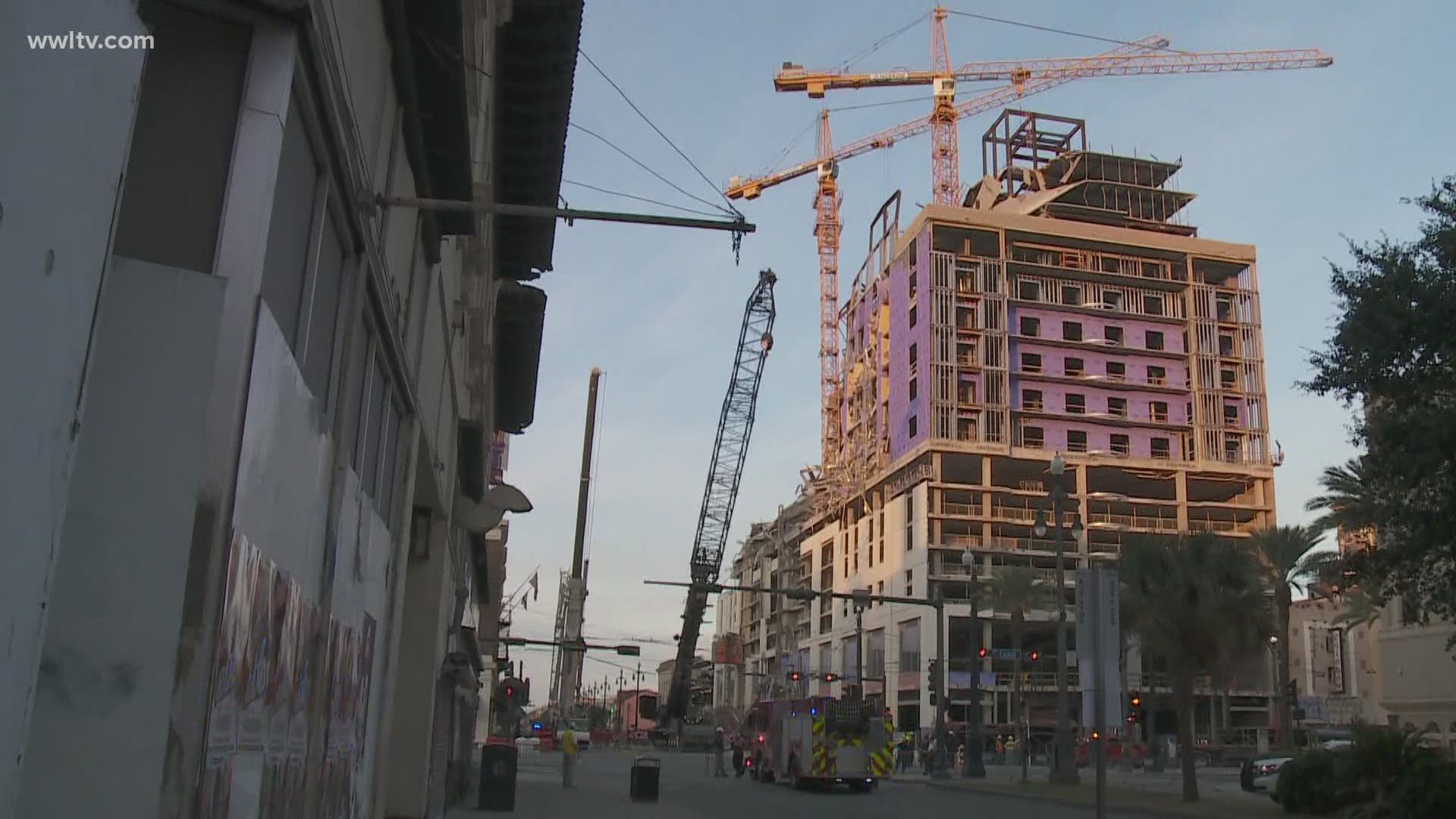 NEW ORLEANS — The company that owns and developed the ill-fated Hard Rock Hotel sued 19 of its construction contractors and subcontractors and 21 insurance companies seeking damages exactly one year after the 18-story building collapsed, killing three workers.

The 68-page lawsuit was filed Oct. 12, 2020, exactly a year after the upper floors of the Hard Rock collapsed, killing three workers, injuring dozens and causing a hazard that loomed over the city through an especially active hurricane season.

The ownership group, 1031 Canal Development, is led by Mohan Kailas, but the company’s spokesmen have stated that the principals of two of the project’s main contractors -- Denzell Clark, owner of general contractor Citadel Builders and Todd Trosclair, owner of electrical contractor All-Star Electric -- also owned a share of 1031.

But 1031 places the blame for the collapse squarely on Citadel, All-Star, engineer of record Heaslip Engineering, architect Harry Baker Smith and 15 other subcontractors. Because of 1031's contract with Citadel to build the hotel, it also sued the insurance providers of each contractor and subcontractor.

The lawsuit takes particularly pointed aim at Heaslip, which was cited for several key violations by U.S. Occupational and Safety Health Administration investigators.

“Heaslip’s engineering design services were inadequate for the 18-story building, and flaws in the engineering design provided by Heaslip affected the structural integrity of the Building during construction and contributed to the collapse,” 1031 alleges in the lawsuit, filed late Monday in Orleans Parish Civil District Court.

The allegations start with Heaslip allegedly failing to design the proper support beams and columns or calculate the proper loads each floor could support. It branches out from there to the lead contractor, Citadel, and the various trades subcontractors.

“Just as Heaslip did not run appropriate load calculations and analyses, neither did the general contractor, or any subcontractor or supplier,” the lawsuit alleges.

The owners especially blame the steel subcontractor, Hub Steel, for the way it fabricated and installed beams and metal decking on the upper floors. Metal decking is used like pans for pouring concrete on the top 10 floors of the building. A WWL-TV investigation with The Times-Picayune | New Orleans Advocate last November showed how the gage of metal decking was changed and the spans required to support the decking with steel beams did not match what was in the structural plans.

“The decking system designed, manufactured, and installed by Hub Steel was improperly erected and installed and/or was inadequately designed for the building,” 1031 alleges in the lawsuit. “For example, upon information and belief, this inadequate decking system caused too much weight to be placed on the sixteenth floor of the Building, which contributed to the collapse.”

The lawsuit alleges that "load calculations and analyses would have established that the building had structural problems," but that no alarms were raised because the subcontractors either did not do the analyses or ignored the red flags raised by the tests.

In the lawsuit, 1031 alleges Citadel "knew or should have known of structural stability problems related to the building prior to the collapse, but did not inform 1031 Canal Development of these concerns, and did not act to either mitigate the instability or to stop work on the project until the building could be stabilized."

This is the latest lawsuit in a series of legal accusations seeking to point fingers about who was to blame for the fatal collapse.

1031 Canal has for a year been fighting with the city of New Orleans over cleanup of the Hard Rock. Tensions repeatedly flared over the past year over the demolition and the recovery of the two bodies trapped for months in the wreckage.

In August, exactly one week after the final body was recovered from the collapse site, the city of New Orleans sued 1031 Canal, its partners and the subcontractors working for them.

City officials said they would shift their focus to recouping costs associated with the collapse.

Along with the costs of cleaning up after the initial collapse, city attorneys pointed to the continual security needed to keep people away from the wreckage, as well as the expansive street closures along one of New Orleans' highest-trafficked intersections: Canal Street and Rampart Street.

"We will continue to hold the building’s ownership accountable and stand with our families to seek justice. This lawsuit is a step towards doing just that,” said New Orleans Mayor LaToya Cantrell in a statement when that lawsuit was filed. “Our city was harmed. Our people were killed. No amount of delay or denial or excuses can change that fact — and we will not allow those responsible to evade responsibility for the damages they have caused to our city.”

The families of the workers killed have been publicly critical of the recovery and demolition efforts.

Anthony Magrette's body was removed from the building the day after the collapse, but the remains of Quinnyon Wimberly and Jose Ponce Arreola were trapped until August.

Several times during that 10-month span, outrage erupted in the city each time the tarp covering exposed body parts in the building's wreckage fell, publicly displaying one of the victims' legs as a gristly reminder of the tragedy.

After the bodies were removed, 1031 Canal began moving forward with the demolition phase, aiming to bring down the entirety of the Hard Rock by the one-year anniversary.

But citing the active hurricane season that forced several pauses in the work, 1031 pushed that date back to January.