"The evacuation order will go into effect no earlier than Saturday afternoon. More precise times will be communicated as soon as possible," 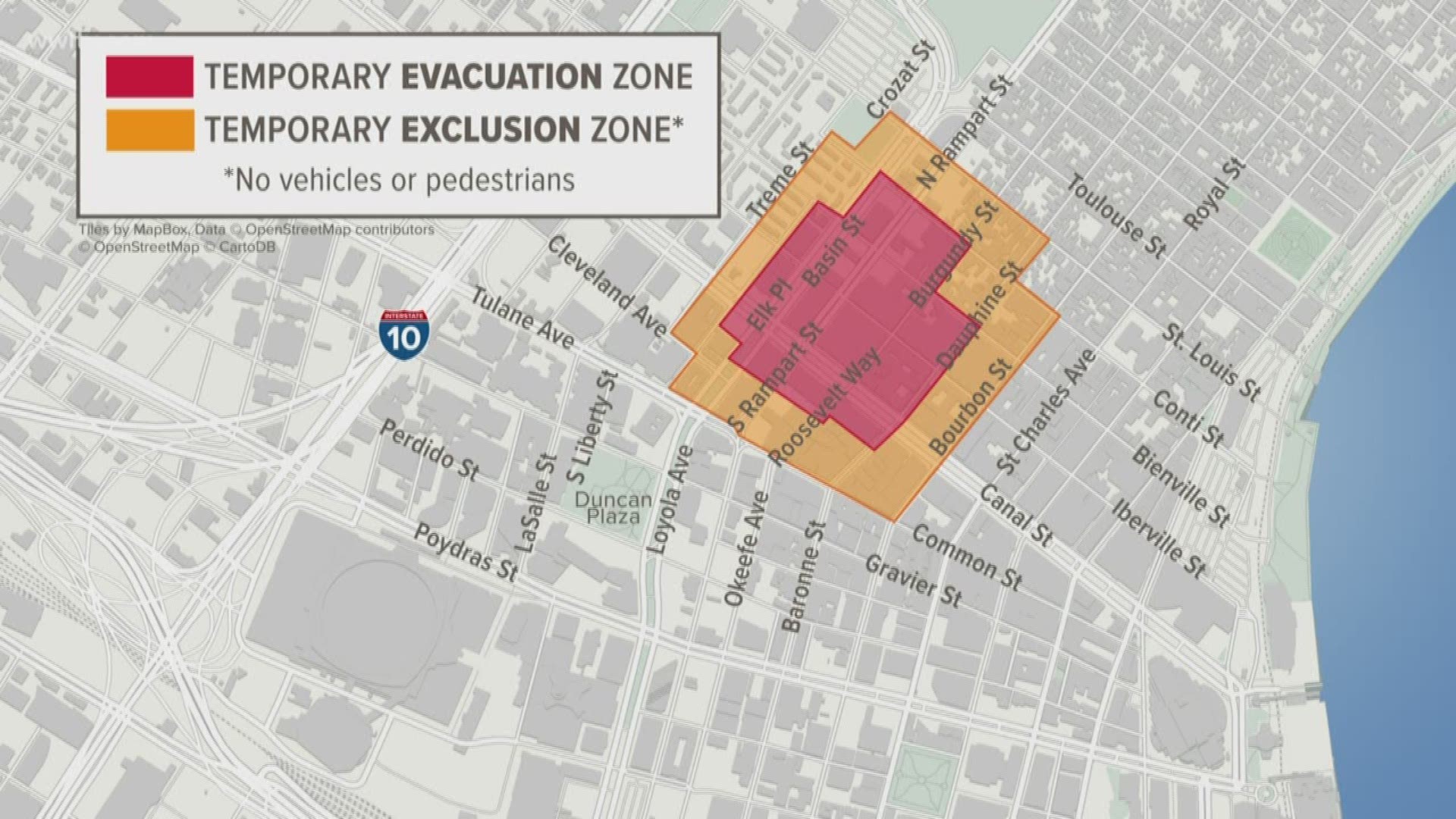 NEW ORLEANS — Ed. Note: The crane demolition has been postponed to Sunday, sometime between noon and sundown. An updated evacuation map for the Sunday demolition, which is significantly larger, has been released.

The new evacuation map released Friday widens the evacuation zone by several blocks. The demolition time has not yet been finalized.

"The evacuation order will go into effect no earlier than Saturday afternoon. More precise times will be communicated as soon as possible," the city's website said.

The temporary evacuation zones include areas between Conti Street and buildings along Canal Street and between Crozat and Dauphine streets.

Areas between Tulane Avenue/Common Street and St. Louis Street as well as Treme/S. Liberty Streets and Bourbon Street will be closed to vehicles and pedestrians.

"It is slightly larger than what we're currently doing, it's not a lot larger," Arnold said. "We will be going door to door," Collin Arnold, New Orleans Director of Homeland Security said.

City leaders hope to demolish the cranes with a series of controlled explosions that would drop them straight down without damaging gas and electricity lines and historic buildings.

Gas to a major utility line was being shut down and steps were being taken to protect that line and underground electrical lines that could be affected by falling debris.

If the operation is successful, Fire Chief Tim McConnell said, the towers will drop vertically and simultaneously. "Think of it like it's melting," he told reporters.

The construction project collapsed Saturday in blinding clouds of dust, killing three workers and injuring more than 20 people. Only one of three bodies has been recovered from the wreckage.

The cause of the collapse remains unknown. The Occupational Health and Safety Administration will investigate. Lawsuits are already being filed on behalf of the injured.