Doug Thomas needed either funding or to find the family of fallen veteran Isiah Baker to get a proper headstone. 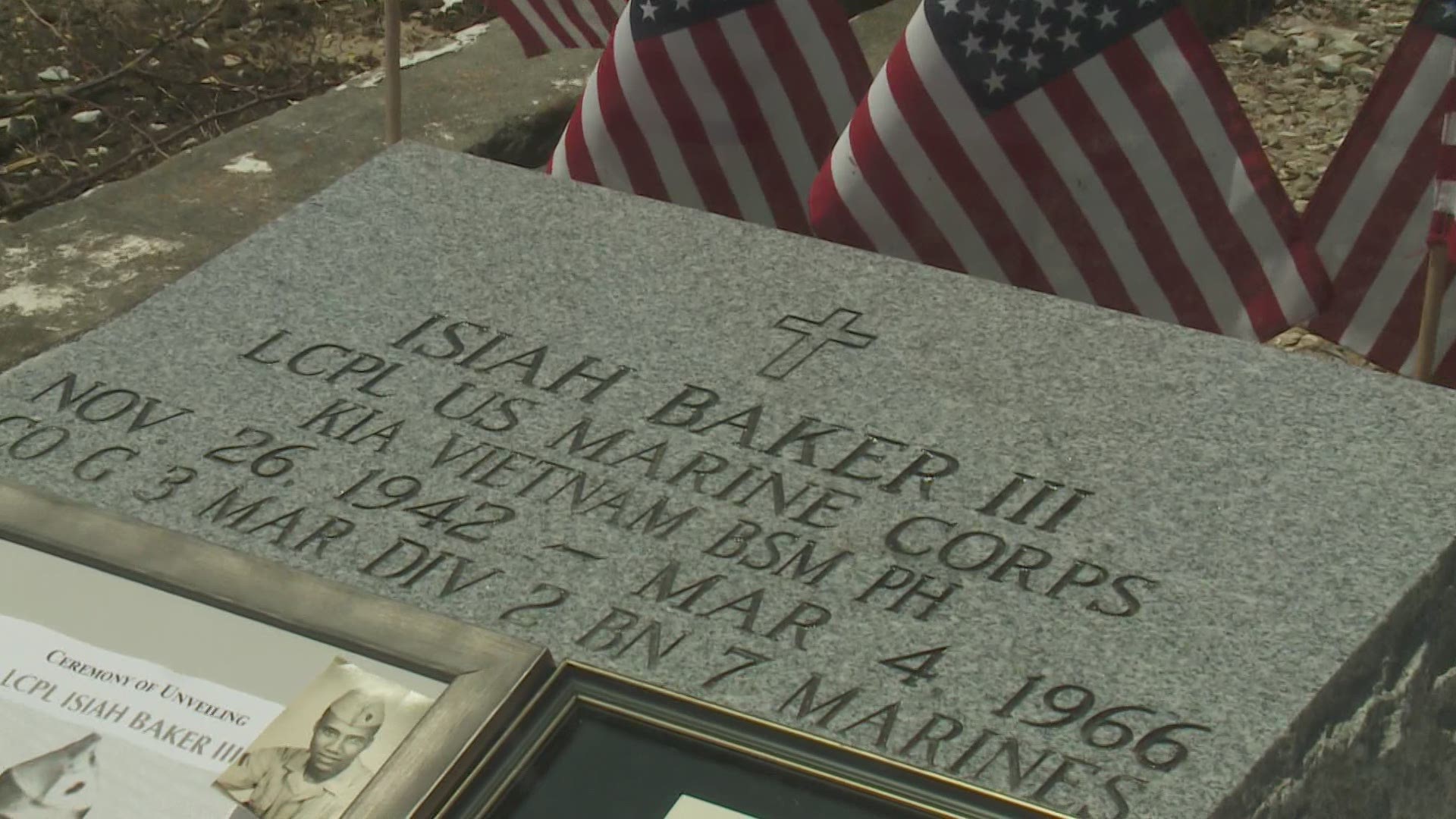 NEW ORLEANS — As the nation remembered military men and women who died serving the country, we have a follow up to a story we brought you earlier this month.

For decades, the grave of a U.S. Marine killed in action in 1966 during the Vietnam conflict went unmarked. On this Memorial Day, dignity that was long delayed was finally delivered.

To better understand the occasion, we have to go back three weeks. When we met Coast Guard veteran Doug Thomas, he was searching for any relative of Isiah Baker. He was buried at Mt. Olivet cemetery in New Orleans alongside his foster mother, Elizabeth Brown, but his family didn’t know that. The grave had no headstone for her or Baker.

Doug Thomas has spent the past five years locating, documenting, and posting the locations of various U.S. veterans who are buried in the cemeteries in the New Orleans area. He maintains a database of those location on his site www.neworleanshonor.com. When he discovered Baker did not have headstone, he was determined to change that situation.

“In the state of Louisiana there are 885 veterans that died while in service during the Vietnam War,” said Doug Thomas at Monday’s ceremony.

Thomas is reserved and often wants to direct attention to the stories of the service members he’s dedicated much of his life to studying. To get a headstone, Thomas either needed help from Baker’s family or donations.

After a WWL-TV report on his efforts first aired earlier in May, Thomas quickly got both.

Within hours of the report, the Vieux Carre’ chapter of the Daughters of the American Revolution donated money for Baker’s headstone. The Amistad Research Center at Tulane University donated money for the grave of his foster mother. Roughly a week later, Thomas met Dianne Alston and Shukree Cha-Jua, two of Baker’s siblings.

Retired Marine Sergeant Alvin Alexander spoke at the special ceremony Monday. Alexander says he and Baker grew up together in the Lower 9th Ward and both served in the Vietnam. Baker was a graduate of McDonough 35 high school. He was 23 years old when he was killed in action.

Sgt. Alexander says he escorted his friend’s casket back to the U.S., then went back to finish his tour of duty in Vietnam. He addressed his friend at Monday’s ceremony.

“I want you to rest in eternal peace and from all of us that served in the Marines, Semper Fi Marine. Job well done,” Sgt. Alexander said.

In the course of honoring this Marine, people who were once strangers are now bonded.

“Doug, my heart. This is my brother from another mother, for life,” said Dianne Alston to Doug Thomas.

When speaking of veterans, we often hear the phrase “gone but not forgotten”. With Baker’s name finally etched in stone, a grateful nation says, we remember.

RELATED: New Orleans veteran on a mission to honor Marine buried in unmarked grave with a new headstone