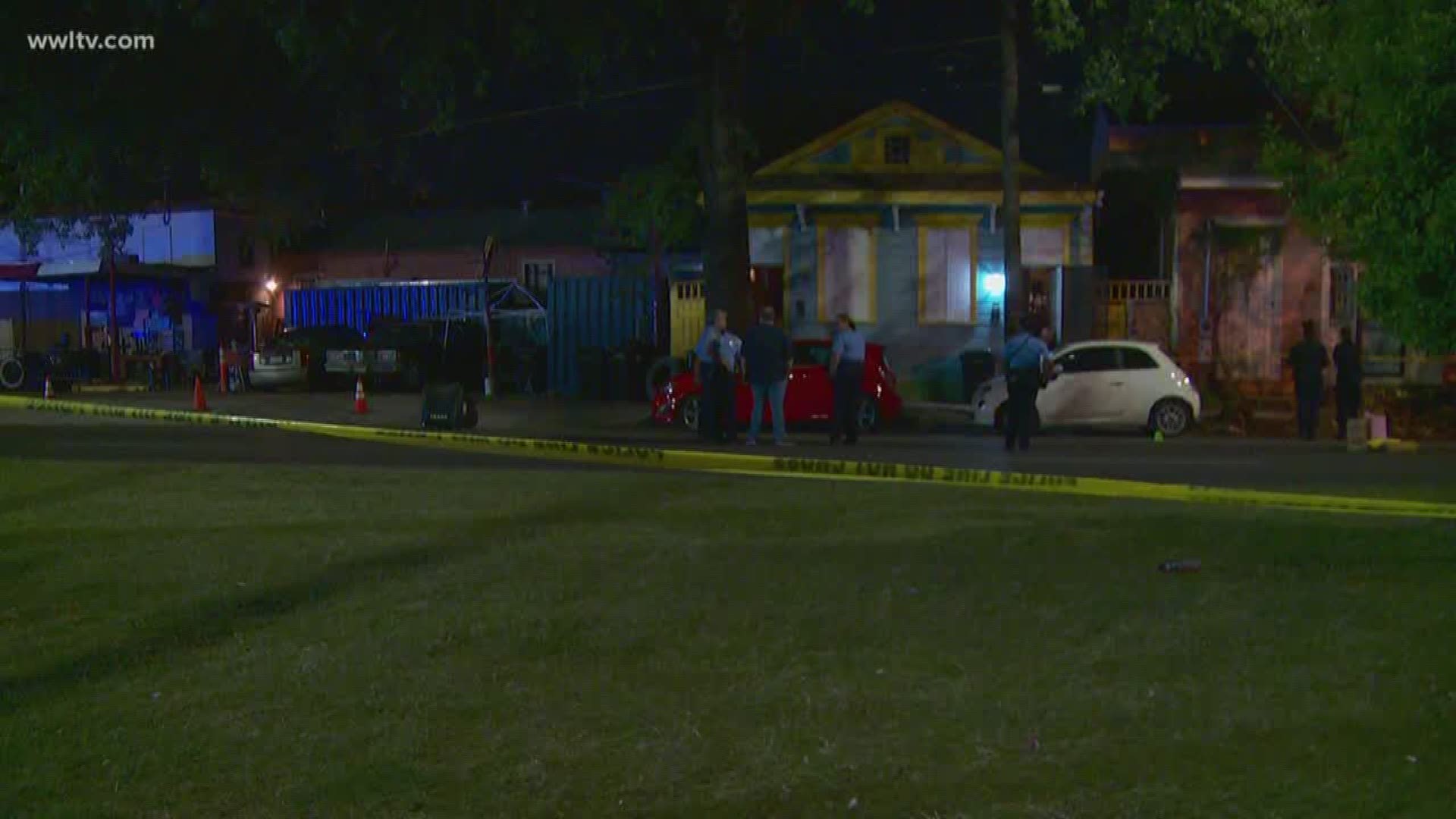 Roommates Bonnie Salvagio and Angelina Thomas were about to go to bed when the gunfire erupted outside their windows.

“I heard an automatic weapon discharge probably about nine times it sounded like. They emptied their clip,” Salvagio said. Thomas agreed. “All the sudden I just hear ‘boom boom boom,' I thought someone was breaking into the house,” Thomas said.

When they looked outside they saw a man slumped against their porch and several more people lying on the sidewalk.

“There was blood in the street, dripping down the sidewalk and dripping across the grass,” Salvagio said.

Thomas and Salvagio say the man on their porch was shot in the back and asking for water. They got him a bottle and tried to reassure him as they waited for police. Once first responders arrived, Thomas shot video with her cell phone.

They're now trying to clean the blood off their porch and they're assessing the damage to their cars. One car had a flat tire and another had the back windows shot out. Cars can be replaced but their sense of security is shattered.

For Salvagio and Thomas, shootings across the city had never directly impacted them until last night.

“This brings the violence in New Orleans very close to me,” Salvagio said. “I was in the crime scene, this brings it literally to my front door.”

Police say one victim suffered a gunshot wound to the shoulder, however an update on the conditions of the victims are not known at this time.

The investigation into the shooting is still ongoing.

Anyone with information about the shooting is asked to contact NOPD fifth district detectives at 504-658-6050. Residents can also report information to Crimestoppers at 504-822-1111.