In these empty buildings, Jazz took its first steps

Inside the 400 block of South Rampart Street are three buildings that the Smithsonian has called the most important commercial structures from the early years of jazz. 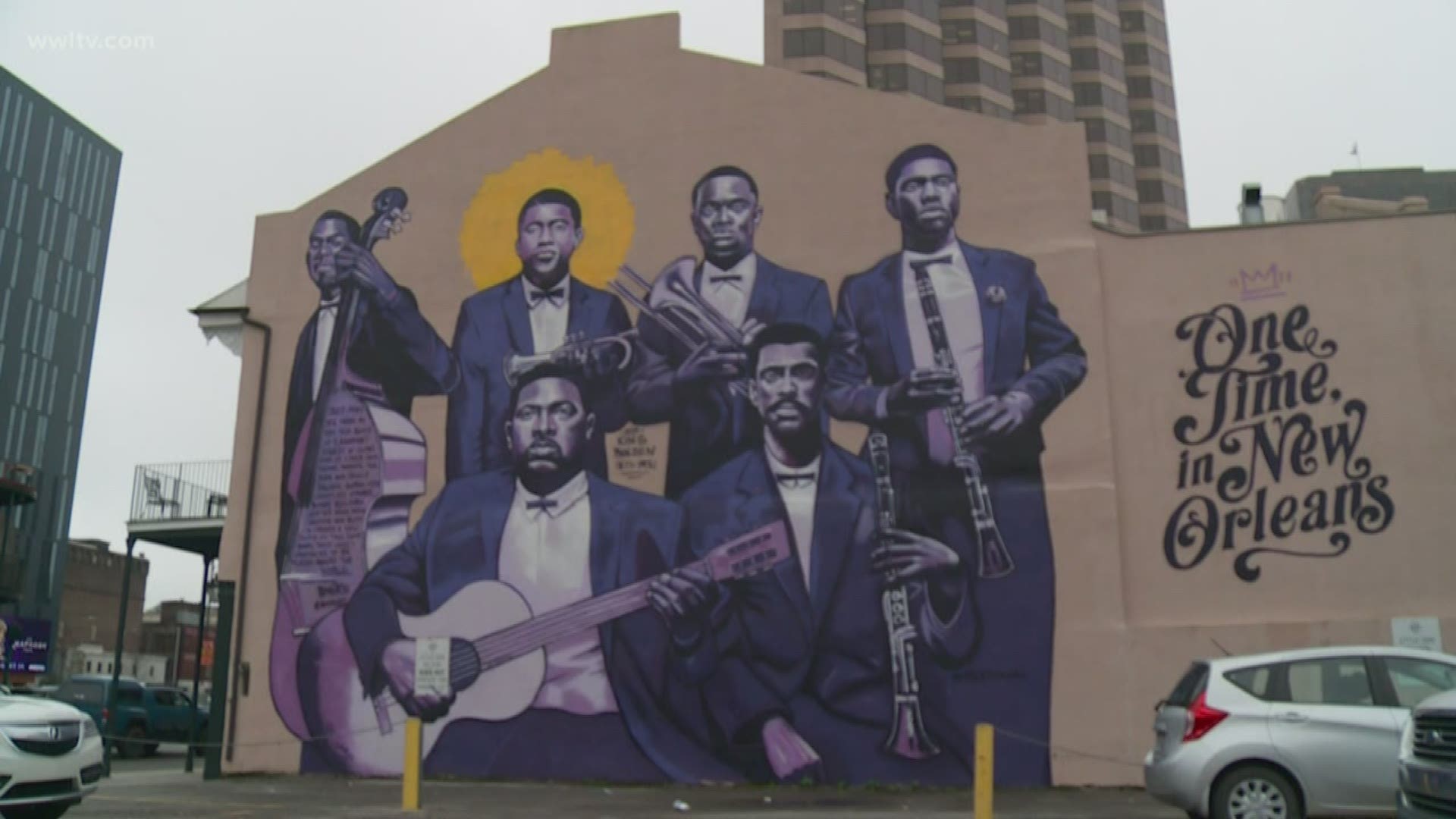 NEW ORLEANS — As we all know, New Orleans is the birthplace of jazz music. And while it seems that Treme gets most of the credit, there's a block downtown that played a huge role in the start of the genre.

Inside the 400 block of South Rampart Street are three buildings that the Smithsonian has called the most important commercial structures from the early years of jazz.

"You have the Eagle Saloon which is associated with Buddy Bolden, who was the alpha of the jazz movement. Then you go down the next two buildings and they're associated with the apex of the New Orleans music, and that would be Louis Armstrong," John McCusker explained.

McCusker is a retired journalist and author who started New Orleans' first jazz history tour in 1994. He took us for a walk through jazz's early steps.

Three buildings sit unoccupied and aren't much to look at, but this is where it all started.

Let's start with Buddy Bolden and the Eagle Saloon.

"By 1902, his reputation was such that he was known as 'King Bolden.' And on Monday nights he would play at the Odd Fellow's Masonic Hall which was part of the Eagle Saloon complex here," McCusker said.

Just a little down the street, it is the site of the old Karnofsky store. It was just a tailor shop and home to the Karnofsky - a Jewish immigrant family that employed Louis Armstrong. He was their errand boy but they treated him like family.

"Louis said it was the Karnofskys that instilled the love of singing in his heart," McCusker said. "The family would feed him and they would eat dinner together and they would sing to get the children to sleep."

McCusker said the family would sing Yiddish lullabies, but Armstrong did not speak Yiddish. Instead he would sing nonsense words with feeling, which would plant the seed for scat singing.

A few doors down used to be the Iroquois Theater, where Armstrong once won a talent contest. Between 1914 and 1928, it was a vaudeville and silent movie theater. Vaudeville was the way New Orleans jazz music first spread before it was recorded.

At the end of the block sits Little Gem's Saloon. But this building is not abandoned like the rest. And you can still hear jazz and New Orleans music here.

The building had sat empty since 1981, but Nick Bazan's family had a vision. It was a $5 million renovation.

"We built two stages. We have two bars and we have great cuisine. We do live music every night with food and people love it. They have dinner and they have a show," Nick Bazan said.

Bazan said his father felt passionate about bringing jazz music back to the block, back to where it started. Now, Nick Bazan runs the restaurant.

"It's gorgeous you know, I'm so proud of it," Bazan said. "The history - it's so beautiful and I love to tell it to my customers. I walk them around the block and I bring them back. They get so excited. I tell them that America's biggest musician used to work next door."

History continues at the Little Gem Saloon, a place where local artists are treated right, as New Orleans continues its tradition as home to some of the most talented musicians in the business.

WWL-TV reporter Leslie Spoon can be reached at lspoon@wwltv.com;