With or without support from their councilwoman, New Orleans East residents say they will continue to fight. 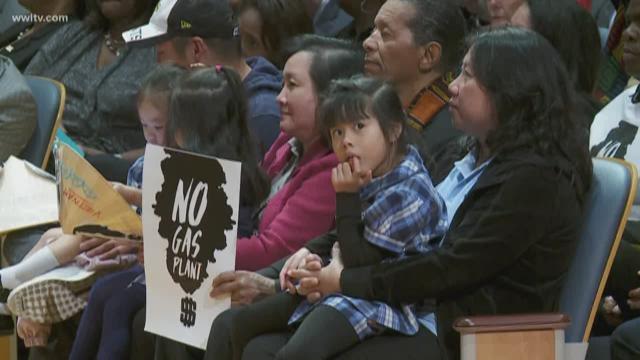 "One to Jared Brossett, one to Jason Williams and one to Latoya Cantrell," Hebert listed.

She has a few choice words for her elected officials.

"If they ever run for office again, this vote will be remembered," she warned.

The New Orleans City council voted 6-to-1 in favor of building a new Entergy power plant in New Orleans East.

Those in favor of the project say it will take pressure off the grid when the power demand is high. But residents are concerned about the environmental impact, the health impact and they don't want it in their backyard.

"They would not try to put this in any other district," Hebert said.

Herbert sat inside council chambers all day yesterday listening to pleas from her community to vote "no" on the project. She says the comments seemed to fall on deaf ears.

"A few of the council people were not even listening, their heads were down looking at cell phones or standing in the background talking to someone," Hebert observed.

"The incoming council person has not attended any of the meetings regarding this Entergy plant nor were they at the city hall meeting yesterday," Hebert pointed out.

WWL-TV reached out to Nguyen for her reaction to the power plant being built in her district. Her spokesperson says she has no comment.

"Her own community came out in full force but she has not come out with an opinion one way or the other," Hebert said.

With or without support from their councilwoman, New Orleans East residents say they will continue to fight.