“Don't be surprised if when April rolls around, we still may be dealing with this pandemic." 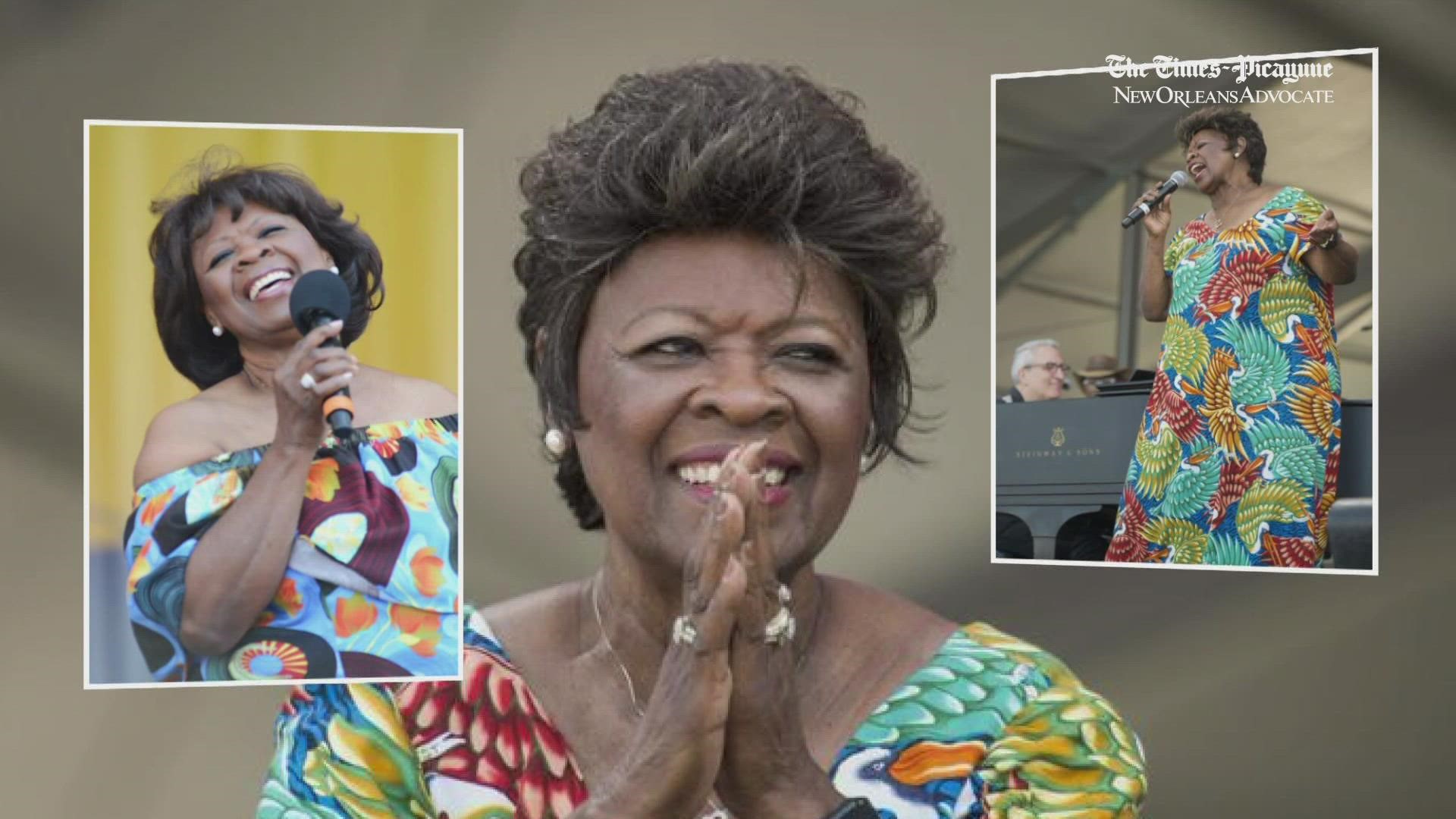 NEW ORLEANS — For the many thousands of Jazz Fest fans in New Orleans and around the world, there’s a lot of disappointment.

For the thousands of others who work behind the scenes, as well as the entertainers who work the crowd into a frenzy, they just lost what may be their biggest of the year, two years in a row.

“All I can say is to those who are musicians who have been thinking about getting vaccinated, stop thinking about it and do it,” said Grammy-Award winning singer Irma Thomas.

A performance at the Jazz Fest is inked in Irma Thomas' calendar every year since 1975. Now, she had to scratch it out again.

Thomas heard about the cancellation like everyone else, from friends and news reports. She's gotten no official call, but expects one soon.

She looks at some of the positives. Next year’s Jazz Fest won't be during hurricane season, new NOPD recruits will add more numbers for safety, and more people can get a vaccine, which is proving to lower the risk of serious illness from the highly contagious Delta variant of the coronavirus.

“And so the Fest wants everybody to come and have a good time and not be concerned about becoming sick," Thomas said. "So whatever it's going to require and push it back to April, so be it.”

But she knows this will hurt restaurants, hotels and tourism.

“Especially musicians who work paycheck to paycheck, how are they going to survive? Musicians don't even qualify for unemployment because they're self-employed," Thomas said. "Sure, it's going to hurt the pocketbooks, but by the same token I rather have an empty pocketbook than be buried."

She is thankful a vaccine was available just in time for her 80th birthday in February. Still she takes no risks.

“Ironically, I had already planned to make a mask to match my outfits so,” Thomas said with a laugh.

She remains hopeful and says she can't worry about things she has no control over.

“New Orleans is a survival city. I mean, we've survived through many so called catastrophes, and we're still here.  I am very optimistic when it comes to that,” she noted.

But at the same time, with people unvaccinated and no vaccine yet for children, she is a realist.

“And don't be surprised if when April rolls around, we still may be dealing with this pandemic. So I'm hoping that those out there that have not been vaccinated, please go,” she pleaded. “Get it done.”

We contacted the Jazz Fest and AEG, the co-producer of the Fest, for more on the decision to cancel the Jazz Fest in October, but neither got back to us.