Sidney Torres with IV Waste announced he is working as a subcontractor to Metro Disposal and the City of New Orleans. 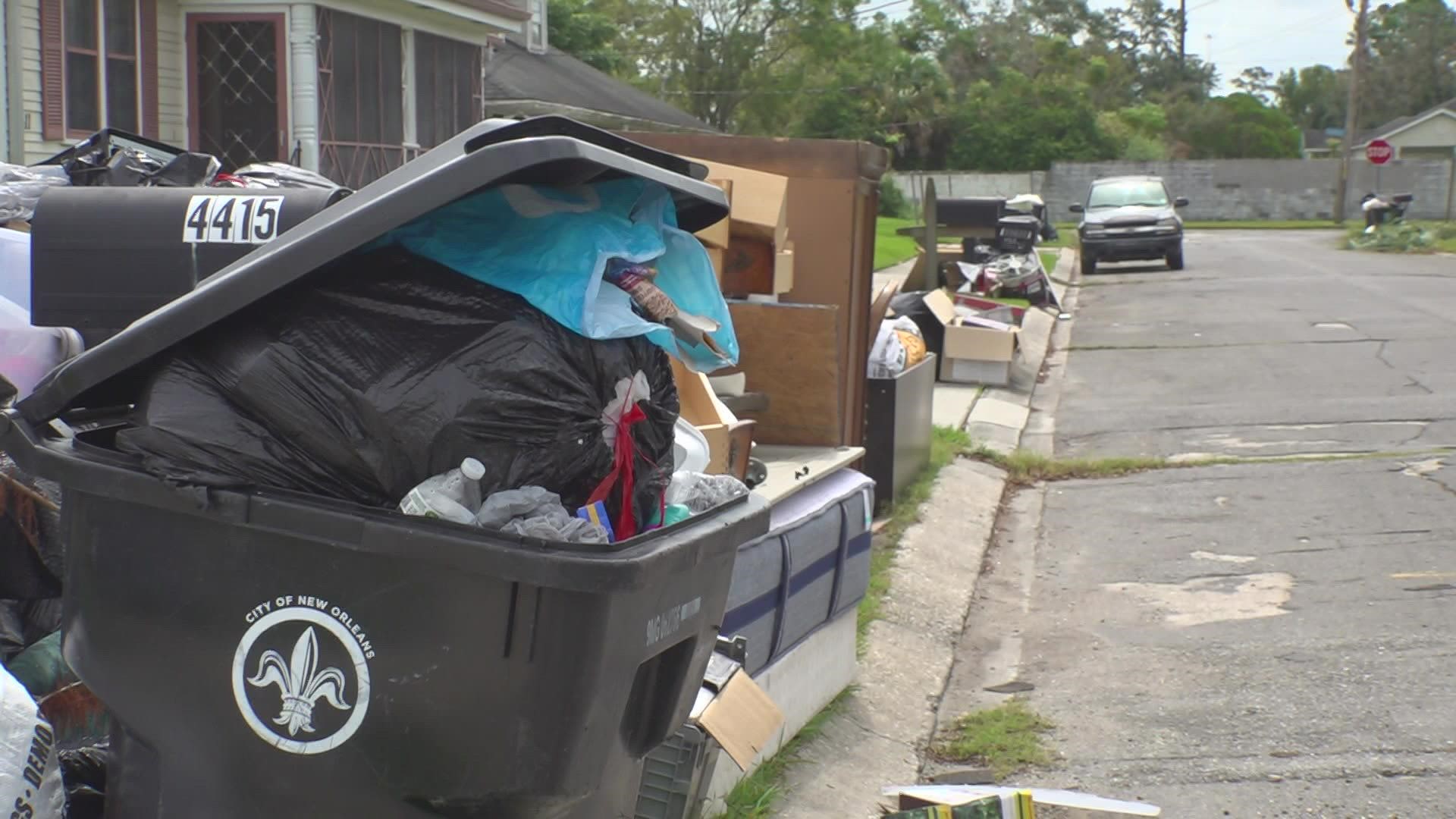 NEW ORLEANS — The City of New Orleans continues to have issues picking up trash more than two weeks after hurricane Ida.

During a news conference Tuesday, City spokesperson Beau Tidwell said crews had only picked up 5 percent of 300,000 tons that the city estimates is out there.

“It’s a numbers game,” Tidwell said. “The numbers are not on our side. We need to set expectations that there is not going to be a quick and easy fix to this.”

The city blames the impacts of the waste industry shortage, saying crews are dealing with less staff and resources and three times the amount of work. But more help has been hired.

Sidney Torres with I-V Waste announced Tuesday he is working as a subcontractor to Metro Disposal and the city of New Orleans while still working with his other clients.

“As soon as the landfill opened we started back picking up garbage in St. Bernard, Kenner and our commercial customers,” Torres said. “Now we are able to help Metro in New Orleans pick up in the Lakeview area and the reason why we do Lakeview and the areas close around our corporate office, logistically, is that it allows us to get to the landfill on time."

Torres says they could expand to add other neighborhoods but it’s going to take time, routes were taking much longer than usual.

The city, meantime, is asking for patience during a time when it’s hard to wait.

“We urge patience. We know it’s stinky. We know it’s unpleasant. It’s not something anyone would wish for but where we are is something we are working through as quickly as we possibly can, given the constraints of the resources we have,” Tidwell said.

The city expects to complete initial first passes of all routes by the end of this week.

RELATED: All New Orleans trash will be picked up by late next week, officials say