Jackson Square itself was blocked off to the public as protesters called for the removal of Andrew Jackson's statue. 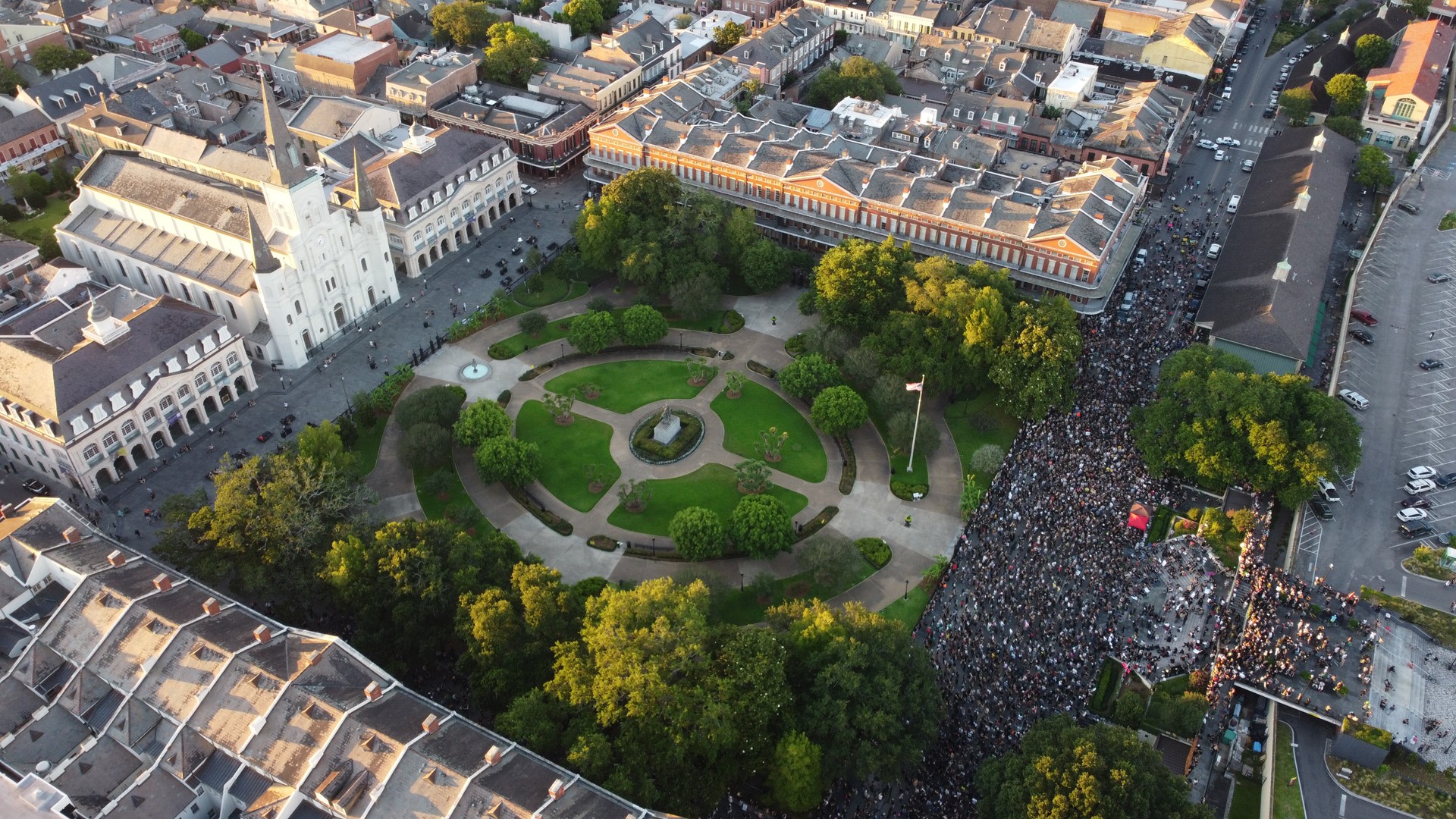 NEW ORLEANS — Thousands gathered in the French Quarter Friday for another night of peaceful protests in New Orleans.

Crowds filled the area around Jackson Square and St. Louis Cathedral as a series of speakers called for an end to police brutality and drastic changes to police departments across the country.

Jackson Square itself had been closed off to the public, possibly to keep the state of Andrew Jackson secure as protesters called for its removal.

Not many uniformed officers could be seen around the crowd as speakers called on those gathered to fight for change.

Protests have been peaceful in New Orleans, except for on Wednesday night when NOPD officers refused to let marchers cross the Crescent City Connection and fired tear gas to disperse the crowd.

The possible use of rubber bullets by officers is also being investigated by NOPD.