Jefferson Davis Parkway could be renamed for Norman Francis

“I don’t want the next generation of children to come up riding down streets that have memorialized the confederacy." 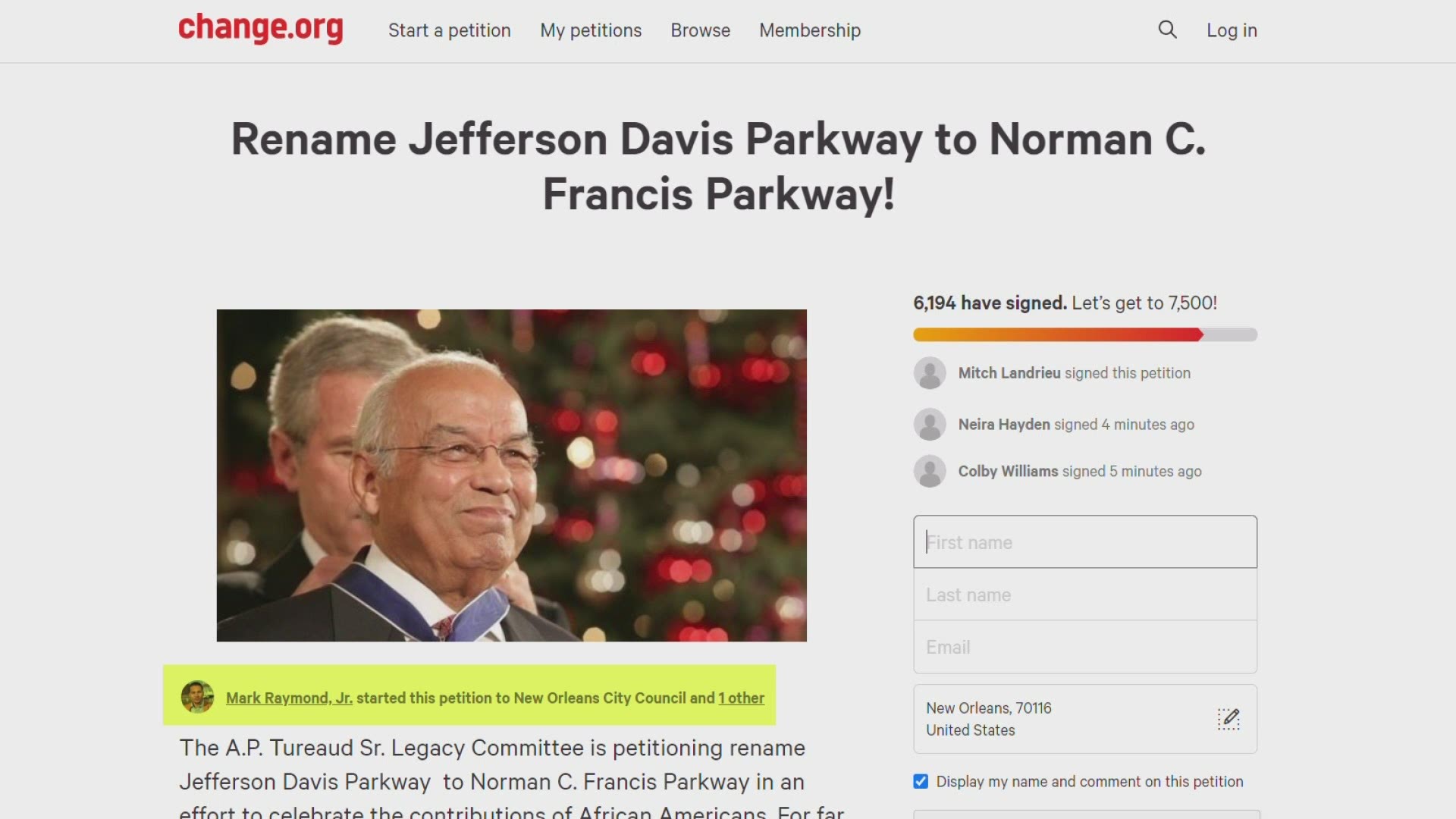 NEW ORLEANS — The city of New Orleans removed the statue of Jefferson Davis along with three other confederate monuments three years ago.

But the president of the Confederate States of America’s name remains on a parkway that runs through the city past the pedestal of the old monument in Mid-City.

Raymond is also a member of the A.P. Tureaud Sr. Legacy Committee.

“I don’t want the next generation of children to come up riding down streets that have memorialized the confederacy,” Raymond said. “It’s time to move on from this.”

Raymond is now calling for the name of the street to be changed to the Norman C. Francis Parkway.

The street runs past Xavier University where Francis served as president for nearly 50 years.

According to Raymond, the murder of George Floyd in Minneapolis police custody lit a rage inside of him.

He said he is now directing that pain to help make a positive change in New Orleans.

“I want to thank all the protestors that have been out there protesting the death of George Floyd, but this is protesting in action,” Raymond said. “This is taking that movement and moving it forward.”

Xavier's current president, Reynold Verret, resubmitted an official request to the City to rename Jefferson Davis Parkway in honor of Norman Francis. The request was first made in January 2018.

Moreno and Council President Jason Williams plan to bring up the name change idea at their next meeting.

“This is a small step,” Moreno said. “We know that. But it is an important step as well. I do believe that this is just the beginning of taking a look at other street names that should be changed as well.”

Raymond said until Jeff Davis’s name is removed from the parkway, it remains a reminder of racism and the enslavement of the black community.

“Like my shirt says “History has its eyes on us”, Raymond said. “Let’s make the change today.”

The online petitions can be seen here and here.

RELATED: 'You changed the world George': Floyd's memorial service in Minneapolis marked by calls to action