"The most important thing is have and wear a flotation device. We eliminate nearly 75% of boating fatalities nationally." 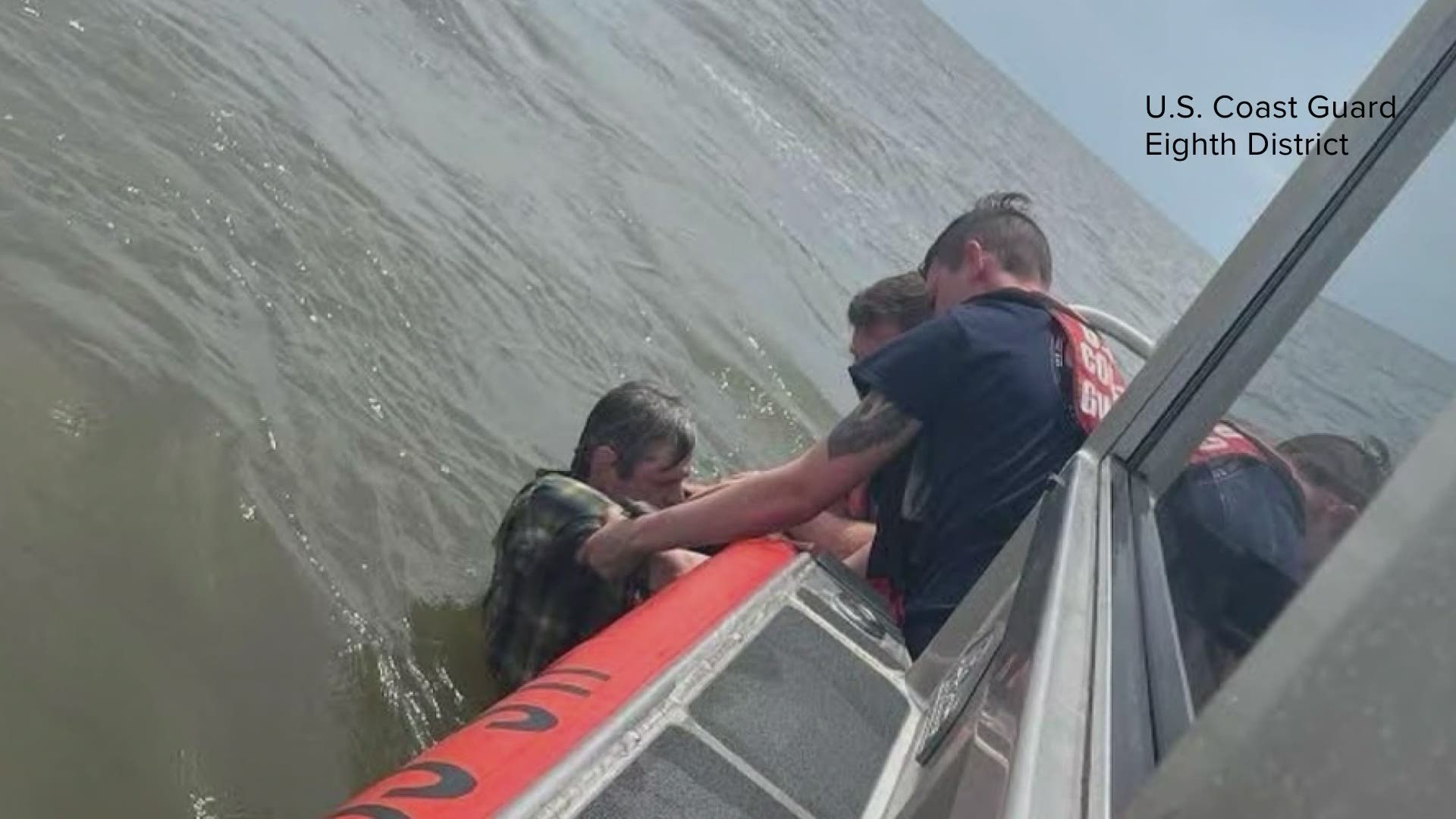 NEW ORLEANS — The U.S. Coast Guard is praising the quick thinking of a kayaker who capsized in Lake Pontchartrain Wednesday.

A calm day fishing on Lake Pontchartrain turned frightening, when a kayaker found himself in a bad situation.

"It's urgency," Petty Officer Lee Loudermilk said. "We've got to get him out of the water as soon as possible."

Around 2 pm, a train operator saw an overturned kayak near the Highway 11 railroad bridge.

"He said he got caught in a popup storm," Loudermilk said. "He tried to anchor, it didn't hold and he did about 2-3 flips and on that last flip he couldn't re-right his kayak."

Loudermilk was part of the Coast Guard crew that responded.

"I was the first one to make contact with him," he recalled. "He said 'Man, I'm so glad to see you all, I need to get out of here I can barely stay afloat.'"

And he says they got the kayaker out just in time.

"He had been under our care for about 35 minutes, and I look at him, and I was like 'Hey, how long have you been out here?'" said Loudermilk. "He said, 'Roughly, I've been treading water for 2 hours.' I thought that was incredible."

Officials say the kayaker, who is believed to be experienced, did several things that helped save his life. And if you ever head out on the water, they say they are all things that can help save your life as well.

"I think the layered safety strategy made a difference," Paul Barnard said. "He wore his life jacket, he stuck with his kayak, he had the right vessel for the environment."

Barnard is the Recreational Boating Safety Manager for the Coast Guard, Eighth District. He knows a thing or two about boating safety.

"Something as simple as a 99 cent orange bandana to make you a much more visible search object can help," he pointed out.

Things like a VHF radio, personal locator beacon, and even a radar app downloaded on a cell phone can all be handy. But there is one thing that's a must.

"The most important thing is have and wear a flotation device," he said. "We eliminate nearly 75% of boating fatalities nationally."

"Just to be there to save his life and when he needed us the most was the most gratifying feeling I've ever felt in my 5 year career," he said.

And he hopes it'll be an important reminder for boaters to always be safe and ready.