“We have a wonderful, beautiful neighborhood. And we’re forced to live with this. Not just eyesore, but rodent situation." 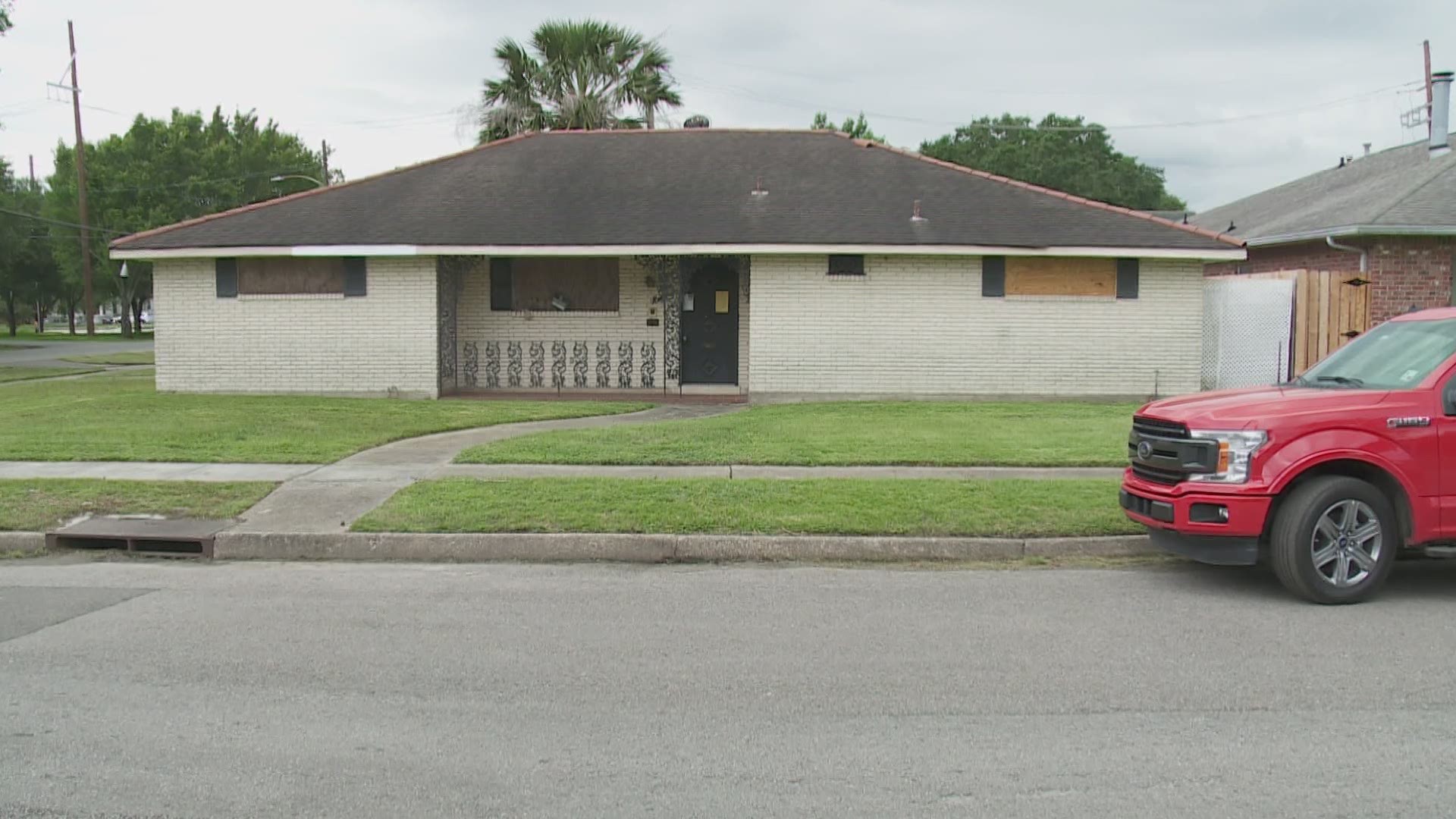 LAKEVIEW, La. — Birthdays are a reason to celebrate. Thursday evening, in Lakeview, there were party hats, sweet treats, and smiling neighbors.

There were even personalized invitations for the Sweet 16 celebration. But these invitations poked fun at the 16 years the home at Florida and Vicksburg has been decaying.

“This came out of, like, what else do we do?” said Connie Uddo.

The theme of “Sweet 16 and Never Been ‘Fixed’” was Uddo’s tongue-in-cheek idea. Uddo is a huge philanthropist who has run several non-profit organizations. She’s been on the front lines of New Orleans recovery since Hurricane Katrina.

But the home in her own backyard hasn’t been lived in or really cared for since then.

“We have a wonderful, beautiful neighborhood. And we’re forced to live with this. Not just eyesore, but rodent situation, black mold situation, a pool that has water in it again because all the board are popping. And now we’re going to have another mosquito infestation,” she said.

Uddo and neighbors have gone to city council meetings, filed complaints, tried to work with code enforcement, and even tried to offer their own help to the homeowner in the past.

There have been thousands of dollars in fines and liens, and neighbors said the owner narrowly saved the home from sheriff’s sale more than once.

Complaints include rodents, possums, mosquito infestations, and possible black mold outside of the home.

In 2018, as a hole in the wall surrounding the home’s backyard crumbled, the issue even sparked a new ordinance on abandoned pools. Councilmember Joe Giarrusso filed the change, legally requiring abandoned pools to be filled.

Still, the home at 5700 Vicksburg was allowed to cover the pool with wooden boards.

“The homeowner needs to be forced to sell or tear down and fill in that pool,” said Uddo.

“There comes a point where you’ve gotta throw the book at people, and say, you have been somebody who has been a persistent violator, and we really need to make sure that we up the ante to make sure you fix the property or you divest yourself of it,” said Giarrusso.

“I think there now really needs to be a focus on these Katrina homes that we know are abandoned and this isn’t the only one.”

Neighbors photographed the homeowner, who lives elsewhere in the city, cleaning up the property Wednesday night. She also paid to have the lawn mowed, but they say upkeep only occurs when the owner has been cited by code enforcement.

In true New Orleans fashion, frustration with the city’s lack of action comes with a sprinkling of satire.

But Faubourg Florida wants this to be the last birthday blight celebrates in their neighborhood.

“I’m not excited about this. I don’t want to do what I’m doing right here. But I’m fed up,” said one neighbor, who asked to be referred to as Sal.

Long-term, neighbors say they want the homeowner forced to sell the property or tear down the home.

RELATED: 'End of the era' | Demolition begins at McDonogh 11