“It’s a tradition that we’ve had for I think about 40 years now,” said Charleen Schwank, Head of School at St. Paul’s. 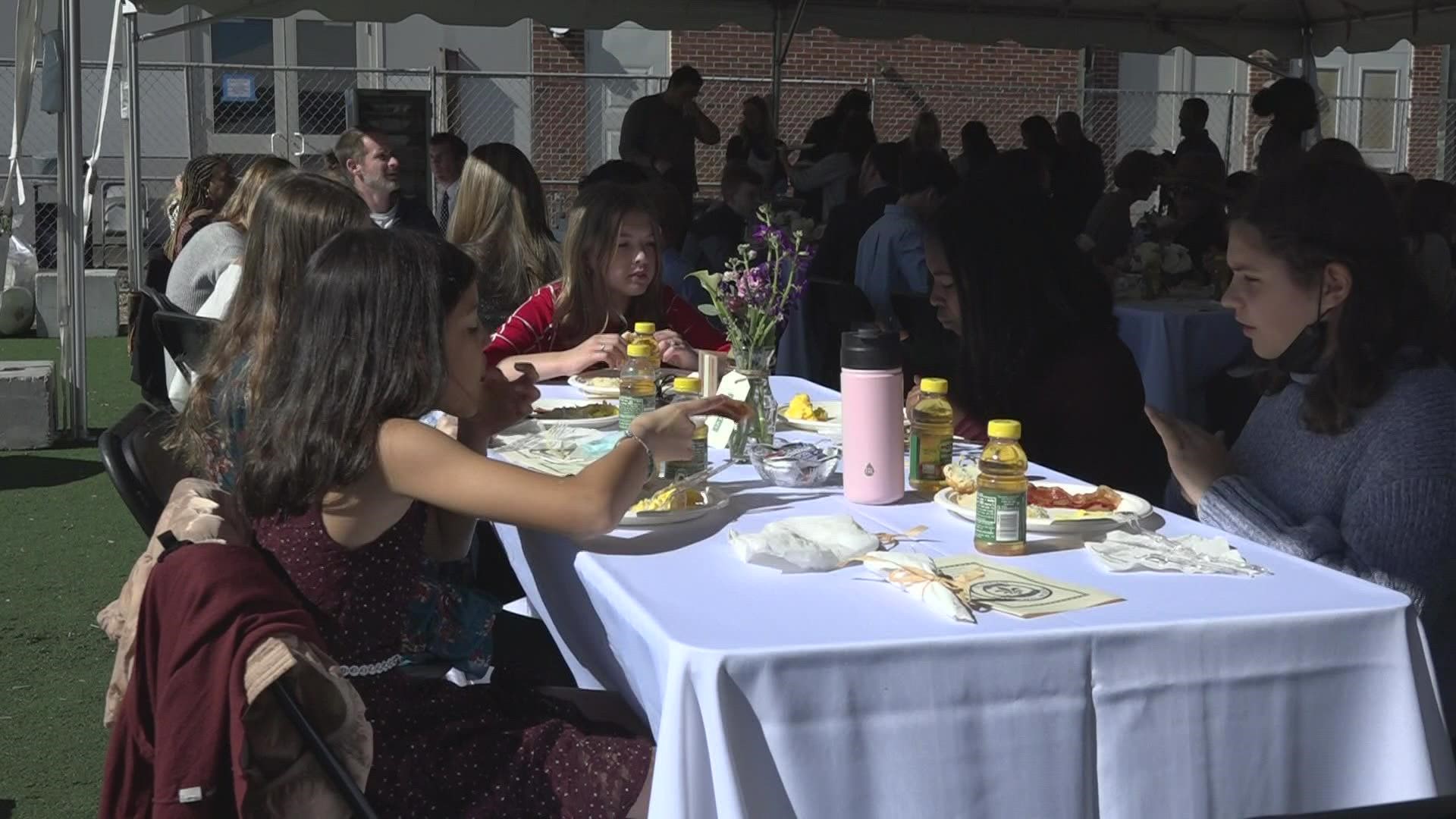 LAKEVIEW, La. — A school in Lakeview was able to continue a treasured Thanksgiving tradition this year, despite some major challenges nearly derailing it for the second year in a row.

St. Paul’s Episcopal School was heavily damaged during Hurricane Ida. Every building on campus, including the church, had to be gutted, repaired, or renovated.

Since the storm, students have been separated by grades at different buildings throughout New Orleans. But Tuesday, the school was able to host the Thanksgiving Feast tradition it has held for decades.

“It’s a tradition that we’ve had for I think about 40 years now,” said Charleen Schwank, Head of School at St. Paul’s.

Parents and staff, along with the chair of the brunch Glenda Gentinetta-LoCicero, were able to put a tent on the school’s turf area and set up tables and chairs for each student.

It was a big job, but it got the students together under one roof for the first time in a long time.

“I haven’t been to school or church here in forever. It’s been a crazy few months,” said Jonathan Burge, president of the eighth-grade class.

“It’s usually in the gym back there, but we’re making do this year,” he said.

“Making do” meant swapping traditional Thanksgiving fare for classic breakfast food like bacon and eggs. Parents served students as they gulped down orange juice and chatted away.

The traditional brunch has only been canceled twice; once for Hurricane Katrina, and last year during COVID.

“One day we’ll have our facility back. But in the meantime, we have the ability to gather. And that’s very important,” said Schwank.

The kids at St. Paul’s don’t know when they’ll be back in their school buildings and truly together again.

They also collected donations for several New Orleans organizations to spread the love this holiday season.