The gator was spotted walking near City Park Friday morning. 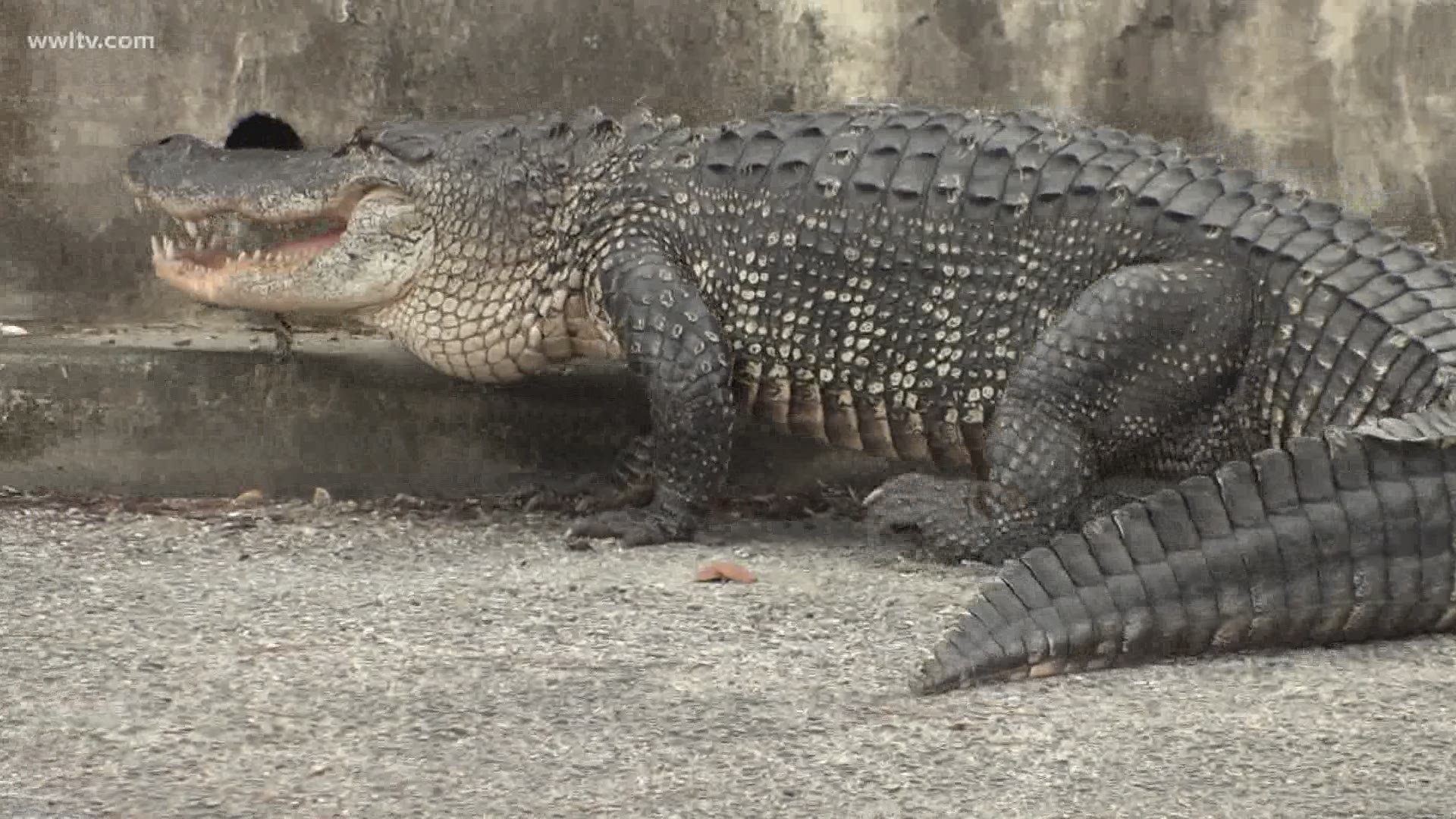 NEW ORLEANS — A large alligator found walking on the street in Lakeview was killed Friday morning because it was reportedly too big to relocate.

The 12-foot alligator was first spotted between French and Germain streets (near Harrison Avenue) in Lakeview around 8 a.m. Police officials said it came out of the water from the pumping station.

It was walking on the grass on the other side of the Orleans Canal from City Park, then made its way onto Orleans Avenue.

Viewer James Dominguez captured video of the reptile. In it, he expressed his surprise to see such a large gator on the street. While Louisianans are no stranger to alligators, his surprise was mirrored on social media.

At least six New Orleans Police Department units responded to the street, keeping their distance and calling the Department of Wildlife and Fisheries.

The Louisiana Department of Wildlife and Fisheries told WWL-TV reporter Duke Carter that after assessing the situation, wildlife personnel had to make the decision to kill the animal because it would be too large to relocate.

With many people free for the 4th of July holiday weekend, the sighting drew a crowd to Orleans Avenue.

"Someone texted it too me and I hoped on my bike and rode over," one man told Carter. "It's nothing something you see everyday."