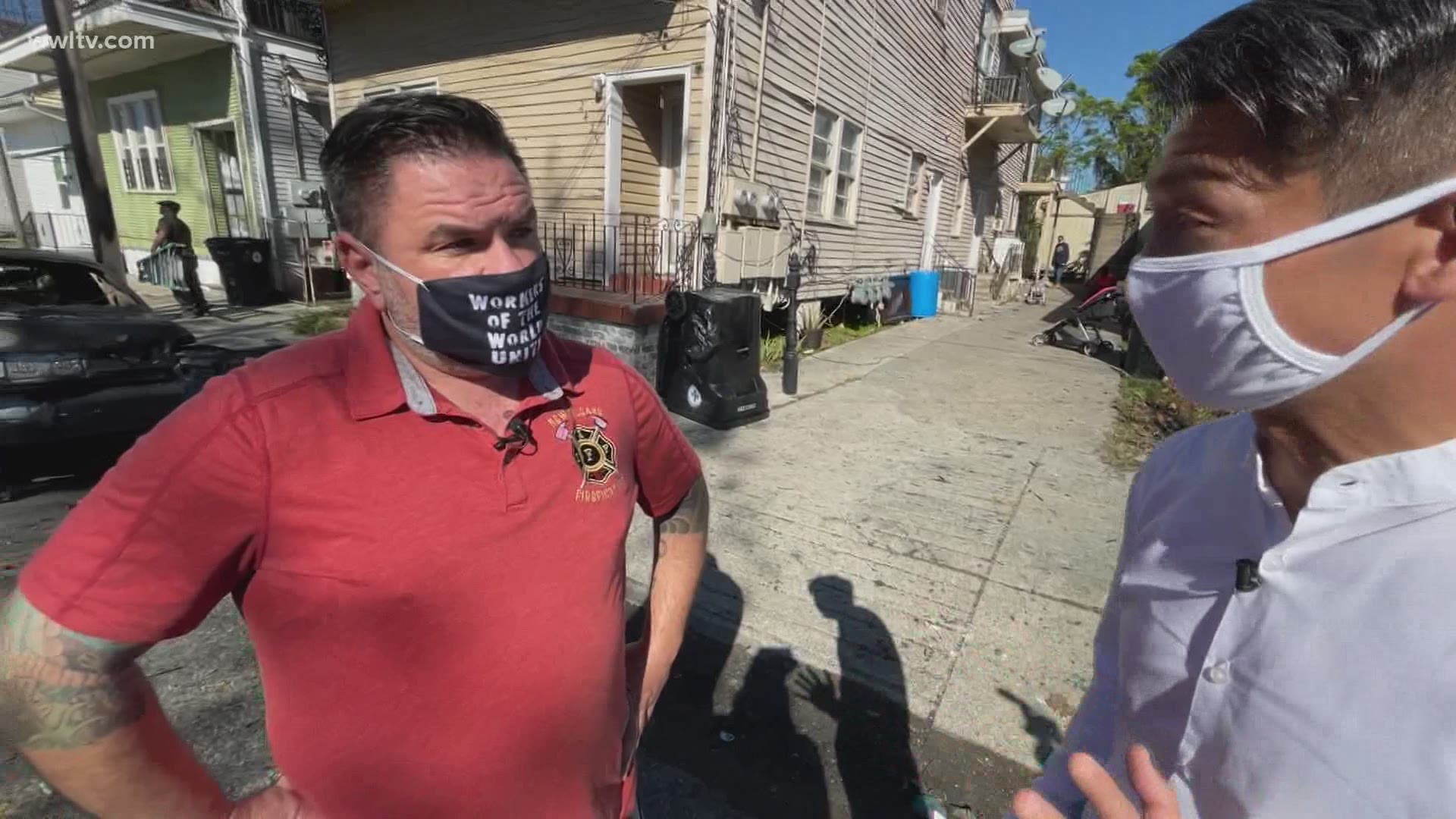 NEW ORLEANS — They are the ones who run to the emergency, but that responsibility in New Orleans is getting more complicated because of the pandemic and the economic disaster accompanying it.

Some first responders like New Orleans firefighters and police are saying pandemic related furloughs are forcing them to work with fewer people.

“Without a full complement of firefighters on the job, we can’t do our jobs effectively and fires are going to continue to get bigger.  Lives are going to be lost,” said Aaron Mischler, president of the New Orleans Firefighters Association.

“We saw police overtime eliminated during the last half of this year, coupled with the furloughing of officers,” said Rafael Goyeneche of the Metropolitan Crime Commission.

For the New Orleans Police Department, furloughs are taking place at a time when murders in the city are up roughly 70-percent.  Carjackings are up more than 150- percent.

Police and firefighter unions have been very vocal, saying the furloughs threaten public safety. The Cantrell administration has maintained furloughs are not dramatically affecting response times and there is no data to say otherwise.

More recently, the mayor called attention to more budget problems if voters didn’t pass certain tax proposals in the election earlier this month.   Mayor Latoya Cantrell was very clear that furloughs could turn into layoffs without the tax proposals being approved.  Due to a sharp decline in tax revenue, the city of New Orleans must cut $110 million from next year’s budget.

Voters recently rejected the tax propositions.  So, should the city brace for layoffs now?  Aaron Mischler layoffs would be chaotic.

“Layoffs would decimate the entire city. More lives will be lost,” said Mischler.

The interim superintendent of the New Orleans Fire Department says the department is doing its best to minimize the effect of furloughs.  Whether the city will be forced to lay off first responders, he says he’s not in a position to predict that.

“That it is kind of above my pay grade because right now we don’t know what the impact of the millages not passing on the budget are going to be.  So, we are in discussions with the mayor and the chief administrative officer right now.  We’ll all find out relatively soon,” said interim superintendent Roman Nelson.

As we wait, some police and firefighters say staffing is already dangerously low and that’s under temporary furloughs.