It bans employees from “engaging or responding to negative or disparaging posts about city departments, employees or policies.” 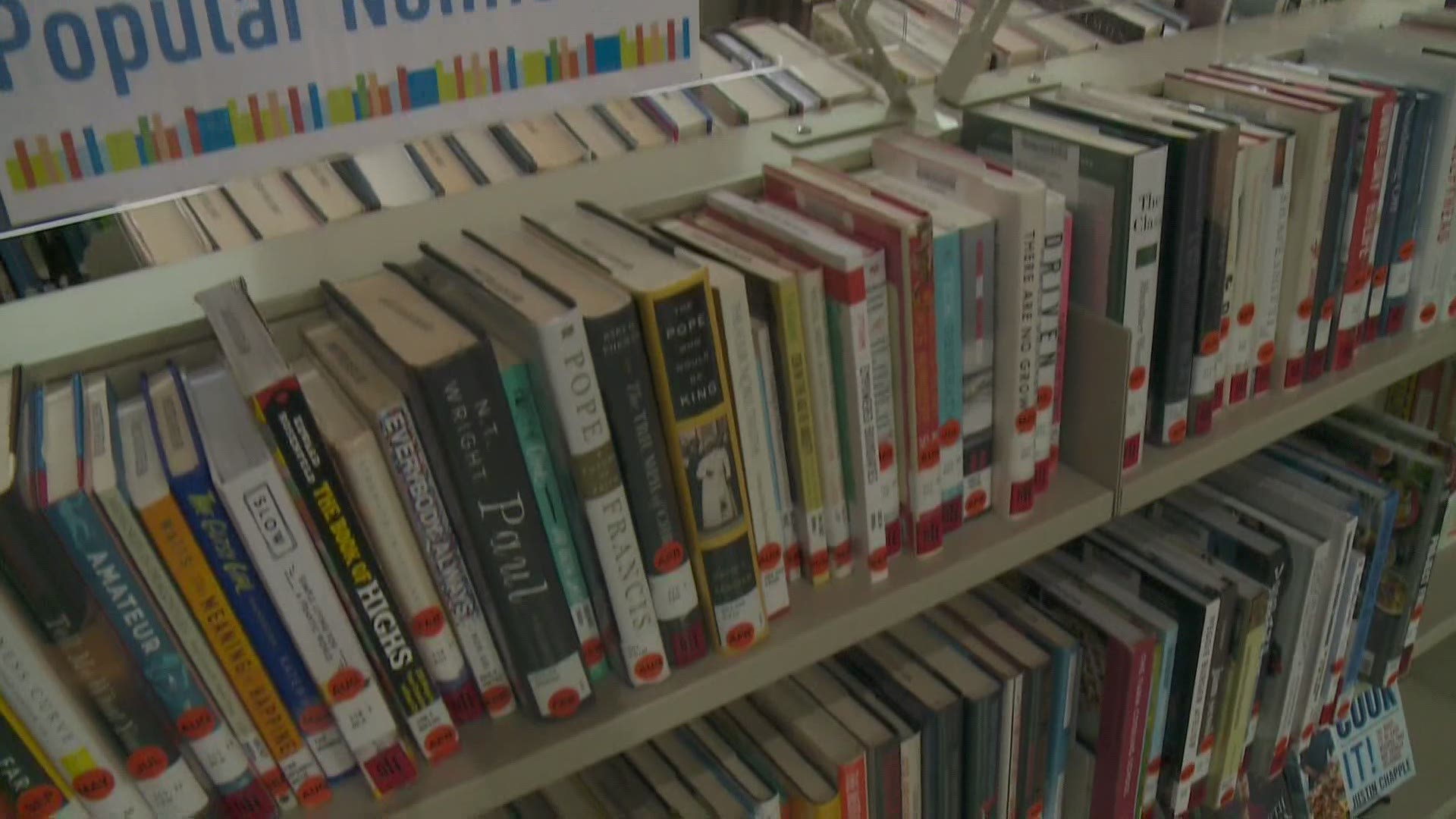 NEW ORLEANS — Two public library workers have filed a federal lawsuit against the city of New Orleans, Mayor LaToya Cantrell and her top deputy, alleging that a June 2020 policy infringes on their free speech rights and threatens to punish them for any criticism they may express, even in their private lives.

Andrew Okun and Erin Wilson filed the suit Thursday, claiming they initially balked at the new policy when it was announced in June but were required to sign onto it in August to keep their jobs. Both library employees are active on social media in their private time and are concerned the broad language of the new policy will prevent them from expressing certain beliefs or concerns.

“To file this lawsuit, it does feel like we're putting ourselves at risk,” Okun said in an interview with WWL-TV. “It feels like it's worth it because it's unconstitutional, because it's an egregious overreach, because it shows such a lack of care or concern for the rights of city workers.”

“Once you start to lose things like your freedom of speech, I am terrified, even more so than I am for myself, of other civil rights slowly starting to be eroded.,” Wilson said.

City Chief Administrative Officer Gilbert Montano issued revisions to Policy No. 83(R), on June 17, 2020, that specifically addressed employees’ use of social media, including what employees can say on private messaging channels such as Slack and Discord or while playing online video games at home. It bans employees from “engaging or responding to negative or disparaging posts about city departments, employees or policies.”

“If I were to send Erin a message via Slack, for example, you know, a private message criticizing, say, like a leak in a library building or the Hard Rock collapse, something of that nature, that could technically be in violation of this memo,” Okun said.

Wilson is especially concerned about the use of the term “offensive.” They use gender-neutral pronouns, regularly comment on TikTok and other social media about transgender issues and are worried about how the city will define “offensive” information.

“I'm a transgender person. My very existence could be considered offensive, depending on who's reviewing myself, my personhood or anything that I say,” Wilson said.

Cantrell spoke out this week in support of transgender athletes, but Wilson said the policy memo goes beyond any passing statement.

The fear of retribution is more than theoretical for Wilson. On March 16, 2020, they spoke out in an anonymous interview with WWL-TV about the city’s decision to keep libraries open to the public, even though schools statewide had already been closed for three days because of the pandemic.

At a time when few people were wearing masks, Library Director Gabriel Morley had sent an email to library employees on March 13, 2020, telling them to report to work as normal. Dozens of library workers called in sick after that and signed a petition asking the city to reconsider.

Speaking anonymously at the time, Wilson told WWL-TV that library employees feared for their health and were not being allowed to claim civil leave to avoid exposure to the coronavirus.

Shortly after that, the Cantrell administration reversed course and closed the libraries to the public and allowed workers to claim civil leave. But the library employees had used an online Slack channel to organize their opposition to staying open, and a post from a library manager to staff said, “The mayor is not happy with the library right now.”

“The only reason the library shut down in the first place and the only movement forward has been completely due to the voices within the system, begging to be treated with the respect we deserve,” Wilson said during the anonymous interview.

Wilson’s anonymous interview with WWL-TV was later depicted in a national online comic book publication called The Nib, in a comic titled “Librarians of the World Unite!”

Wilson agreed Thursday to let WWL-TV disclose that they were the person who spoke out anonymously in March 2020. Wilson said if the policy changes that Montano announced three months later had been in place at the time, they could have been fired for making disparaging comments about a city policy.

Wilson and Okun are represented by Katie Schwartzmann of the Tulane Law Clinic. As the former legal director for the ACLU of Louisiana, Schwartzmann has handled many free speech cases and said this New Orleans policy limits government employees’ free speech more than any other she’s ever seen.

“I've not seen an employee code of conduct or a municipal policy governing employees that goes this far in regulating private activity of all city workers,” Schwartzmann said.

The city has not yet responded to the lawsuit, which has been assigned to U.S. District Judge Nanette Jolivette Brown.

A city spokesperson sent a statement Thursday afternoon defending the policy and saying, “The city respects the rights of city employees to use social media as a medium of self-expression.”

The statement went on to say the policy accounts for new social media platforms and “reflects the city’s refusal to tolerate employee misconduct, particularly involving threats of violence and discriminatory behavior.”