Life and tourist returns to the French Quarter

It’s so nice to see life coming back to the French Quarter. For a while, there you knew it was going to come back." 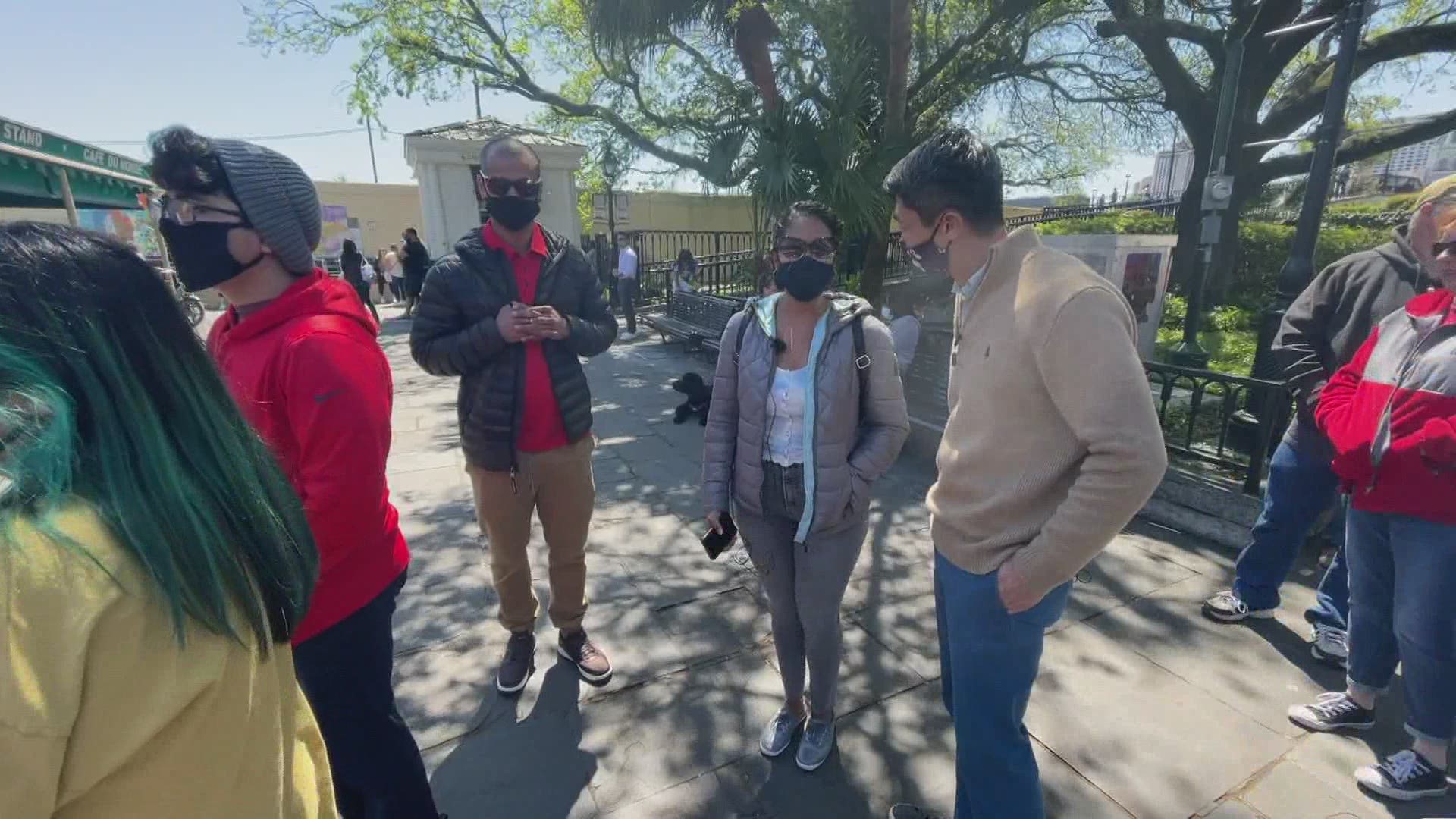 NEW ORLEANS — On a day the CDC updated travel guidelines during the pandemic, the French Quarter saw a growing crowd in the streets. It’s only one day, but after more than a year of headlines dealing with death, depression and desolate street, the site near Café Du Monde looked and tasted pretty sweet.

“It’s so nice to see life coming back to the French Quarter. For a while there you knew it was going to come back, but in the back of your mind you were never sure when,” said Jay Roman, president of the Café Du Monde.

To be fair, we don’t know when “things” will return to normal. A full recovery of the local hospitality and tourism industry is projected to be a multi-year process. Jay roman said it’s fantastic seeing long lines at the historic coffee and beignet stand, but New Orleans needs cruises and convention business to return. For now, Café Du Monde still has to keep limited hours,

In the meantime, Roman said it’ll be the traditional tourists that will help the economy. Visitors like Gabe Benites. He flew in from San Antonio.

“This is our first vacation away from San Antonio since the pandemic. We decided wanted to do something different, so we decided New Orleans,” said Benites.

A visitor named Pilar flew in from California. She’s waiting to get vaccinated but couldn’t wait to travel again.

“I feel good. I’m happy being out and having connections with people,” said Pilar.

According to the CDC, about 100 million Americans, or 30 percent of the population have gotten at least one dose of the COVID vaccine. As that number grows so may the crowds in the Quarter.

“That’s the new thing everybody is talking about, which shot they’re on. I just brought my card down to my daughter to laminate today so I’m a card-carrying member,” said Jay Roman.

RELATED: Seafood is in high demand this Easter holiday