Lindy Boggs Medical Center has a new owner; here's what they plan to do with the building

The long-term plan is for the property to become a new senior assisted living facility with an emphasis on Alzheimer’s care. 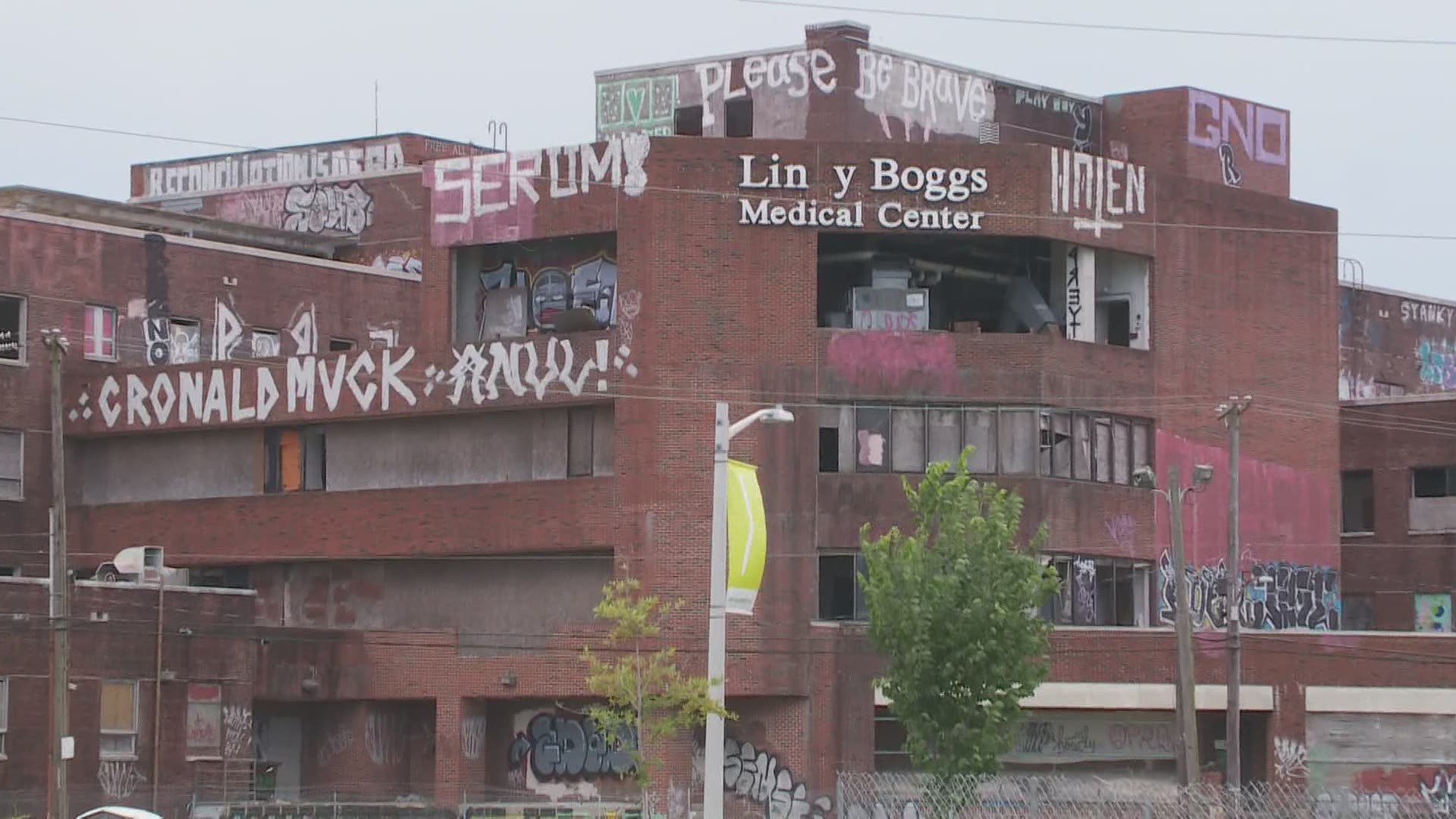 NEW ORLEANS — There is a new plan for the old Lindy Boggs Medical Center site in Mid-City.

The complex just changed hands again and the new owner is promising both short and long-term improvements to the site.

Neighbors have been waiting and hoping for somebody to bring the property flooded and abandoned since Hurricane Katrina, back to life.

“It’s really hard to focus and be positive when this piece of blight has been going from bad to worse over all of these years,” Toni Cassara said.

“We had heard that it had changed hands once or twice, but it’s kind of just sat,” James Fitzsimons said.

“The ownership was transferred less than a week ago,” Banks said. “We do hope to have some real progress in getting that eyesore in a much more neighborhood friendly condition.”

He says passing the property in its current condition everyday has been rough.

“I was actually born there,” Craig said. “My sister was born there and my father died there.”

New lights have already gone up around the old building.

There are also plans to pump 4-to-5 feet of water out of the basement, remove trash and graffiti and put up a new 7-foot-tall perimeter fence.

The long-term plan is for the property to become a new senior assisted living facility with an emphasis on Alzheimer’s care.

“I would say it’s a positive thing and it’s about time,” Cassara said.

“We’ve been kind of waiting for this day for someone to come and do something with it,” Fitzsimons said.

It’s unclear when construction would begin.

Paul Flower was out of town and not available for comment.