The fire is not expected to delay any events at the Superdome, including the Saints Oct. 3 home game against the NY Giants. 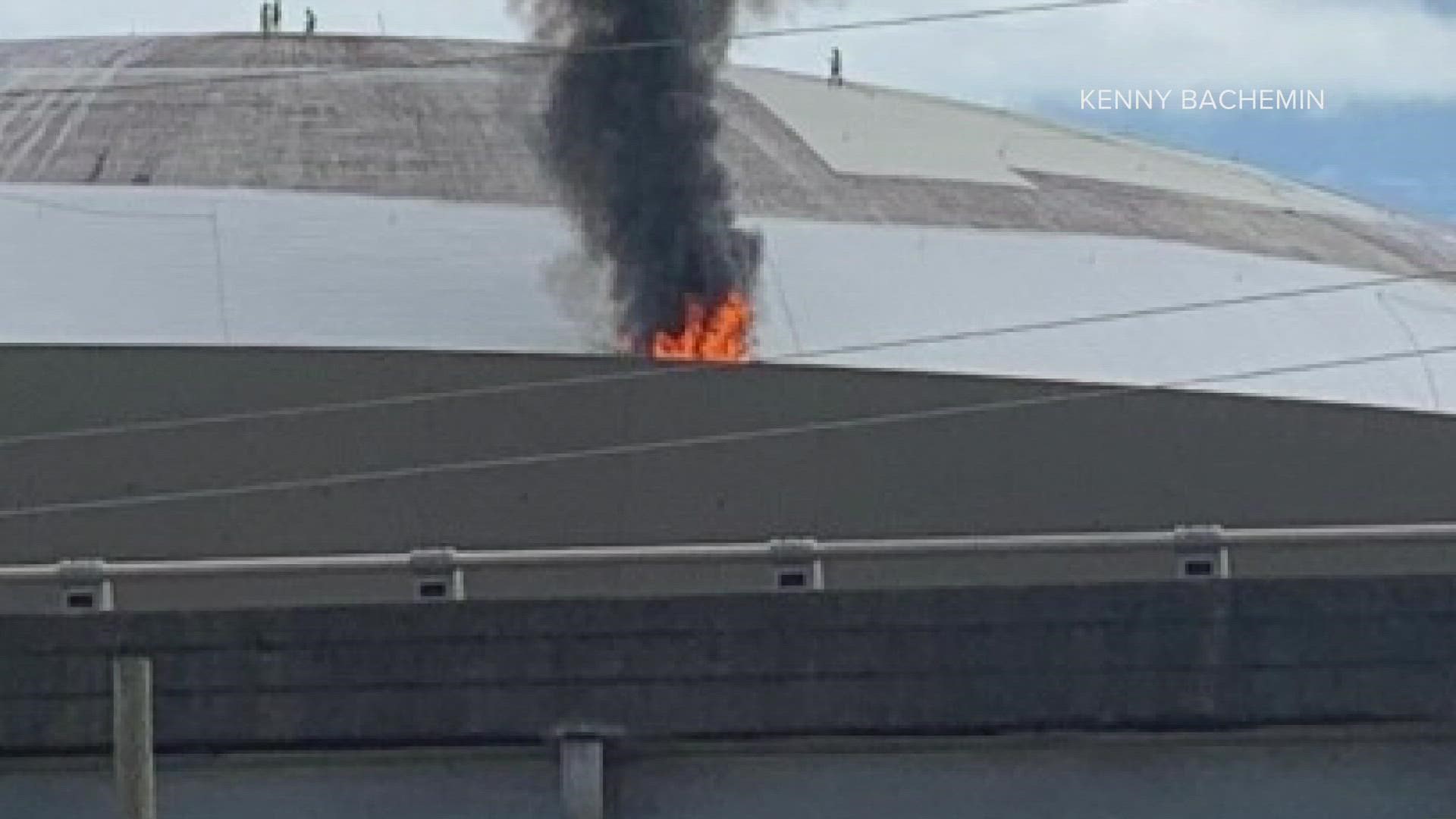 NEW ORLEANS — A three-alarm fire broke out at the Caesar's Superdome on Tuesday shortly after noon when a piece of power-washing equipment caught fire causing it to spread to a small corner of the bottom of the roof and into insulation in a rain gutter.

Smoke and fire could be seen coming from the rooftop, which caused a flurry of social media chatter. One person suffered what were described as "minor burns" from the incident.

Crews approached the blaze from inside of the Superdome, which caused it to take some time for them to reach the fire.

There were 23 units and 51 firefighters that eventually responded to the scene. 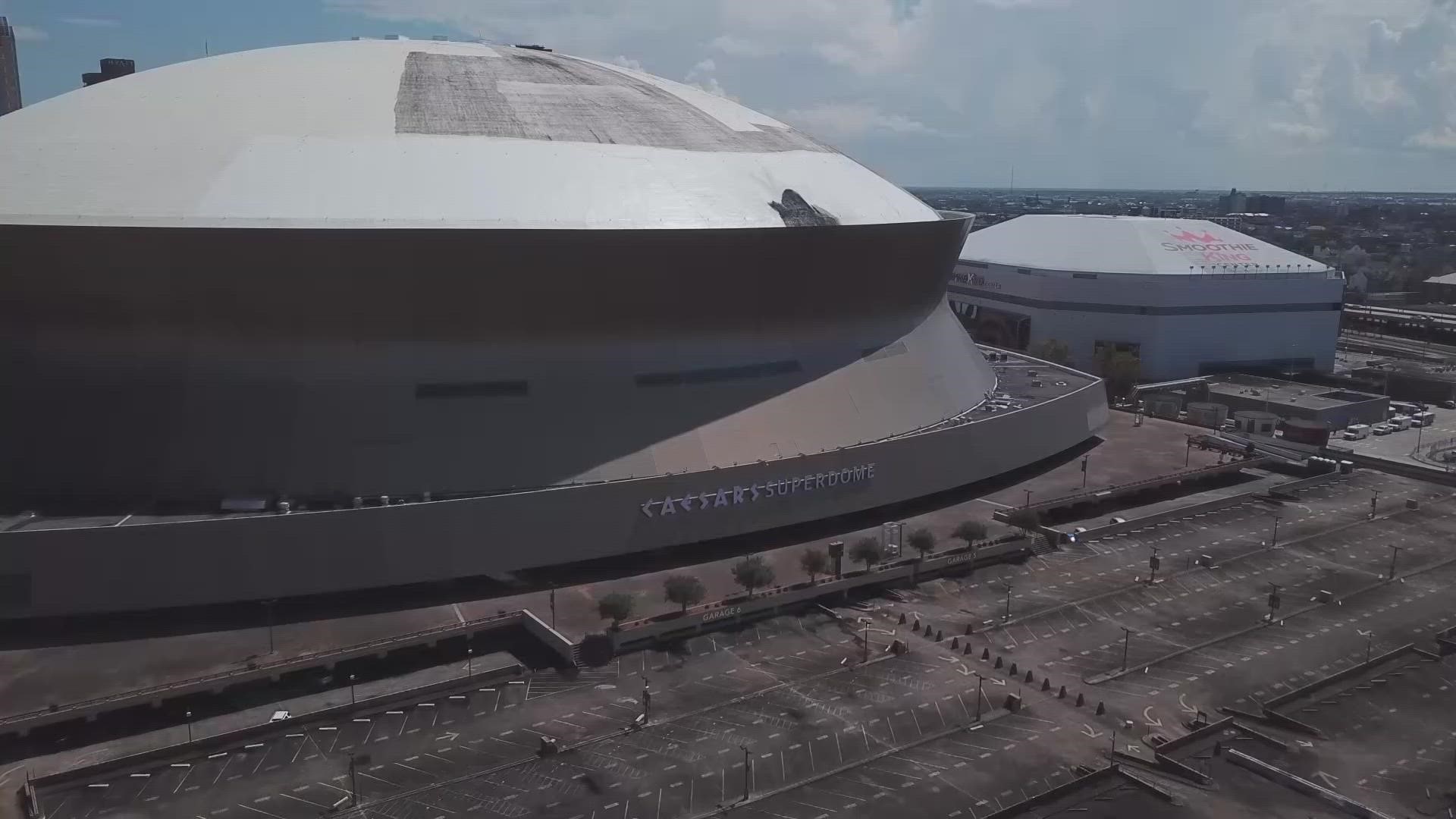 "It was pretty difficult," said New Orleans Fire Department spokesman Michael Williams. "You're wearing 75 pounds of gear, it's an emergency situation and besides the fire danger, you have the danger of falling off the roof of the Superdome."

A representative from ASM Global said that the fire started in the stadium's "gutter tube" while workers were pressure washing the roof.

The fire was quickly extinguished and deemed under control as of 1:05 p.m.

According to ASM Global, the fire did not cause any structural damage to the Superdome and the roof remains watertight. The fire is not expected to delay any events at the Superdome, including the Saints Oct. 3 home game against the NY Giants.

Workers could be seen scrambling on the roof as the flames burned. New Orleans EMS said one person was taken to University Medical Center with minor burns.

Thornton told the newspaper that the fire did not threaten the integrity of the building.

At one point, the active flame could be seen from the roof of the Superdome, but that flame has disappeared and the dark smoke whitened before dissipating.

My dad still works in Downtown NO. Apparently the Superdome is now on fire pic.twitter.com/7MijgwaRb7

so the Superdome is on fire? pic.twitter.com/3G9A9J5aoy