A spokesperson for the New Orleans Fire Department said the fire is in the 1800 block of Baronne Street. 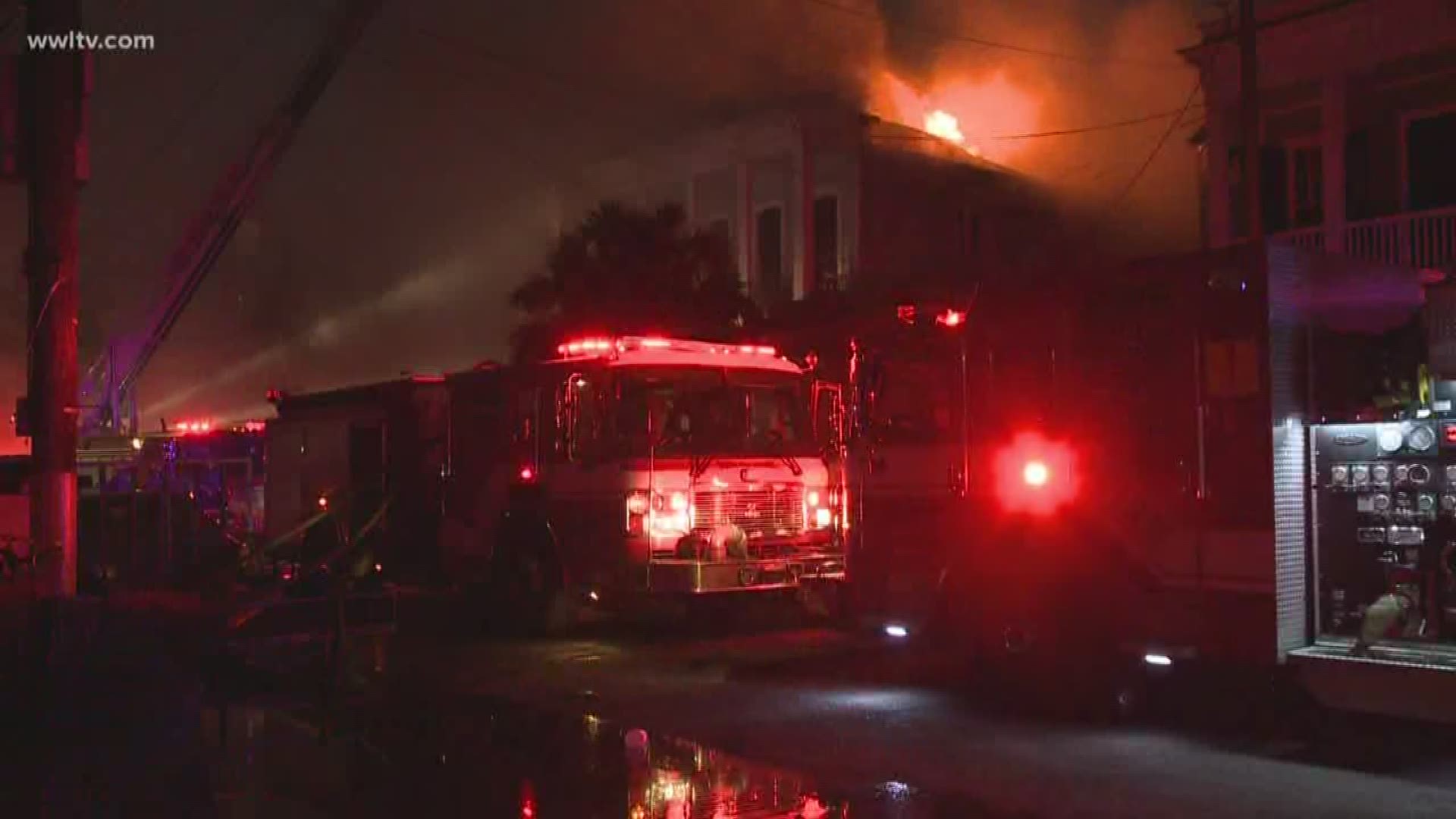 NEW ORLEANS — Four people were rescued after a fire started at a vacant building quickly spread to nearby apartments in Central City Monday morning.

The New Orleans Fire Department said the fire started before 5:20 a.m. in the 1800 block of Baronne Street near Felicity Street. Chief Tim McConnell said firefighters arriving at the scene rescued three people from a balcony and a fourth person from a nearby burning building.

The fire was upgraded to 5-alarms just before 7 a.m. and was "far away from being under control," McConnell said. It was ruled under control around 8:50 a.m.

Firefighters believe the fire started in the rear of a vacant camelback building and quickly spread to a second building. McConnell said that the building was not connected to utilities and neighbors had previously complained of squatters. Firefighters worked to stop the fire from spreading to additional buildings.

Kamal Packer tells Eyewitness News that his dog woke him up to find flames outside his apartment.

"I heard crackling noises as if wood was on fire," Packer said. "I opened the curtains and I saw the whole house burning." 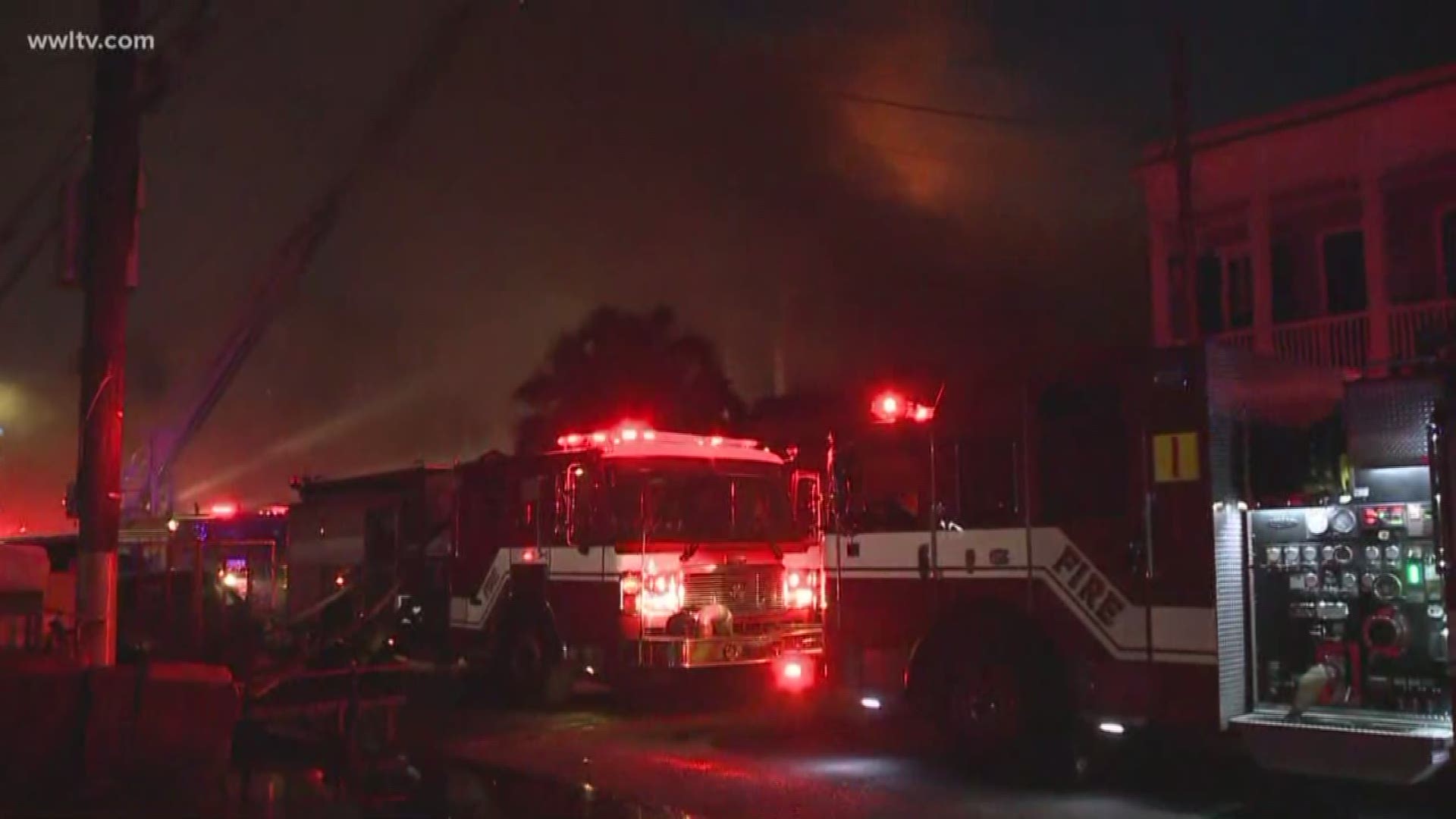 Packer said he immediately tried to wake his neighbors to get them out of the building before calling 911 on his phone.

"You see this stuff happen all the time, but when it's actually you, you don't know how to respond," Packer said.

The department shared photos on Twitter showing heavy smoke around the building. 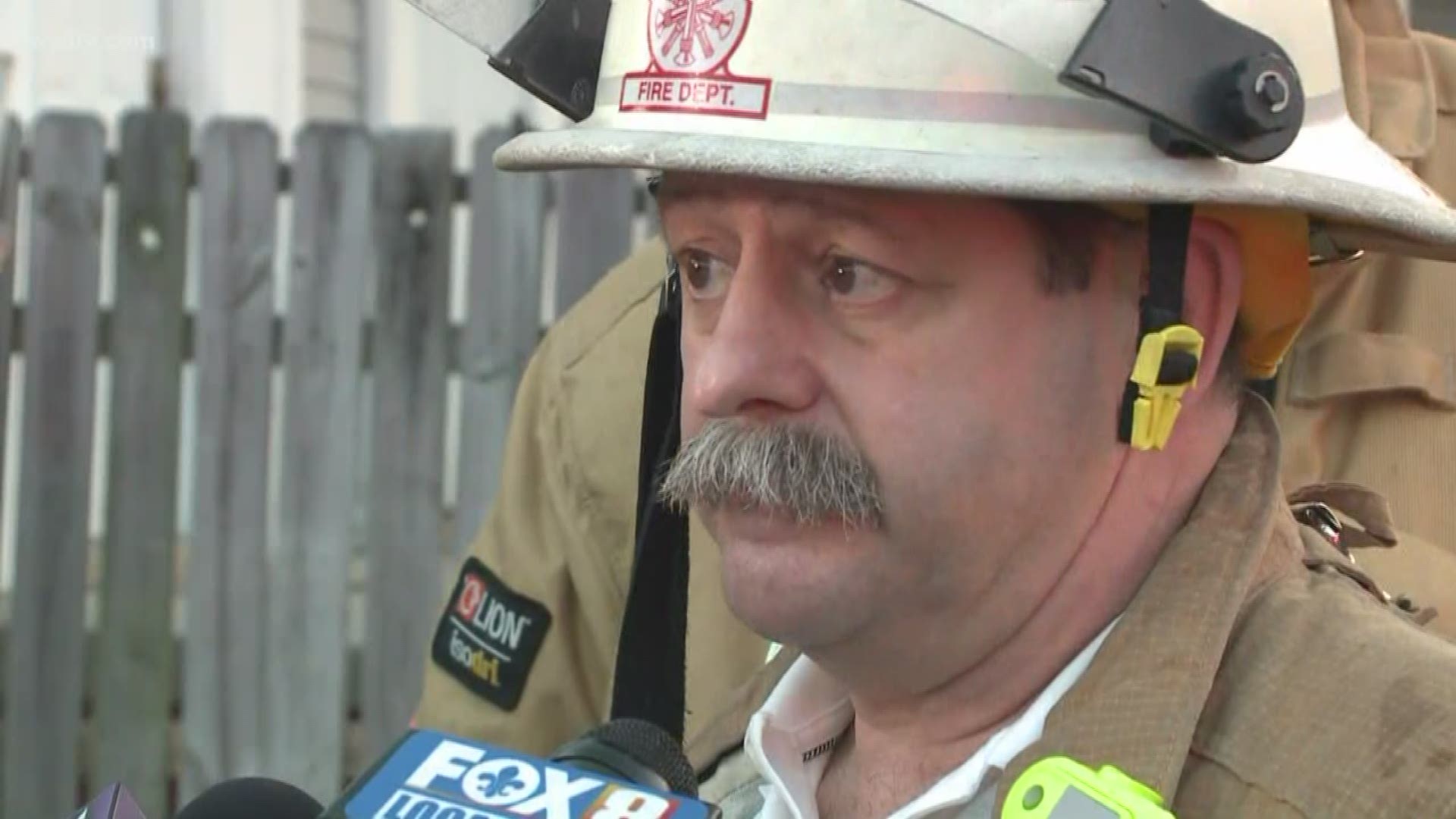 Stay with Eyewitness News at WWL-TV and WWLTV.com for more on this developing story.