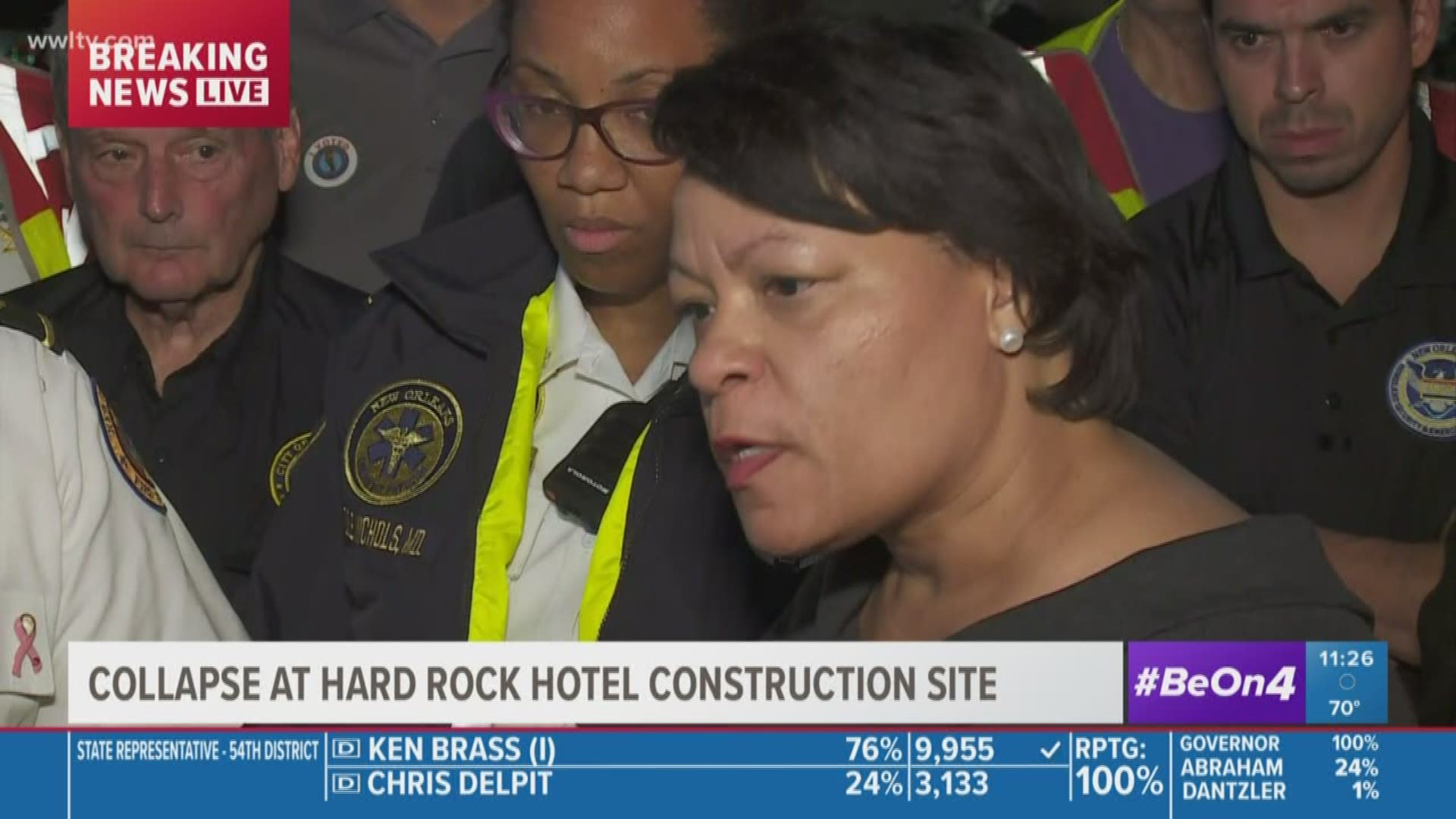 NEW ORLEANS — Two families are waiting, holding on to hope that the one worker still unaccounted for in the rubble of the Hard Rock Hotel construction site is their loved one, still alive.

Of the three people missing Saturday morning, one was located at a nearby hospital and another was found dead in the rubble. Rescue workers believe they know where the third is, but can not reach them until the structure is stabilized.

Authorities have not been able to remove the person found dead in the rubble.

Mayor LaToya Cantrell spoke outside the collapsed construction site Saturday night, saying that rescue efforts would continue Sunday morning as soon as it was safe to do so.

“There is a crane on its way to the City of New Orleans now that will be used to help stabilize the building at which point we will continue to move forward with rescue efforts,” Cantrell said.

The mayor had just spoken with the family of Anthony Magrette, who are holding a vigil at the construction site until their loved one is found.

“He’s not even supposed to be here today,” his sister said. “My brother is the kind of person that would make sure everybody got out before him … He’s the glue that holds (this family) together.”

Cantrell noted that another family is staying in a nearby hotel, awaiting similar news.

“Our first priority is the people, individuals who we know have died and the third that we do not know,” Cantrell said. “That is our priority right now, stabilizing that structure so we can get them out of there.”

NOFD Chief Tim McConnell said that rescue efforts will resume once the crane outside the construction site has been stabilized by the two cranes being brought to the scene of the collapse.

When the building came down, 112 people were working at the construction site. Of those people, 18 were taken to the hospital by EMS and only one remains.

There is still no word on what caused the collapse. That investigation is expected to being once everyone is accounted for. 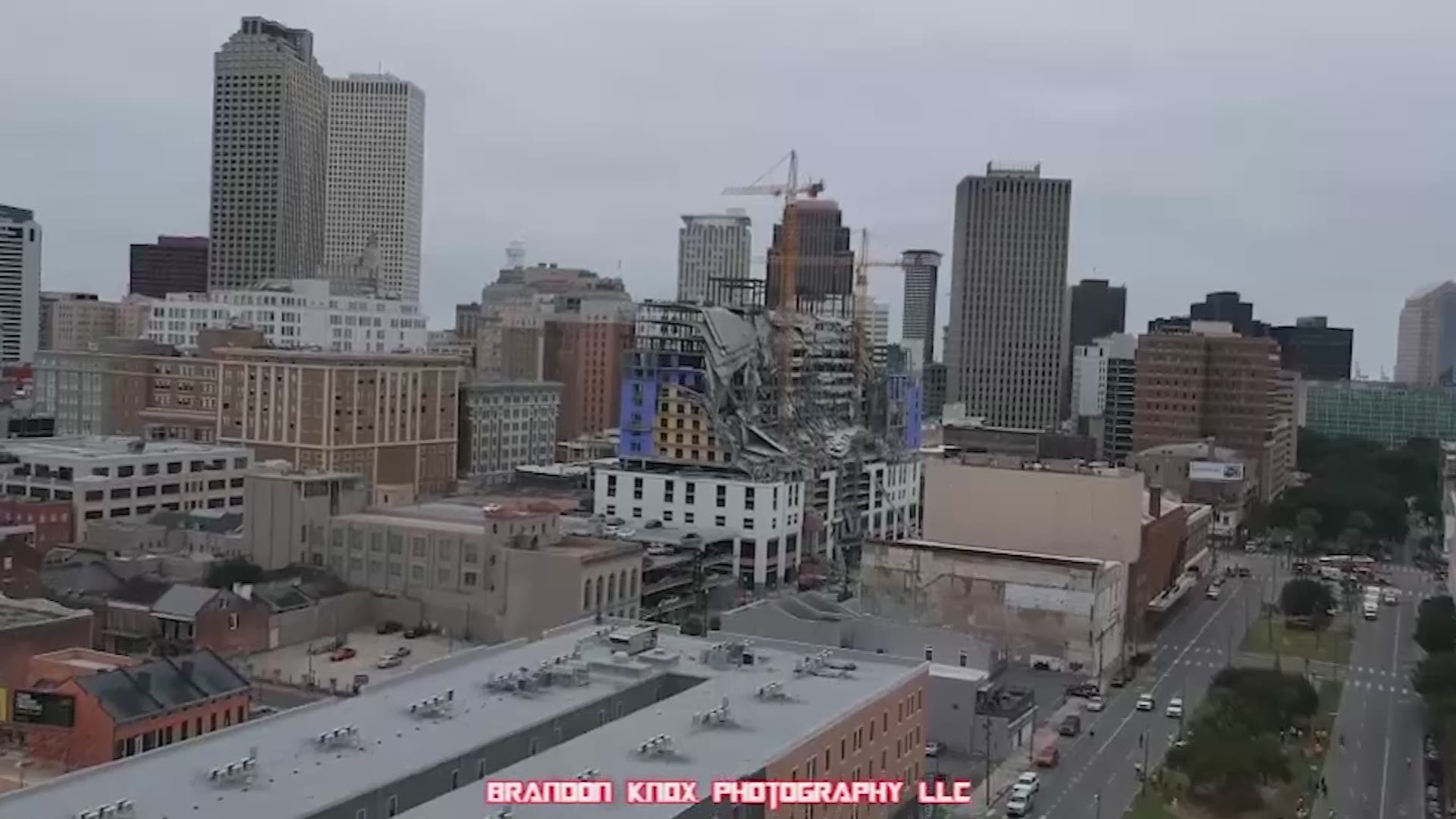