We got an E-mail in the newsroom with an intriguing picture attached. It was an 82-year-old artifact that a man said he found in Bayou St. John. 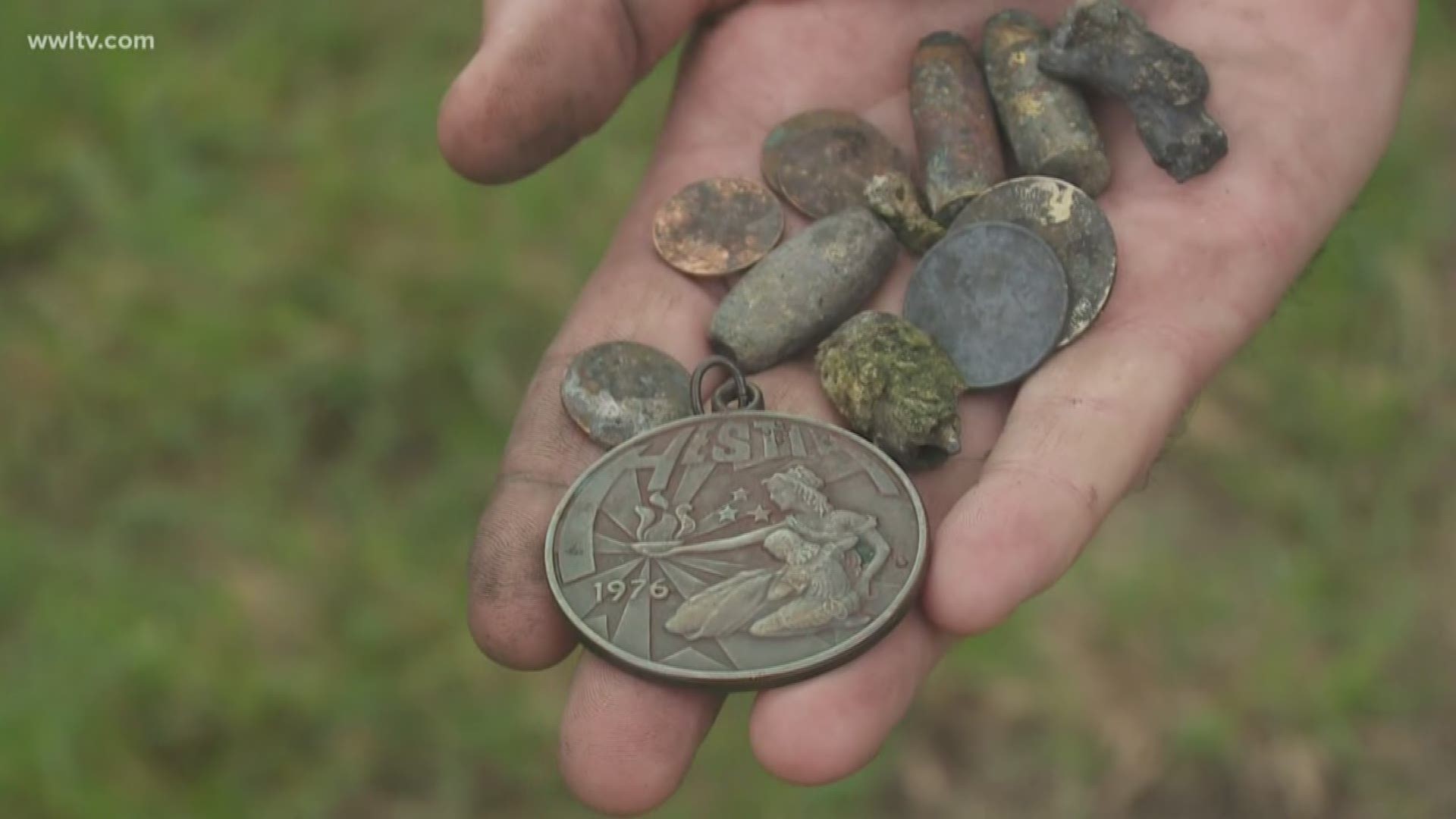 NEW ORLEANS — We got an E-mail in the newsroom with an intriguing picture attached. It was an 82-year-old artifact that a man said he found in Bayou St. John.

So we wanted to meet the man and see what else he found.

Bayou St. John used to be much longer and it was used by Native Americans since pre-Columbian times.

"I said 'Honey, look at the bayou. I've never seen it this low.' She said, 'Oh, my God.' So I said, Let's go get the metal detector and see what we can find out here.' Pirate ships used to come down this bayou," said Nunez, 55.

Casey says not long after that conversation, along with the junk, he found treasures.

"I found countless old coins from the 1800s on, Morgan dimes, silver dollars, a lot of wheat pennies, and that's the beauty of metal detectors, you never know what you're going to pull out of that ground."

RELATED: Car, other debris found in underground canal that overtopped in July 10 flood

What he's most excited about is a 1937 belt buckle with a boxing glove on it. It makes him wonder about the mystery and the history behind it.

"Now I have snorkeled this bayou, and Meg, let me tell you, what I encountered at the bottom of this bayou is scary," he said.

He felt the cars down there, bicycles and shopping carts. His metal detector also helped him find a fair amount of live bullets, but there is one mystery he wants answered. And it's the owner of a Mardi Gras medallion found not far away on Jefferson Davis Parkway.

"This was for the float lieutenant, Krewe of Hestia 1976. I would love to return this to the float captain, lieutenant and I've tried online with no success. So if anybody knows who it was, I'd love to get this back to him."

The short-lived Krewe of Hestia had men, women and children and it paraded Downtown on the first Sunday of parade season and Telly Savalas and George Peppard, who was in 'Breakfast at Tiffany's,  rode as guest grand marshals.