The New Orleans Sewerage & Water Board confirmed that both men were current employees. 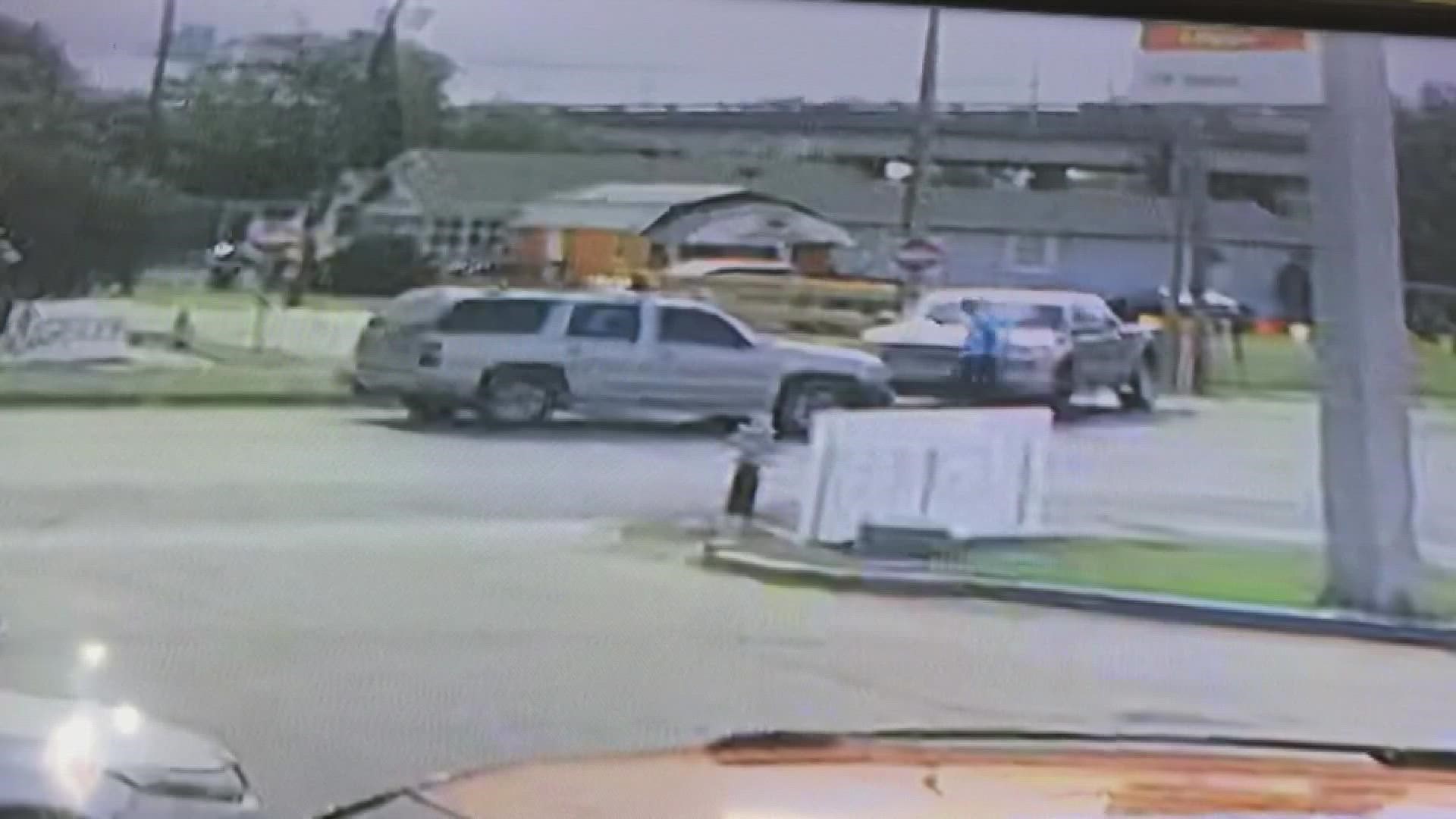 NEW ORLEANS — A Sewerage & Water Board employee was shot and killed by one of his coworkers on Franklin Avenue Thursday morning, according to NOPD.

New Orleans police arrested Damon Rideau for allegedly shooting and killing one of his coworkers near a S&WB job site on Franklin Avenue.

Surveillance video shows a truck and SUV approach each other at the intersection of Franklin Avenue and Sage Street, right near the I-10, 610 Split, around 10 a.m.

You can see a man in a blue shirt get out of the truck and walk over to the driver’s side of the SUV. A witness tells Eyewitness News there was an argument between both drivers before the man in the SUV shot the man from the truck.

Police identified the victim only as a Sewerage & Water Board employee. He was taken to the hospital, where he was pronounced dead.

According to NOPD, Rideau was detained at the scene of the shooting. He has since been arrested and booked into the Orleans Parish Justice Center for one count of second-degree murder.

Sources told our partners at The Times-Picayune | New Orleans Advocate, the suspected killer had taken off work for the last couple days because of bullying on the job site.

CONFIRMED: The two men involved in this NOLA shooting this morning were employees with the @SWBNewOrleans. Witness tells me the man in the blue shirt was shot and killed after an argument at the intersection of Franklin Ave. & Sage St. @wwtv #wwltv #wwl pic.twitter.com/Gg2gKAkmjd

The New Orleans Sewerage & Water Board confirmed that both men were current employees and said they're "launching an internal investigation and cooperating directly with NOPD."

Anyone with information on this homicide is asked to call CRIMESTOPPERS at 504-822-1111.