The two-alarm fire broke out at a home in the 4400 block of Longfellow Drive after noon. 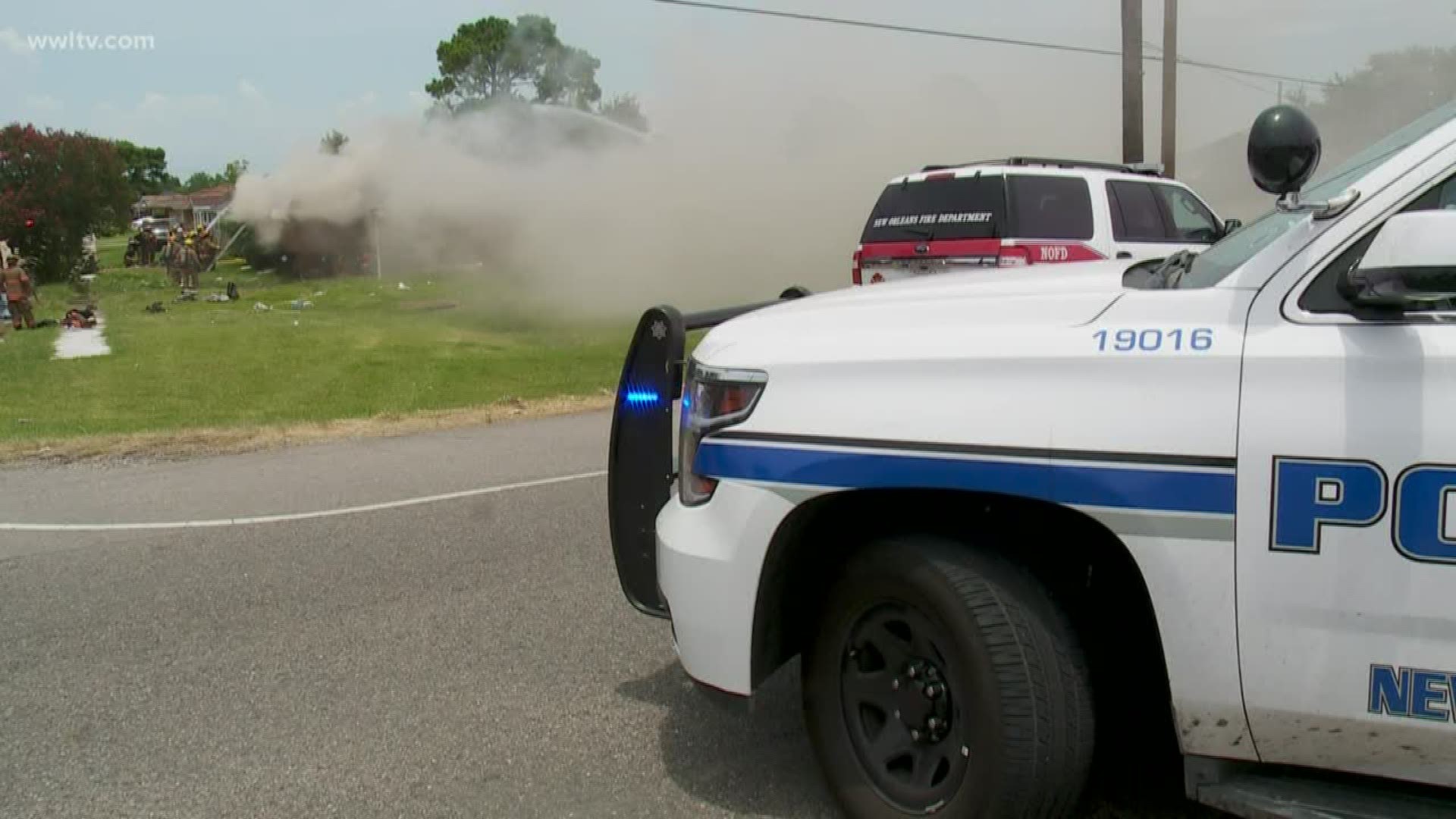 NEW ORLEANS — A man was rescued by fire fighters, but would later die at the hospital after being trapped inside a burning home in New Orleans East Tuesday afternoon.

According to New Orleans Fire Department officials, 16 fire units carrying more than 40 first responders rushed to the 4400 block of Longfellow Drive to battle a two-alarm fire that broke out around 12:10 p.m. Tuesday.

When firefighters arrived, they found a single family house burning down. Several rescuers ran into the building and found a 61-year-old man in the middle of the building, NOFD officials said.

They carried the man outside and began CPR on the man, who was then rushed to the hospital where he later died.

Other firefighters continued to battle the blaze, which burned through the roof of the home before being brought under control by about 1 p.m.

The cause of the fire is under investigation, officials said. The name of the victim will be withheld at this time and released by the Orleans Parish Coroner at a later date.

Eyewitnesses at a motel across the street said some pets were also rescued.