"I looked at all the cars and they had the handicap placards hanging from the rearview mirror. I said this is really strange to have all these handicap people in one place." 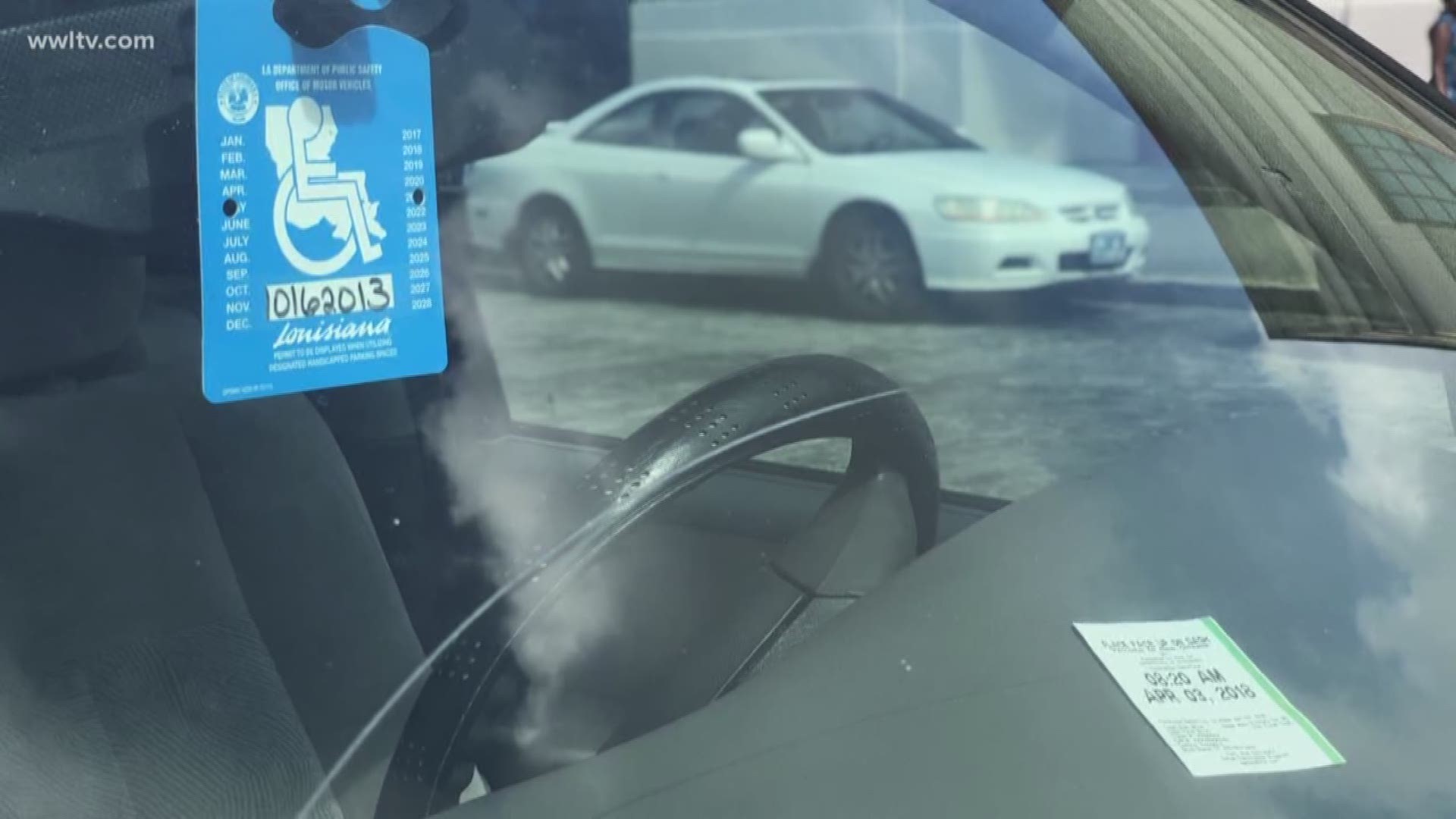 NEW ORLEANS - About eight months ago, a man, who wants to remain anonymous, says he went to the Sewerage and Water Board building on St. Joseph's Street to run an errand. He stepped out to put more money on his meter.

"I looked at all the cars and they had the handicap placards hanging from the rearview mirror. I said this is really strange to have all these handicap people in one place," the man said.

Curous, the man says he returned to the building the next morning.

"I noticed all of the Sewerage and Water Board girls were putting a handicap sticker, putting a dollar in the meter. And leaving the tag on the dashboard and parking there for the day," the man said.

He says he called the Inspector General's Office.

Last week, the OIG released a report calling out the Sewerage and Water Board employees, saying that 26 of them were using fake placards and handicapped hang tags.

First, the man felt great. Until...

"I went back to the Sewerage and Water Board Monday, and they're all still parked in the same spots," the man stated.

Eyewitness News traveled back to the building Tuesday and noticed several handicapped placards visible on the windshields of cars parked on St. Joseph's Street in the morning and on the next block. WWL-TV also reached out to employees Tuesday afternoon. Most of them dodged the camera and the questions.

Two employees did say they were using the placards the right way.

"If you see on my car, it says disabled veteran. As well as my permanent plate. So, it's something that happened in the military and I don't have to share with anyone," another woman replied.

She may not have to share, but considering what has been exposed, some would say it's fair to ask.

The Sewerage and Water Board released this statement:

Enforcing parking laws on public streets is not within the authority of the Sewerage & Water Board, and parking on public streets is conduct outside the employees’ roles with the S&WB. Any discipline would be under the authority of those entities responsible for enforcing parking laws. However, the S&WB notified all employees at St. Joseph Street on June 30, 2017 to remind them about parking laws and restrictions on parking in handicap spaces. We continue to encourage our employees to follow all traffic and parking laws."