"The staffing situation is difficult ... but I would much rather be in this position than the position we were in a year ago." 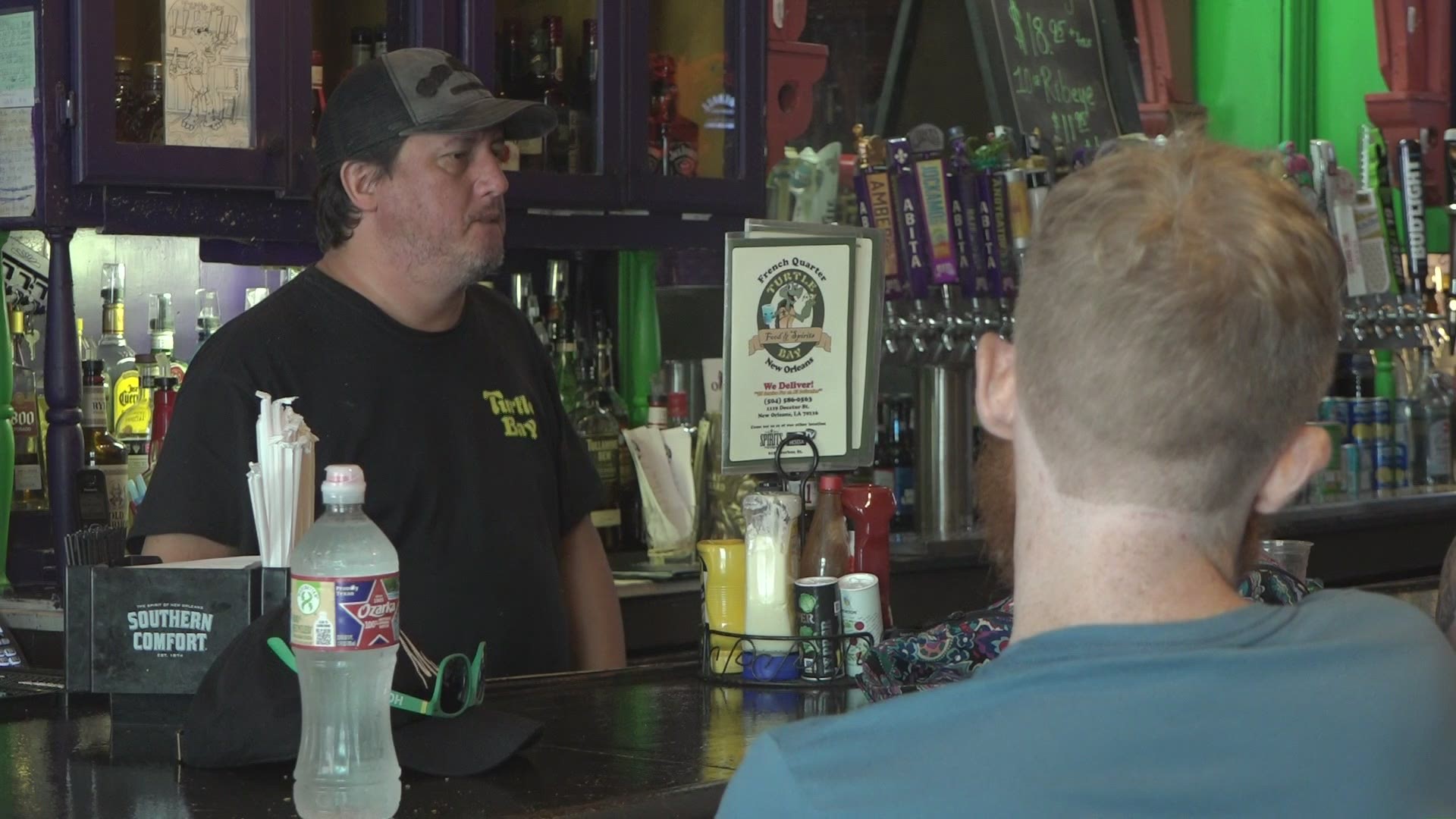 NEW ORLEANS — The struggle to hire employees is being felt by many across New Orleans.

Bars and restaurants say not being able to operate with 100% staff is frustrating and taking a toll on business.

"It's been a struggle," Steve Smith, co-owner of Turtle Bay and Spirits on Bourbon, said.

After a year and a half of hardship, the city is seeing a comeback. However, some say that step forward, actually has them taking two steps back.

"The guests are here, the customers are here, the demand is here but we have problems getting employees to come in," Smith said. "We're running at about 66% of the staff we'd like to have."

He says between government assistance and so many other places hiring, finding workers is now a job in of itself.

"I'm so appreciative of the employees that we have here," he said. "And I see it every day, and I try and thank them as much as I can because I know they're getting put to the test."

Not only is it affecting the current staff with long days and extra hours, it's hurting business. Both establishments usually stay open 24/7, but without 100% staffing they're having to close doors early.

"There's a demand for those hours, but we just don't have enough staff to run properly and give the service we'd like to give for that many hours," he said.

There are businesses and restaurants all across the city dealing with this same problem, but for those at Turtle Bay, they say the best thing they can do is try and stay positive.

"The staffing situation is difficult and we're doing everything we can to get through, but I would much rather be in this position than the position we were in a year ago," Smith said.

And as they focus on moving forward, they're asking for peoples' patience, and for those interested in work to not hesitate and apply.