Demond Melancon said it was a way for him to honor tradition without the risk of spreading COVID-19. 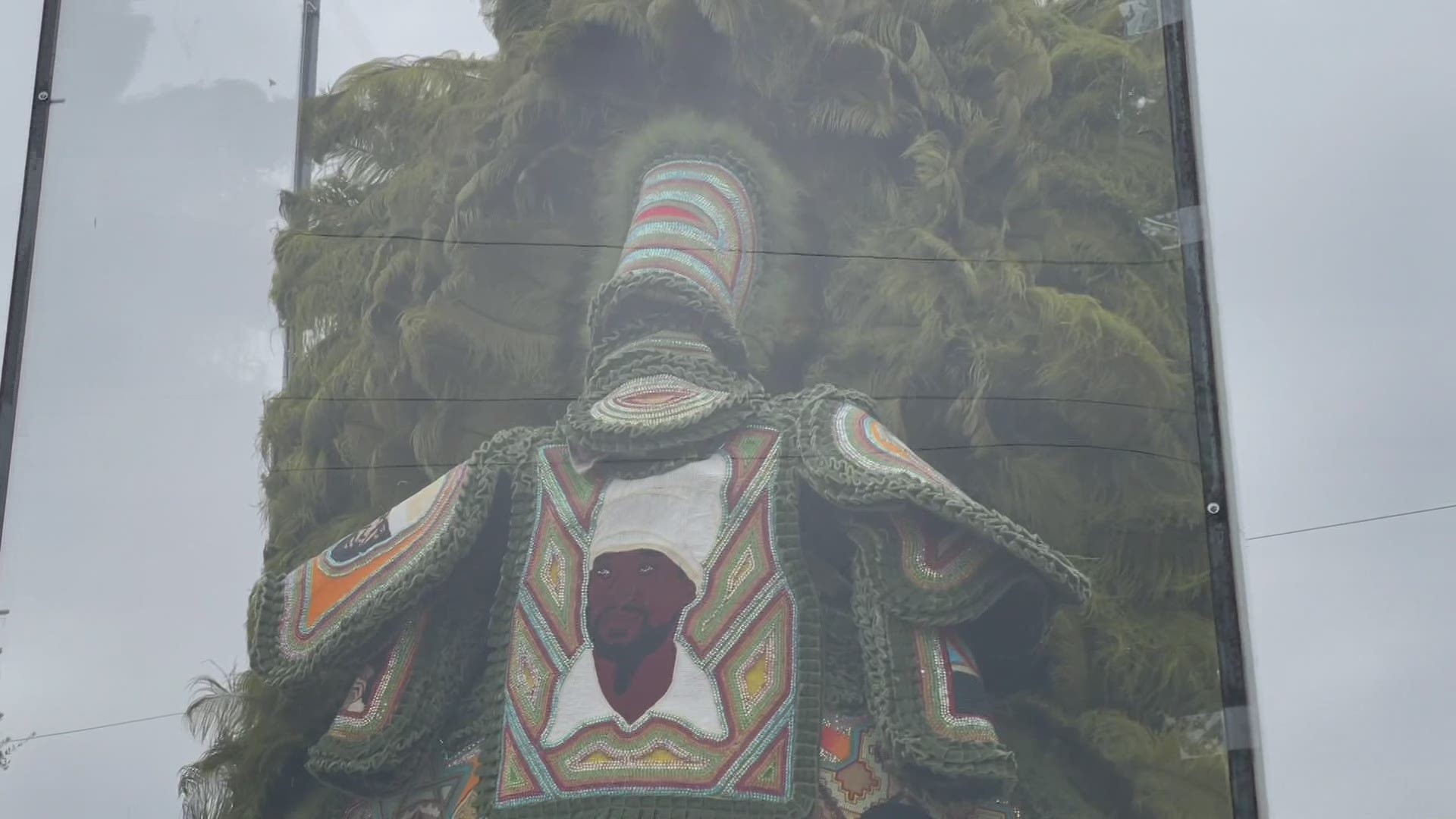 NEW ORLEANS — Even though the Mardi Gras Indian tribes didn't meet today, there's still a real pretty sight to see at the corner of Canal Street and Norman Francis Boulevard.

A Mardi Gras Indian Suit was placed at the site of the former Jefferson Davis monument.

The feathered and beaded suit stands about nine feet tall, encased in a protective box.

It was placed there by Demond Melancon, Big Chief of the Young Seminole Hunter Tribe. He said it was a way for him to honor tradition without the risk of spreading COVID-19.

The former site of the Jefferson Davis monument in Mid-City has been empty since the statue was removed in 2017.