As the news broke online Tuesday afternoon, customers came into the store that’s been open since 1924. 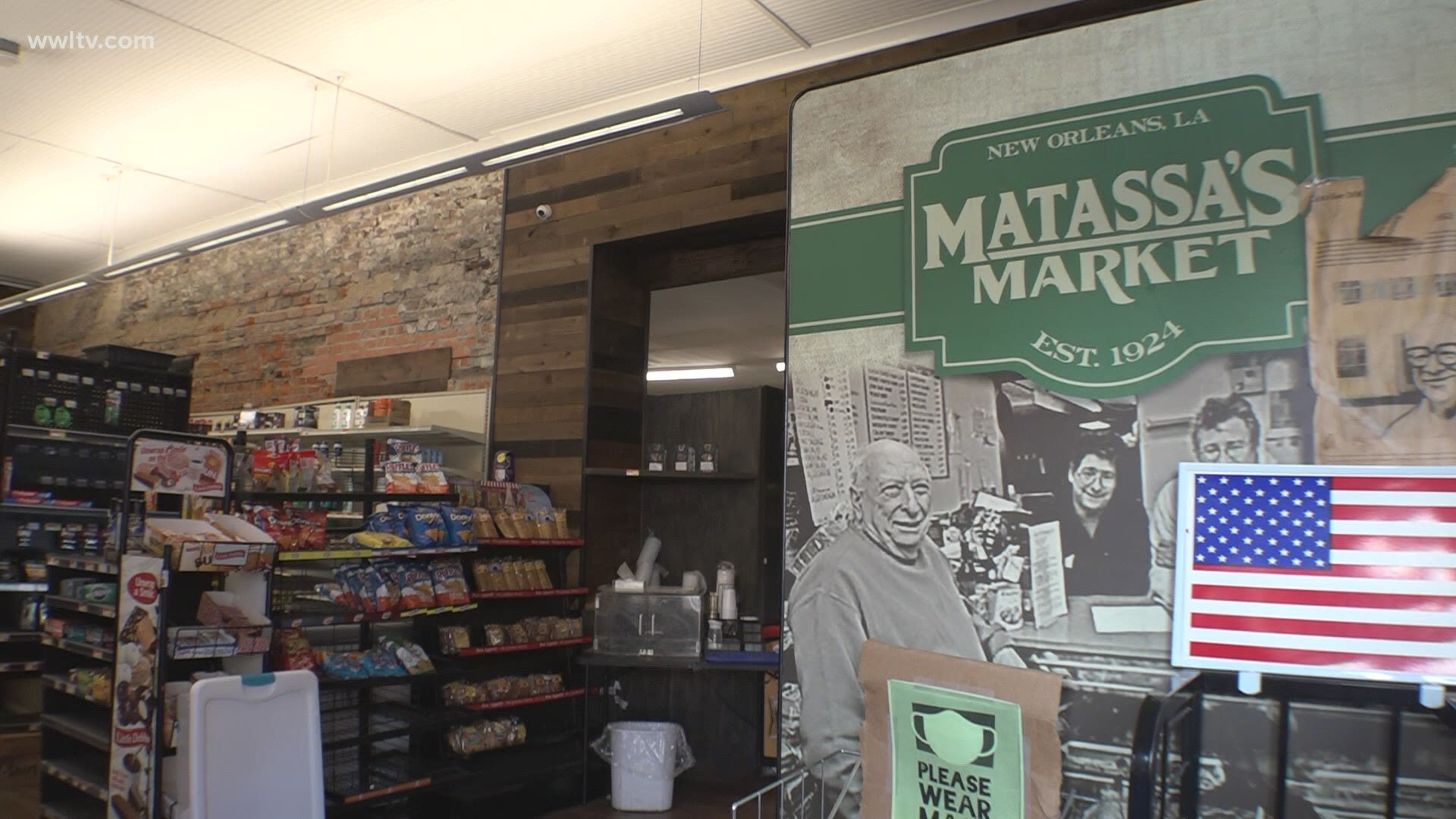 NEW ORLEANS — It looks as though a French Quarter staple is facing an uncertain future.

Matassa‘s Market on the corner of St. Philip and Dauphine Street is closing after nearly 100 years in business, according to The Times Picayune/New Orleans Advocate.

The paper reports the downturn in business during the pandemic was the “last straw” for the grocery store and the shop will be shutting its doors Thursday.

“People say this is a great time for the grocery business and that’s true, but not in the French Quarter,” co-owner Vincent Catalanotto Jr. told the paper. “It’s a different market here,” referring to the French Quarter’s residential population decline.

As the news broke online Tuesday afternoon, customers came into the store that’s been open since 1924 for a final farewell to the man who's been behind the counter since he was 14, co-owner Louis Matassa.

“I think many people are sad that Matassa’s is closing,” said customer David Schulingkamp . “It was not only a convenience but Louis Matassa who ran this place had the heart and soul of so many of the community members.”

Another customer, Jan Miller, came by one last time to buy some pasta and take a few pictures of the store.

“I just heard they are closing and I said I have to go one more time,” said Miller  “They provided an enormous service.”

With the pandemic still raging it’s unclear what the future holds for the shop. Loyal customers are hoping it’s really not the end.

“I hope there is a way for Louis to emerge into this,” said Schulingcamp. “It’s a tough time to run a business, any business.”

The paper asked Catalanotto about the possibility of selling the business, he couldn’t comment but he did say he hopes the store can return somehow.

The store will be closing Thursday, according to the paper.

RELATED: Louisiana staying in Phase 2 for another month