During a press briefing Wednesday, Mayor LaToya Cantrell called out the establishment for a job well done 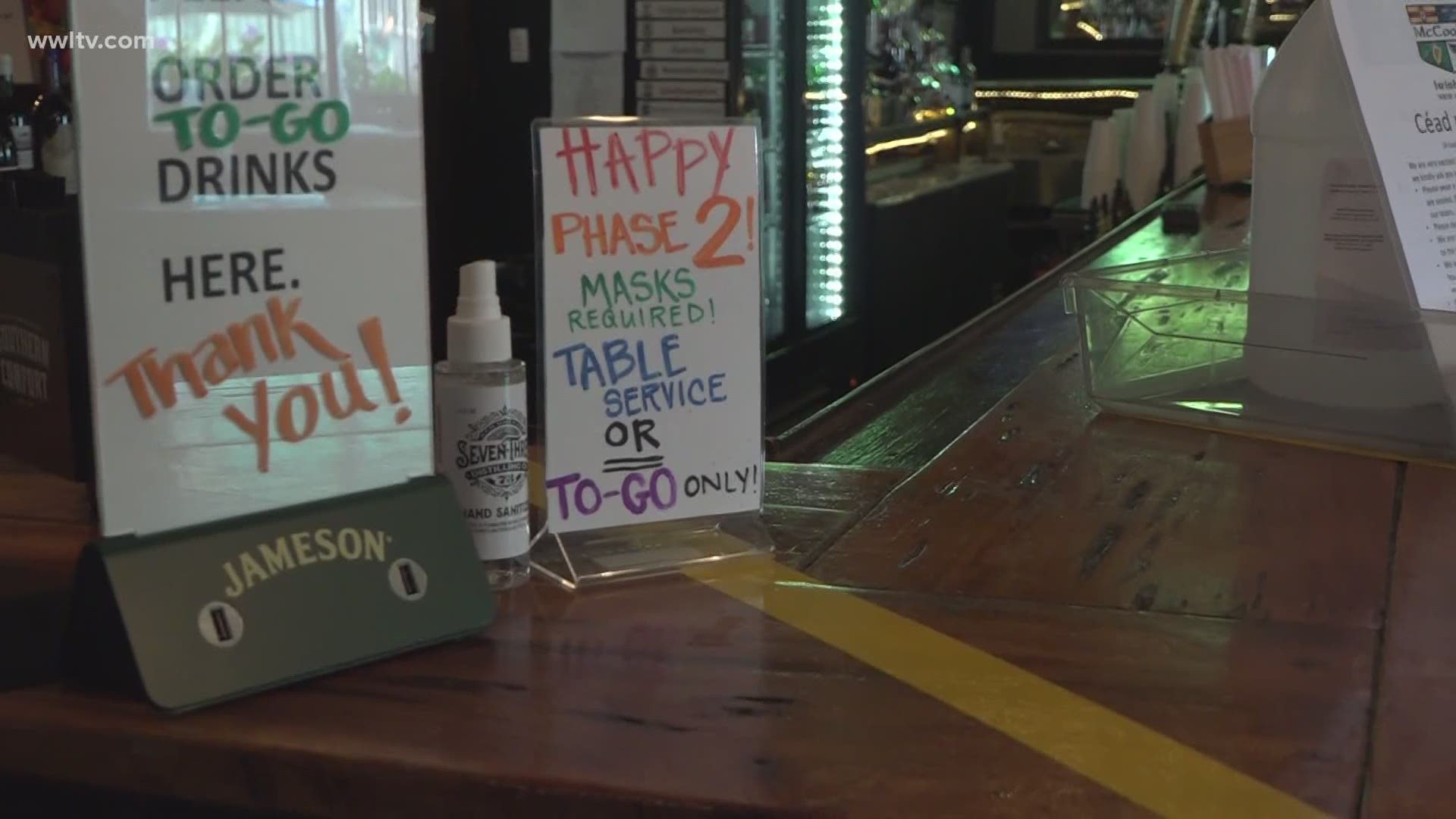 NEW ORLEANS — With new restrictions going into effect Saturday in New Orleans, restaurants and bars are trying to figure out how to adapt once again. However, one local establishment has caught the attention of city officials for a job well done.

The past few months at Finn McCool's have been hard, especially when they had to close one day before St. Patrick's Day.

"That's one of our biggest days of the year," said Keith Patterson, General Manager. "We do a big block party so that's kind of tough. But it was very understandable and necessary since people's lives are in danger that's a lot more important than business."

They wanted to open with Phase 2, but stayed closed a few weeks to make sure all safety measures were in place.

"We want to be open and the bar has to earn money," Patterson said. "But the number one important thing is the health of our staff. If we don't have that, then we're going to close down."

Staff get their temperature checked daily, tables are spaced out and barriers are placed where customers order. However the biggest and toughest change was closing the bar, since it accounts for so much of the business.

"Honestly, it was a no-brainer from the start," Patterson said. "Because we do understand people have to socially distance, but you really can't do that sitting at a bar."

Customers say they notice the extra precautions being taken and that they're appreciated. The mayor does too, who applauded their work during Wednesday's briefing.

"We have many examples in our community throughout the city where this is already current practice," said Mayor LaToya Cantrell while talking about new restrictions. "Like Finn McCool's. They do not have bar seating, table seating only. They are doing well."

"The restrictions, it's tough but everyone understands they're necessary for the longevity of the bar and the health of the customers," Patterson said.

The changes have limited sales, and there is worry about business. However those at Finn McCool's say they wouldn't do it differently  because safety will always take priority.