Mayor Cantrell: 'I think I've been the most transparent' 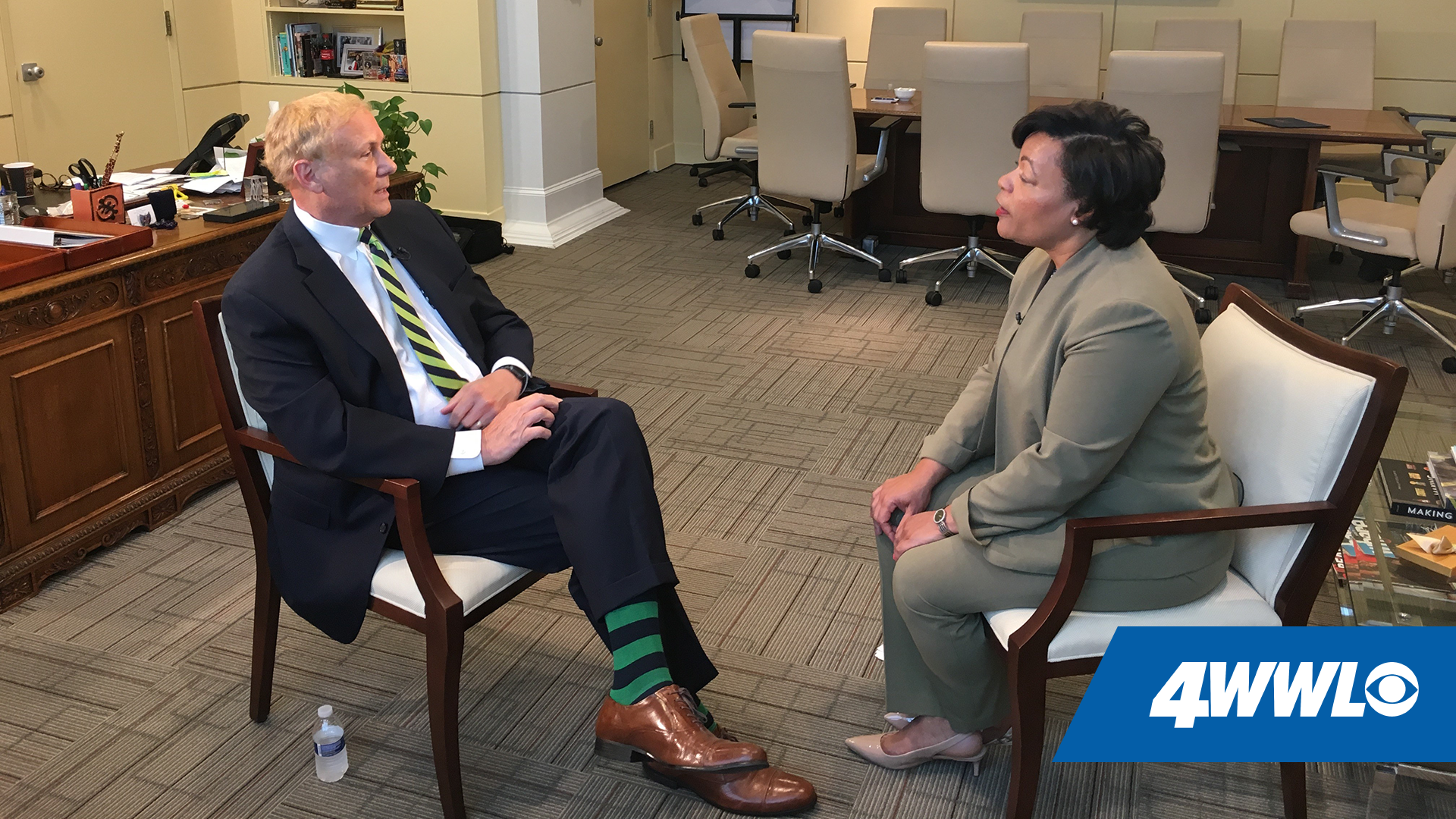 NEW ORLEANS — As New Orleans Mayor LaToya Cantrell marks her first year in office this week, she sat down with Eric Paulsen for a one-on-one interview about her accomplishments and thoughts on the previous year.

PAULSEN: We talked to a couple of political analysts (Clancy DuBos, Stephanie Grace) who gave you high marks (on your first year in office), a B+, an A-.They said the only reason you don't get an A is because of what is perceived as a lack of transparency in your administration.  Do you feel that is something that is lacking in your administration?

CANTRELL: Transparency? Absolutely not. I think I've been the most transparent of telling it like it is, how I found it, being very upfront and honest about the existing conditions in our city...as it relates to, and this is where I would love to hear and even see some examples where I have not been transparent.

PAULSEN: Well, I'll give you a couple.

CANTRELL: Give it to me.

PAULSEN: On the Cuba trip, a lot of people said you were not transparent before you went, didn't open up. And then on the school zone traffic cameras, that you didn't let people know up front. It was kind of a surprise. Nobody's faulting you for doing it. They're just faulting you for not saying 'Hey, by the way, we're going to do this. Fair warning, you better slow down.'

CANTRELL:  Oh I think the fair warning of slowing down is that 20 mph in that school zone every single day. And I don't think that I have to warn you not to break the law after I'm looking at data, looking at the data and the research that says in our city one out of five vehicles are speeding through school zones. And they're in school zones where thousands of vehicles pass every day! I don't need to give you a forewarning. The warning is there: do not speed in school zones.

PAULSEN: I don't think anybody disagrees with you on that. What they're saying is when you change the rules about what the difference is in how much, that might have been nice to let people know, not to say...nobody wants people speeding in school zones. I think it should be 20 miles in school zones 24/7, but that's me.

CANTRELL: Well, one, I didn't change the rules. The rules haven't changed. The speed limit is 20. I lowered the threshold by two miles.

PAULSEN: Should you have let people know that?

CANTRELL: I don't believe so. Absolutely not.

CANTRELL: Because. Do not speed in school zones. Telling you, 'Oh the limit that you can break the law.'  And also looking at data that says we have a significant problem in the city of New Orleans and where children have lost lives or been hurt in our city. I don't believe I needed to do that at all.

PAULSEN: What about the Cuba trip?  You said you didn't think the press was being fair to you.

CANTRELL: Well what I said was that I don't believe that I've been given the benefit of the doubt. Constantly underestimated, that's what I said. And as it relates, one, to the Cuba trip, it wasn't like a thief in the night. It was something that had been planned and creating a delegation that would go and visit and look at many different areas.

PAULSEN: So you're saying a lot of people knew about it in advance.

CANTRELL: Oh absolutely, and tweeted about it, absolutely, and council members were invited, particularly Councilmember Banks because he chairs the Community Development Committee for the New Orleans City Council and underneath that umbrella of course you know, health, which  I was going to the Latin School of Medicine which was very impactful, we're starting an internship program this summer, activating community health work models...their worker models is fascinating. Took college professors and college presidents on the trip as well.  You can't do that being a thief in the night. Someone had to know to sign up to go and the delegation was pretty robust. And not only that. This isn't the first time the City of New Orleans has taken a trip to Cuba, meaning our previous mayors, even our governor.

Tune in Thursday and Friday on the Eyewitness Morning News for more of Eric Paulsen's interview with Mayor Cantrell.