Cantrell says the city needs to see at least 21 days of public health data to assess the first round of reopening. 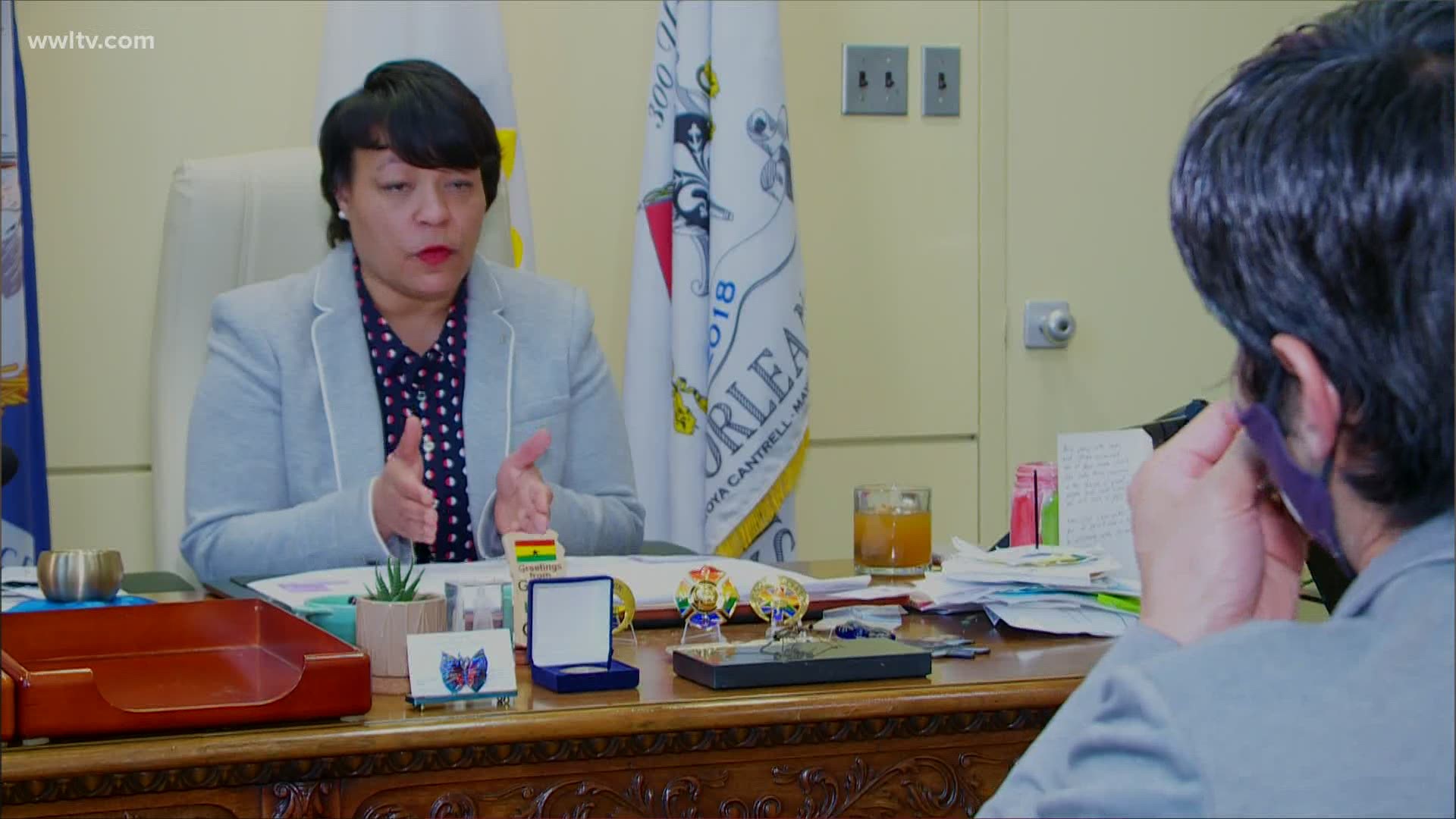 NEW ORLEANS — The City of New Orleans is nearing the first full week of its phased re-opening from the COVID-19 shutdown. We sat down Mayor Latoya Cantrell to get her assessment of the city’s response to the pandemic. As we discovered success won’t be measured in dollars.

The mayor takes every opportunity to remind people to stay socially distant, to mask up, and stay home.

“I can’t think of a better opportunity than Memorial Day weekend for us to double down on our efforts to protect ourselves, protect our neighbors and move the progress of the city forward,” said Mayor Cantrell.

Mayor Cantrell says the repetition of those safety guidelines is necessary. In her view, it’s enabled the city to flatten what was a steep curve of COVID cases and paved the way for the first phase of the city’s reopening.

RELATED: Church leader says it will be difficult deciding who can attend Mass

“More businesses are coming online. Not everyone opened on Saturday, so some are taking a more phased approach of their own, which they can absolutely do, but we’re starting to see more and more businesses activate themselves and that’s a good thing, that’s a real shot in the arm,” said Cantrell.

There was a good amount of economic pressure on the mayor to reopen the city sooner, but she says the success of the first phase won’t be driven by economic data.

Cantrell says the city needs to see at least 21 days of public health data to assess the first round of reopening.

“For 21 days we will be laser focused on the public health data to see how well we’re doing,” said Cantrell.

So far, more than 2,200 city businesses have registered to reopen. Cantrell says that’s an encouraging and growing number, but the true number that will drive most decision will be the number of COVID-19 cases that may develop as the region reopens. Cantrell says the city’s economic future is now tied with its public health protocols.

“Make no mistake about it, people who are looking to visit, they’re looking to be safe and they want to be safe, so they’re going to travel to a community, to a city that puts their health first,” said Mayor Cantrell.

It’s estimated that the local tourism industry will take 3 to 4 years to recover. The mayor says it’s a likely scenario that during that time, New Orleans will have to rely on itself to sustain. Cantrell says what lies ahead could be a unique opportunity to redesign a city for locals instead of tourists.

It’s certainly an optimistic outlook considering massive budget deficits and 25- percent unemployment, but Cantrell says nothing will improve if public health and safety are not the priorities. She says if you care about Mardi Gras 2021, try focusing on social distancing in the present. Cantrell did mention that a state committee will be taking up that task of assessing the viability of Mardi Gras next year. She says she will rely on that committee’s recommendations and findings to figure out what Mardi Gras looks like next year.

“It all depends on the actions we take right now, so while there’s pressure of well what about phase 2? Well let’s do phase one right,” said Cantrell.

Saturday marks the first full week of phase one in New Orleans and the mayor says the city won’t advance beyond that point if we don’t take the right precautions.