Mayor: Sights set on long-abandoned Six Flags to be demolished

“Right now, I have my sights on the Six Flags site, which we are now running numbers for demolition as I speak," said Cantrell during a press conference. 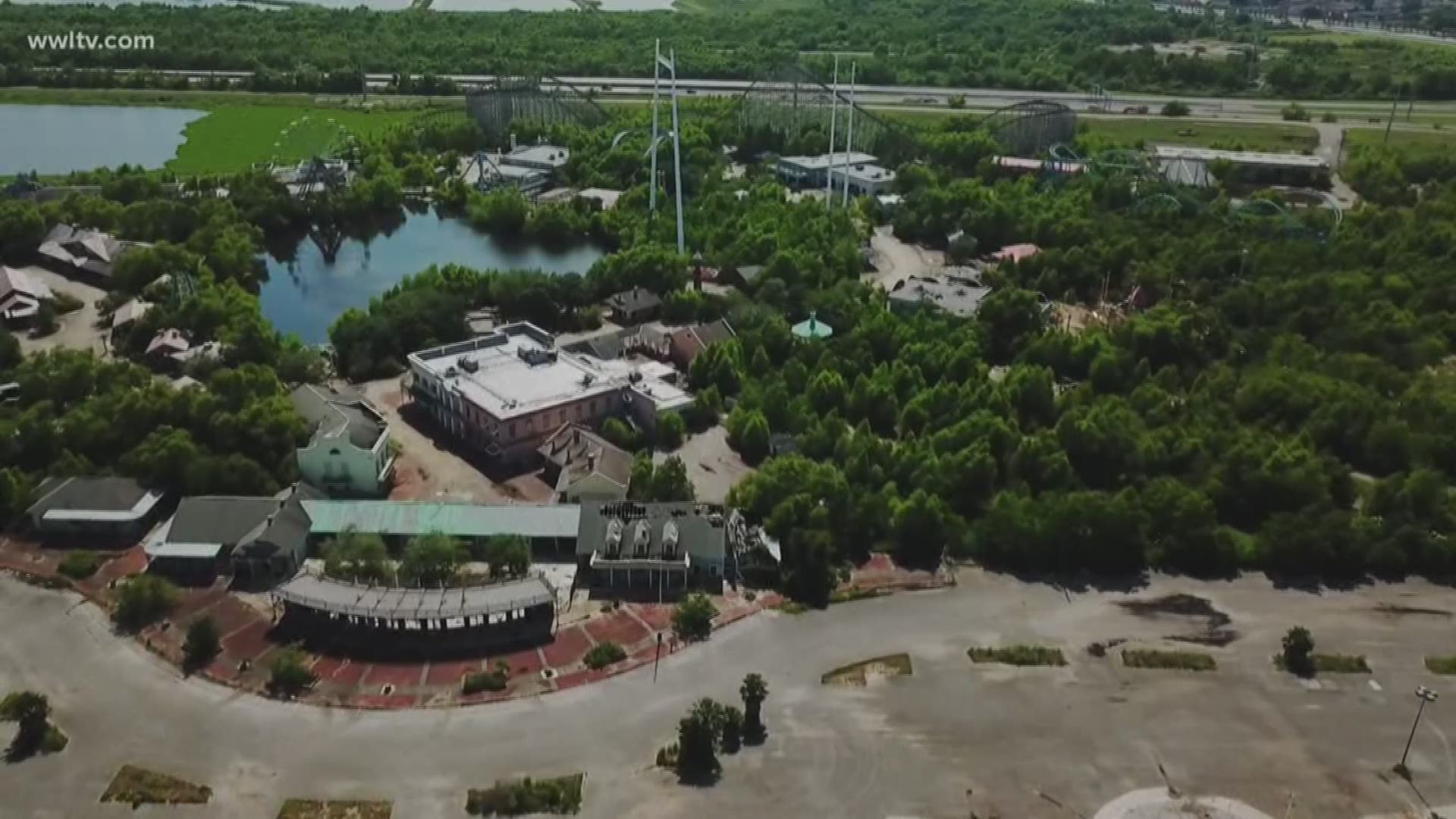 The old abandoned Grand Theater in New Orleans East is nearing its final days as city crews started demolition Tuesday on the structure that has been closed since Hurricane Katrina.

Now, Mayor LaToya Cantrell says she has her eyes set another unruly eyescore in the East -- the old Six Flags and Jazzland location.

“Right now, I have my sights on the Six Flags site, which we are now running numbers for demolition as I speak," said Cantrell during a press conference at the Grand Theater.

Before Katrina, many remember the Six Flags and Jazzland site as a place where memories were made.

“It was something for the kids to do, and young adults and adults,” said William Peoples, who lives next to the Six Flags in the Oak Island neighborhood. “It was a very valuable asset to this community.”

No mayor has taken to the task of knocking down what remains of the abandoned park.

Cantrell, however, says she wants to and so does District E City Councilwoman Cyndi Nguyen, who says they are awaiting a study before moving forward.

That study is due in 2-3 weeks, but Nguyen already has some ambitious aspirations. She wants the 200-acre property to be turned into a 'family entertainment district' complete with hotels, resorts, music and sports venues.

Nguyen says it would be a great place for neighborhood kids to not only play but work.

“Many of our young people are looking for opportunities and I think having a family entertainment district will really capture and address a lot of the issues we have in our community,” said Nguyen.

From a Nickelodeon theme park to an outlet mall, Peoples has lived in New Orleans East long enough to remember all of the failed ideas for the space; but he still remains optimistic.

“We look forward to it being rehabilitated into something that is valuable to the community and to the city of New Orleans equally as well,” said Peoples.

Eyewitness News asked the mayor's office for details after Cantrell made the comments but they would not elaborate. There is still no official word on when the demolition of Six Flags will start.