The company could face possible fines and other penalties if trash isn’t picked up. 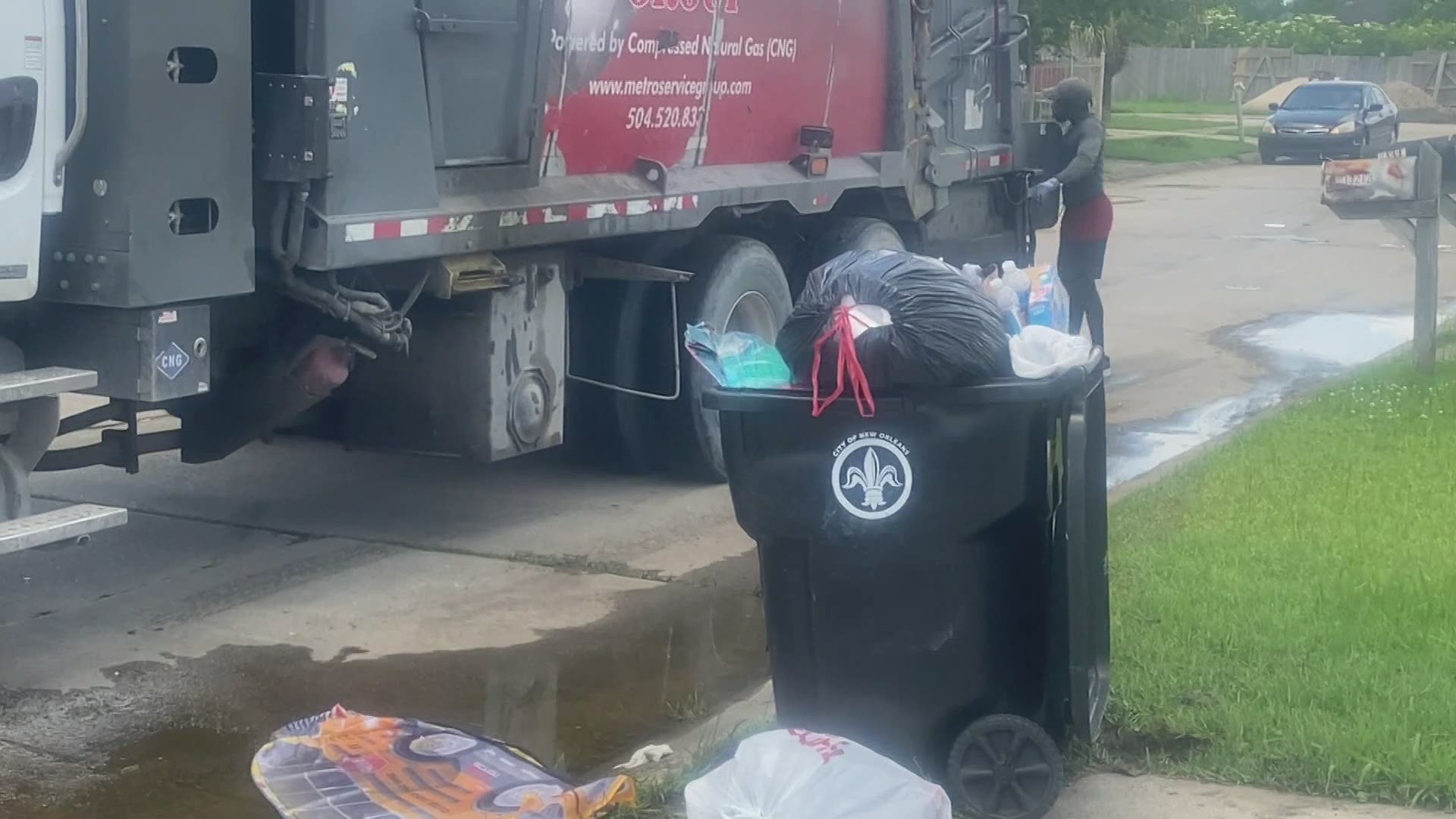 NEW ORLEANS — Garbage cans and trash piled up on the curb in the Willowbrook subdivision in New Orleans East.

Metro Service Group, the waste contractor for this area was not able to complete its full route on Wednesday.

Crews were back on Thursday to finish the job.

Neighbors say not having their garbage collected when it’s supposed to be is a problem.

“It’s frustrating especially when you bring out the trash and then you’ve got to bring it back in,” neighbor Arthur Funches said.

There has also been pick up delays along Metro’s route in other neighborhoods from Lakeview to the Lower Ninth Ward.

“What we’ve done in the past is brought drivers in from other parts of our operation,” Woods said. “We operate in Mississippi and a couple of other states and some days you can’t do that for a variety of reasons.”

Metro is one of three New Orleans waste contractors.

The company picks up mostly on the east bank of the city, north of I-10.

Mayor LaToya Cantrell says she understands Metro’s staffing issues, but she wants trash in the city picked up on time.

“What we see is not acceptable, but what I also understand that it’s not acceptable for Metro either,” Cantrell said. “So, we’ll continue to work with them and push to get trash collected in a timely manner.”

Woods said he’s looking at possible resource sharing with other waste collectors in this region.

“We’re doing everything in our power to recruit more staff, so we can get back to the level of service that Metro is known for,” Woods said.

Back in Willowbrook, City Council member Cyndi Nguyen who also happens to live in the subdivision said Metro is working with her office to improve service.

“It’s definitely an extra burden while we’re dealing with so many other stuff, but we got to deal with the reality,” Nguyen said. “I’m just glad we have a partner that is working with us.”

The city contract with Metro gives the company 24 hours to pick up the trash if it doesn’t collect it on the normal service day.

The company could face possible fines and other penalties if trash isn’t picked up.

Metro CEO Jimmie Woods is asking customers to be patient as he works through his staffing issues.