The goal is to have at least 40 of these house floats across the city. 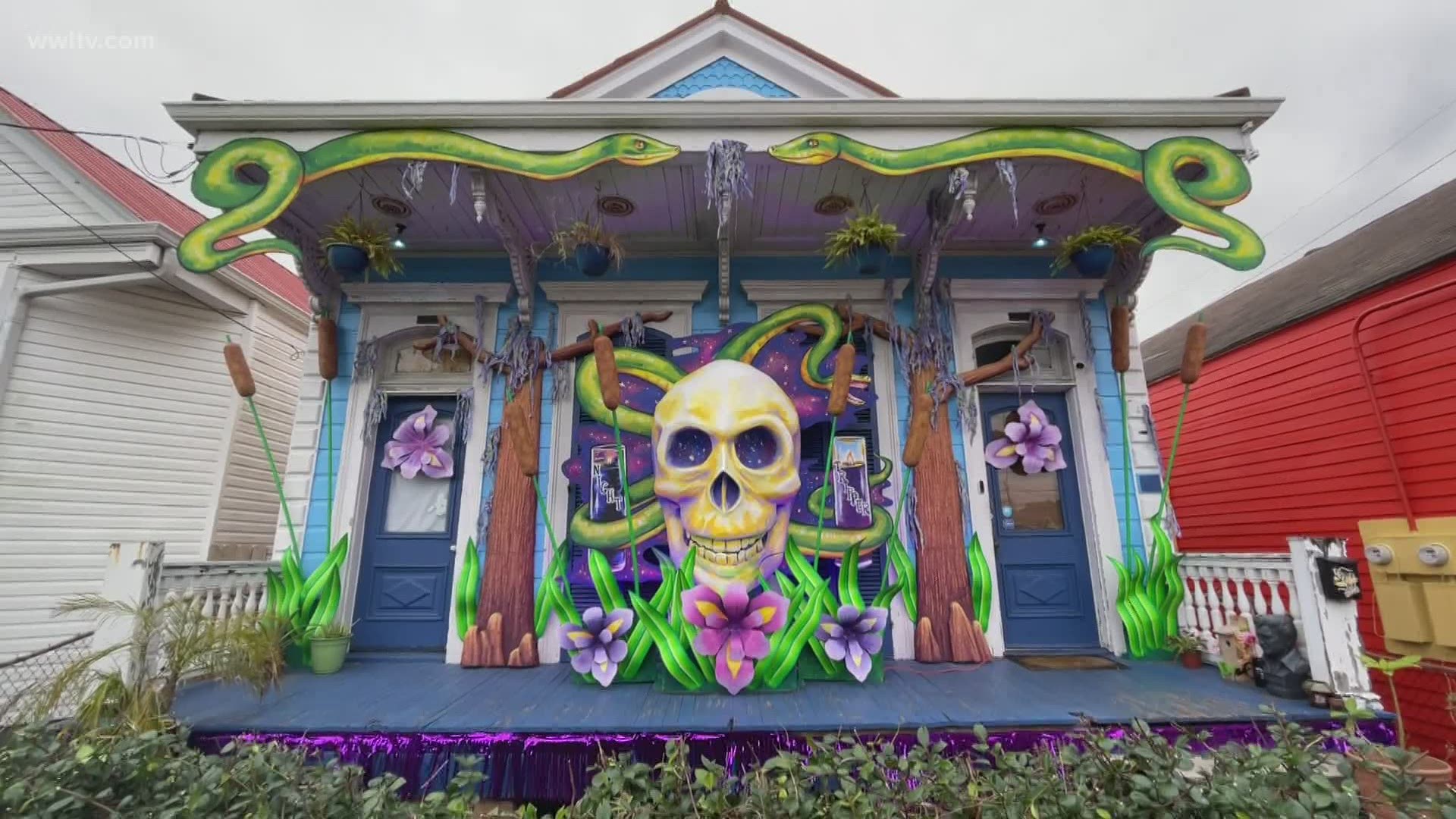 NEW ORLEANS — It has all the colorful makings of a float ready to roll down the streets of New Orleans. The only difference is, it’s not going anywhere.

“We’re using the traditional papier-mâché technique, in the center being a skull,” said Mardi Gras artist Caroline Thomas. “I did the paint jobs on plywood flats."

Under the artistic direction of Thomas, a house on Toledano in Central City is complete.

“A huge relief because we’ve been fundraising for a little while now and so it’s like ‘OK, look, we can actually do this,’” Thomas said.

In partnership with the Krewe of Red Beans, the “Hire a Mardi Gras Artist” project is putting carnival artists to work, transforming houses this year instead of floats.  It takes about $10,000 per house to pull off. Through fundraising and donations, the money pays a team of artists to design, create and install.

I’ve never been on a Mardi Gras float until now,” said Demian Estevez, who lives in the newly transformed house with his wife Angela.

“This is the most beautiful and amazing thing ever,” Angela Estevez said. “There’s been a lot of tears. There’s been so many happy tears.”

The theme of their home is inspired by the Dr. John mural right outside their door.

“We try to kind of play off of that kind of swamp magic that I think is so connected with Dr. John,” Thomas said.

We may not be able to have parade floats so we’ll sure as heck have house floats! 💜💚💛 Story coming up tonight at 10 on @wwltv #mardigras #nola #beon4 pic.twitter.com/5ozkwlJITK

The goal is to have at least 40 of these house floats across the city but that’s going to come down to fundraising. Even if that goal doesn’t happen, the hope is to inspire others.

A separate effort called “The Krewe of House Floats” is already underway, as a more do it yourself approach.

“I just think at the end of the day it gives some joy to the city,” said Thomas.

Joy that has been constantly battered, during an unprecedented year.

“This is proof that New Orleans is going to find a way out of this because we’re stubborn and resilient and we always find a way to add some color to a dreary situation,” said Thomas.

If you donate to the project and live in Orleans Parish, you’ll be entered into a raffle to have your house transformed.

You can donate and learn more about the project here.

RELATED: Proposals to hold Jefferson Parish parades in May with new safety, flexibility measures for krewes