Moving City Hall to Municipal Auditorium would be a death sentence for Treme, neighbors argue

“If you come through Armstrong Park with those massive garages, you are going to kill the entire area and Treme will be a myth." 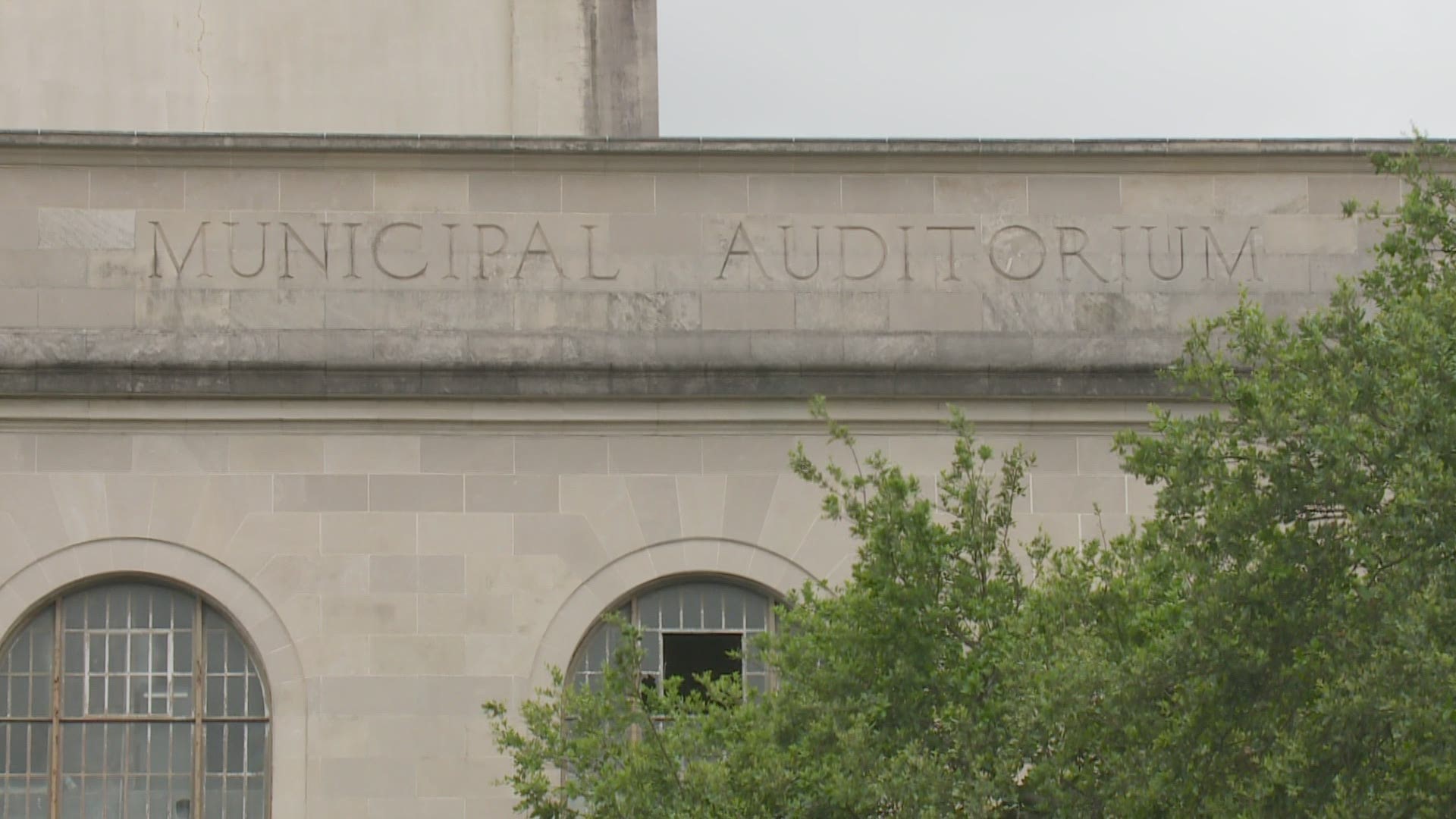 NEW ORLEANS — People from across New Orleans came together Tuesday night at Homer Plessy Community School in Treme to speak out against plans to move New Orleans City Hall to Armstrong Park’s Municipal Auditorium, which has been vacant since Hurricane Katrina.

Stelly isn’t happy with any of the city’s plans for the transformation. One concept takes away the neighborhood fire station. Another calls for a parking structure next to a playground and another has a nin-story annex to the building and a nearly 2,600-car garage.

“We feel that the placement of a government center in a neighborhood is inappropriate,” Stelly said.  “If you can imagine this neighborhood with an additional 2,600 cars, we’re doomed.”

At the meeting Tuesday, others said the move would destroy what is left of a community that’s been historically hurt by displacement and rezoning of the culture.

“If you come through Armstrong Park with those massive garages, you are going to kill the entire area and Treme will be a myth,” said Ausettua AmorAmenkum with New Orleans Culture Preservation Committee.

“If we don’t support the culture in real ways then what are we really talking about,” said Morgan Clevenger with Unity 4NolaCulture.

The city says the move is driven by nearly $40 million from FEMA to renovate the auditorium.

“It would be a tremendous mistake to have that level of federal funding just walk away from us,” said city spokesperson Beau Tidwell when asked about the relocation.

Tidwell also said the city and mayor are committed to hearing from neighbors, but still believe moving City Hall to the auditorium would be good for Treme.

“We see it as an investment in the neighborhood and that’s something that we want to have an opportunity to talk to concerned residents about,” Tidwell said.

Stelly wants to see the auditorium restored into a civic center, saying anything less would hurt this neighborhood.

“The auditorium carries a lot of meaning for a lot of people and to see that meaning totally disregarded and turned into a city hall is really a stab through the heart of the community of New Orleans,” she said.

The cost to restore the old city hall comes in at around $155 million. Transforming the Municipal Auditorium comes in about $171 million without the FEMA money included.

The goal would be to begin construction before August 2023, the deadline for getting all the FEMA money under contract, according to NOLA.com