Don't call Mr. P a transplant. The 7-foot peacock has lived in Pigeon Town since Katrina

You may hear him before you see him, as Mr. P is a male peacock who likes to show off his bright feathers and caw throughout the day. 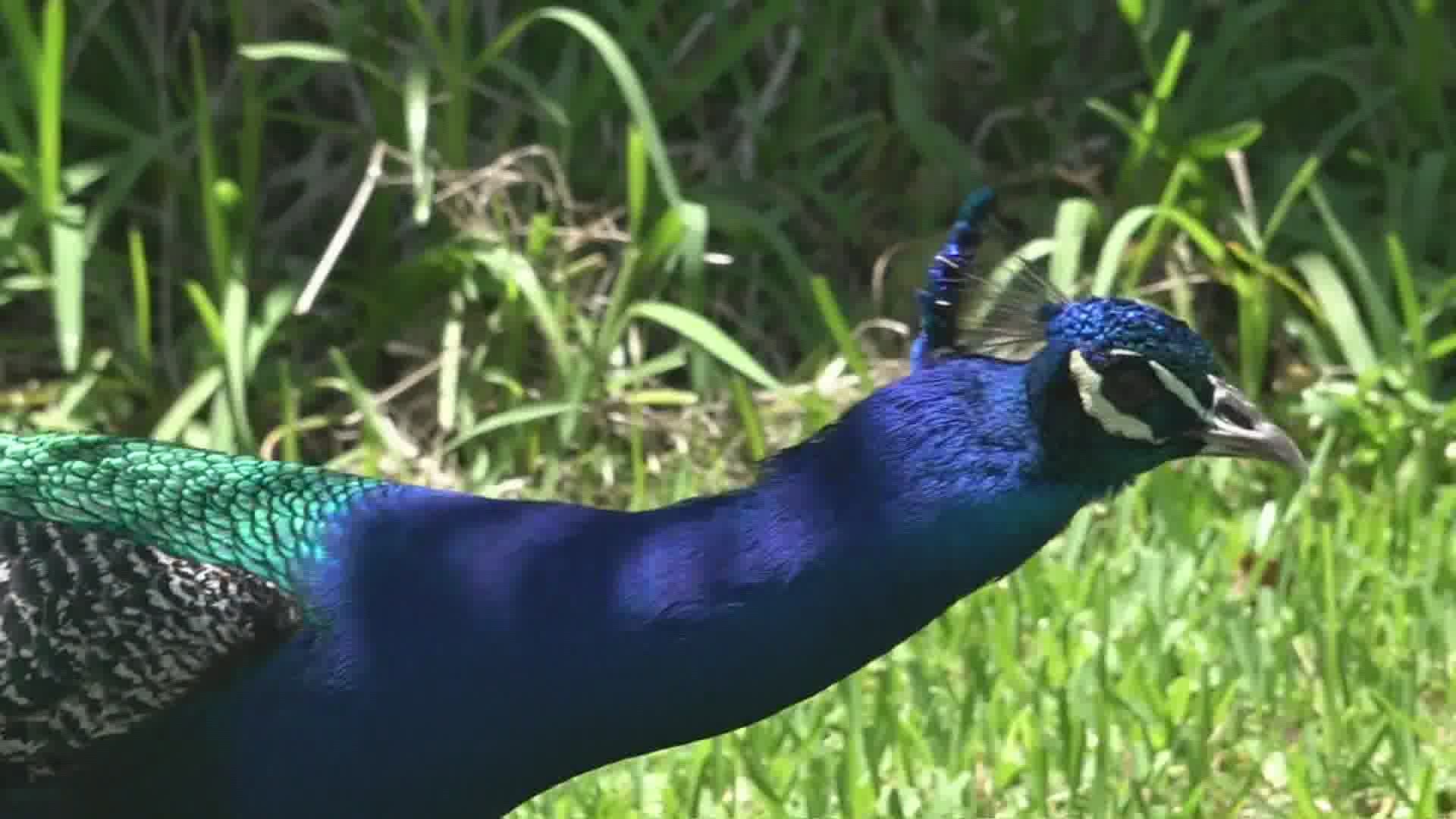 We all have that one neighbor who makes a lot of noise, stirs up some controversy, but overall you know the neighborhood wouldn't be the same without them. In Pigeon Town in the West Carrollton part of New Orleans, that neighbor is known as Mr. P.

You may hear him before you see him, as Mr. P is a male peacock who likes to show off his bright feathers and caw throughout the day.

"He's just beautiful," said Carolyn Savage who is new to New Orleans and the neighborhood. "I said this is truly New Orleans when you see a peacock."

"Everybody just with their jaws on the floor. What is this thing? Why do you have him in this neighborhood? We don’t really know, but were glad we have him," said Lisa Palumbo.

Palumbo has lived off Dante St. for 33 years, but never saw the peacock until after Katrina, although some claimed he lived in the area before that.

"I drove up the street one day and there he was in his full glory and I said oh my God we have a peacock in the neighborhood," Palumbo said.

They call him Mr. P, since he's been given many names over the years and Palumbo thought Mr. P was a fair name everyone could agree on. She said he's no one's pet and neighbors aren't quite sure where he came from.

Not everyone is a fan of Mr. P though. Neighbors claim he makes a lot of noise and has been seen pecking at cars, probably from seeing his own reflection.

"There are a couple of neighbors that don’t like him, but most everyone else is awestruck by the idea that there is a peacock in the neighborhood," Palumbo said.

Palumbo said five years ago some upset neighbors called SPCA who tried to capture Mr. P to remove him.

"They couldn't catch him. I was amazed at his jumping skills and flying skills," Palumbo said.

That's when she created a Facebook page called 'Save Mr. P, the P'Town Peacock.'

"When SPCA showed up I was like no, no no, we need to rally the troops now," Palumbo said.

"Just like magic the city council made this a bird sanctuary so he's protected," Palumbo said.

The Wall Street Journal recently featured the free-roaming bird, giving him national exposure. Lately, Mr. P has felt a little out of place. The tree he's been sleeping in for years behind Palumbo's house was damaged last year in Hurricane Zeta. Without his favorite branch, Mr. P has been perching on porches along Hickory Street instead.

"I don’t know how he feels about the exposure there. We know he would prefer being on one of his two favorite trees. That’s the problem now," Palumbo said.

That's something she's working to find a solution to. Meanwhile, Mr. P will continue turning heads in a neighborhood that's been his for at least 15 years.

RELATED: Lost lamb saved from having 'baaad' night thanks to Manatee County deputies

RELATED: Heroes in a half shell? More than 800 turtles rescued from Jersey storm drains 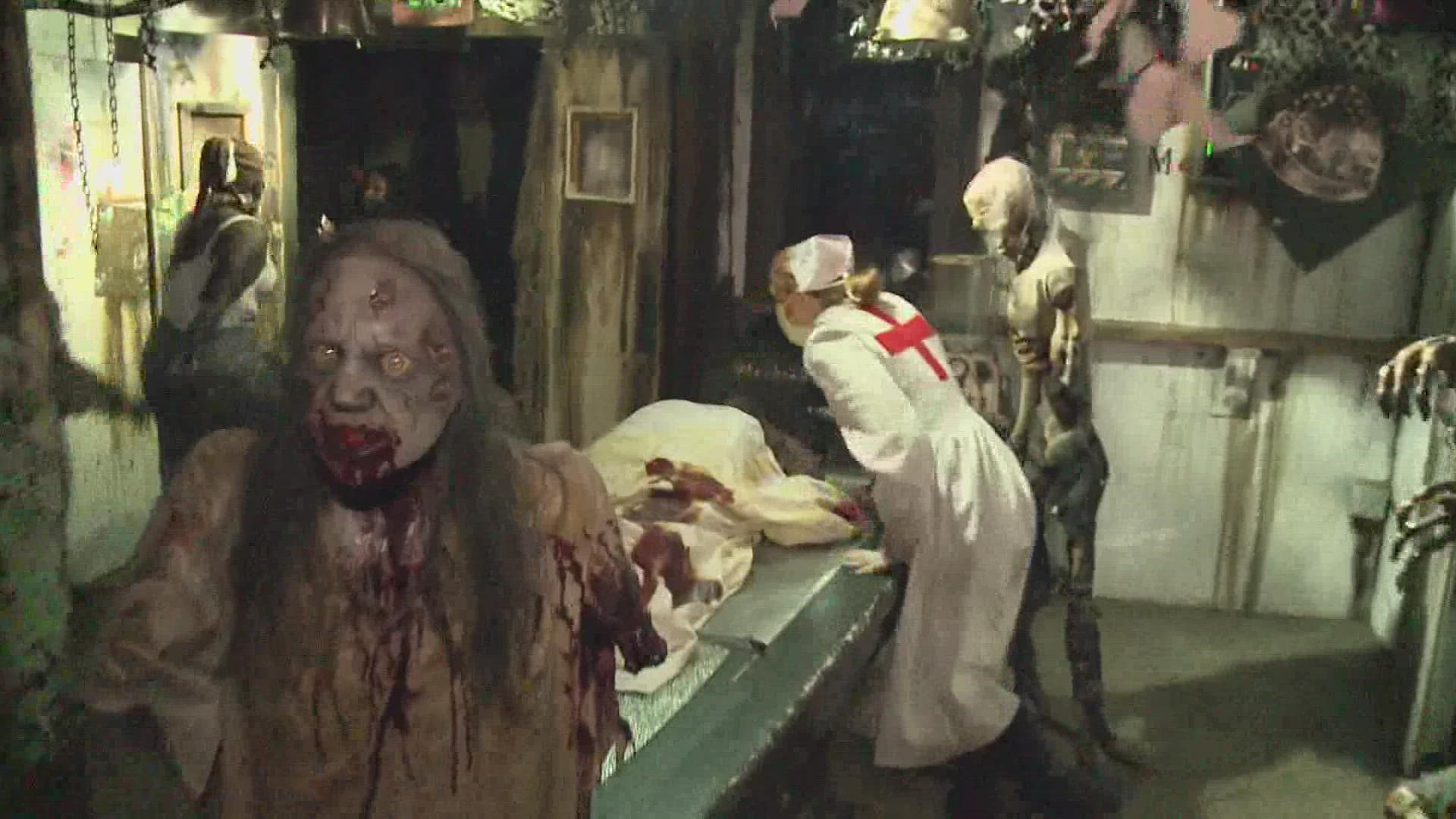 Haunted house opens back up this Halloween