Multiple crises are unfolding at the same time in Louisiana

"There’s a lot going on. People are losing jobs, people are dying, we don’t know if we’re going to keep roofs over our heads..." 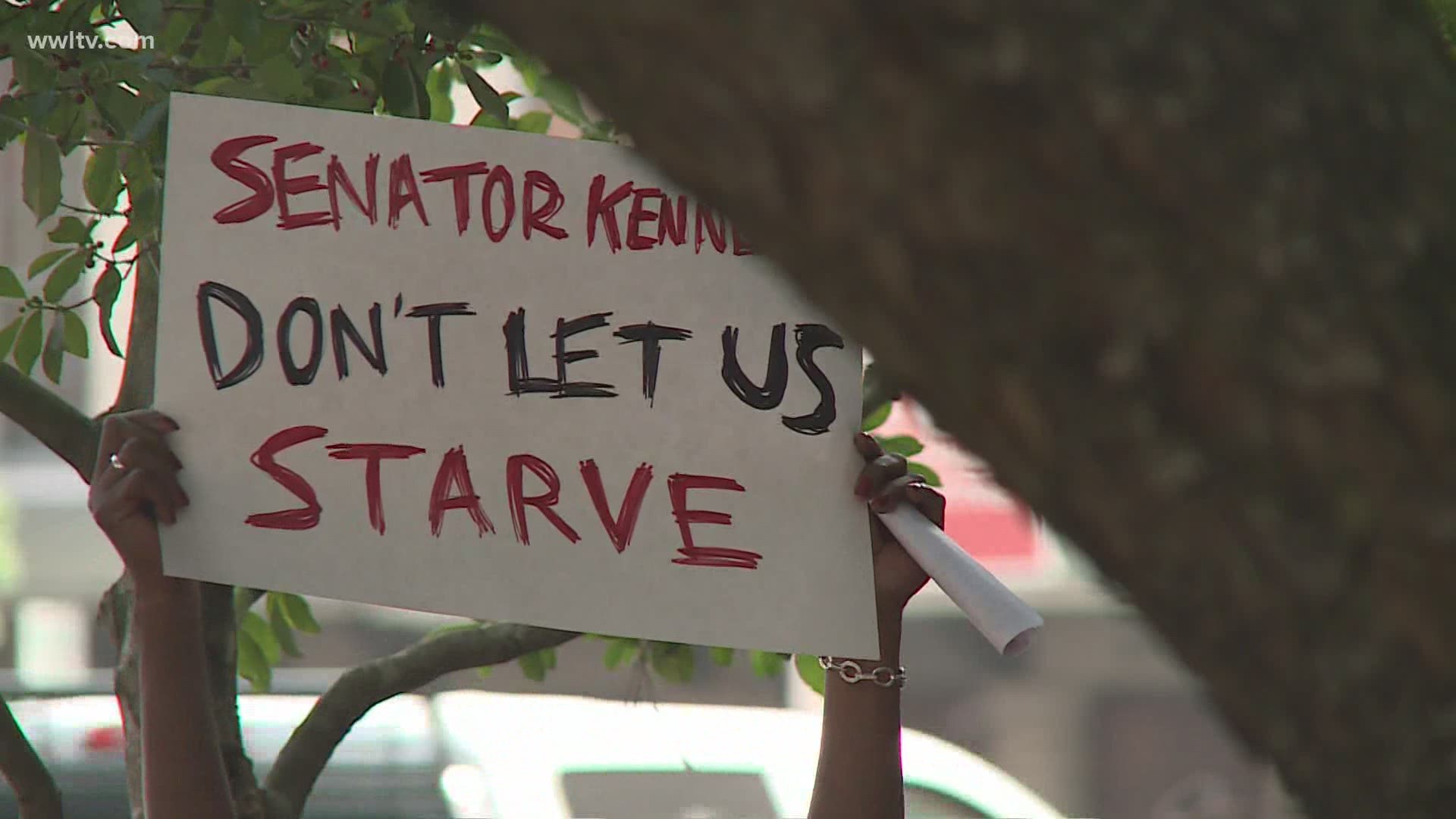 The parish is not alone in what some would call an economic crisis.  It’s one of several crises unfolding at the same time.

On Tuesday multiple advocacy groups, including Step Up Louisiana, protested in front of federal court on Poydras Street.  Their message on their signs could not be more blunt: “Don’t let us starve."

“We’re not beggars, we are workers that lost our jobs in the pandemic, it is due to the pandemic that we are out of work, not by choice,” Willie Woods said.

They called on Washington to resurrect the $600 weekly unemployment benefit. Some of the demonstrators blocked traffic in front of the court.

It seems like a confluence of crisis.  COVID-19 brought on a health crisis, which lead to an economic crisis, that in turn caused an evolving housing crisis.

With shrinking tax revenue, state and local governments are warning of a fiscal crisis and it’s hard to deny there’s a crisis in the country’s understanding of race and equality.

For thousands of people, their crisis is from mother nature.  About 9,200 evacuees from Hurricane Laura are going in and out of the Morial Convention Center looking for help.

“Our home is not livable, but it’s not destroyed,” Daniel Juneau said.

The Juneau family is displaced from West Lake Charles.  While most other crises are less visible, their needs are more immediate, like finding a stroller for her 3-year-old granddaughter.  Their 5-year-old grandson misses home.

“I think of Lake Charles and my house.  I’m thinking of my grandma’s house,” 5-year old Jackson said.

The Juneaus' plan to return and rebuild when power is restored.  The path to recovery from these other crises is less clear.