While walking down the street in front of the band, Lieutenant Governor Billy Nungesser handed out Louisiana-branded masks, t-shirts, and hand sanitizer. 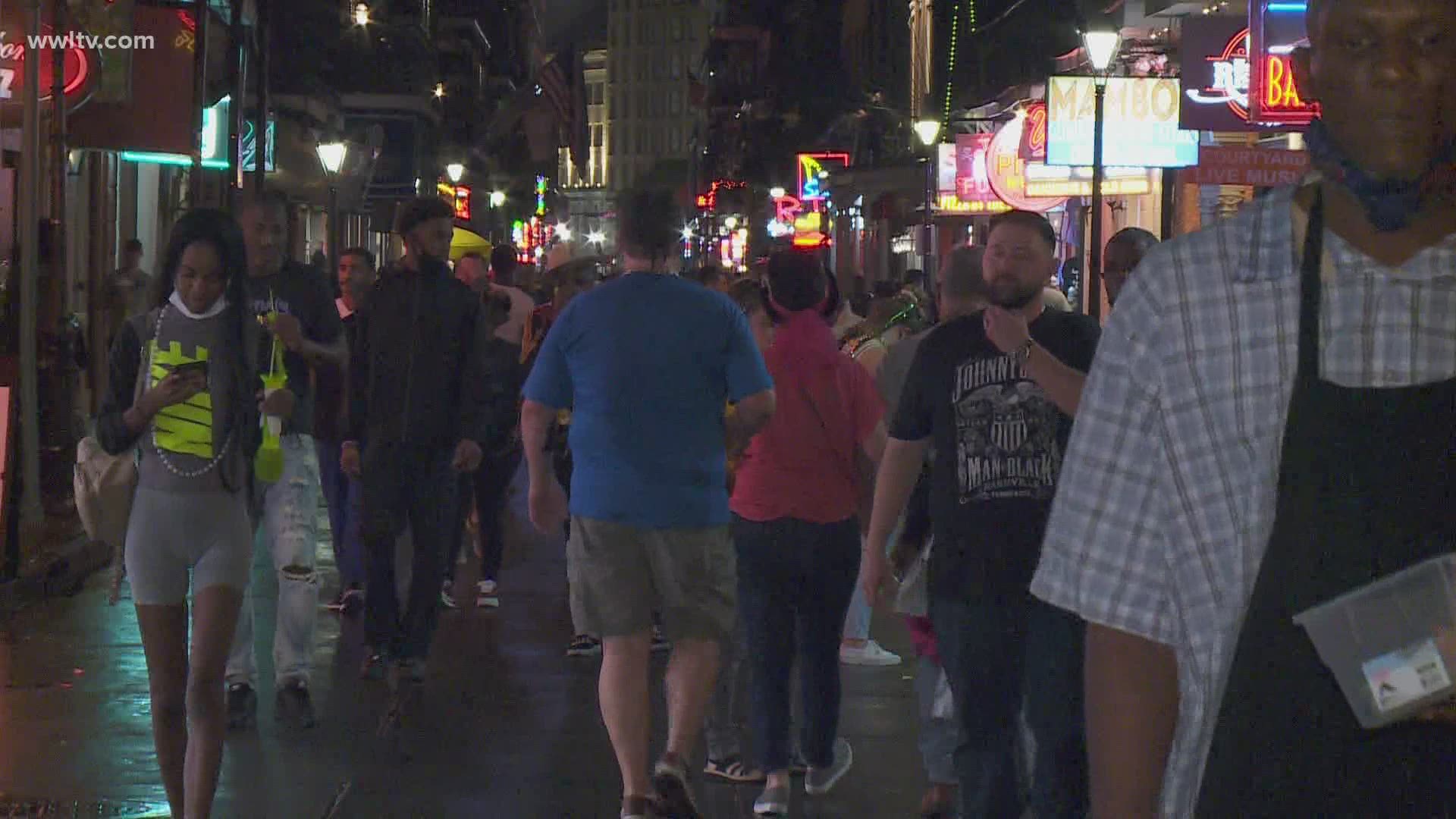 NEW ORLEANS — Music came back to Bourbon Street Friday, and the toe-tapping was brought about by none other than Lieutenant Governor Billy Nungesser.

Along with his staff and a brass band, Lt. Gov. Nungesser joined the thousands who have flocked back to the famed street since bars began reopening with loosened restrictions under phase 3.2.

“I thought it was important to come out here and thank the visitors, both Louisianans and out of towners for visiting, because they can go anywhere,” said Nungesser.

While walking down the street in front of the band, Nungesser handed out Louisiana-branded masks, t-shirts, and hand sanitizer.

His visit was, in part, to personally ask visitors to follow COVID safety guidelines.

“We not only need to make sure it’s safe for our residents, but for people to come to Louisiana, we want them to know we’re doing things right, and they can come here and have a good time,” he said.

Thursday, Mayor LaToya Cantrell promised signs would be going up along Bourbon Street before the weekend, encouraging one-way walking traffic and mask-wearing.

But as night fell Friday, and thousands headed to the streets, there were no signs to be found. The Mayor’s Office told WWL-TV that they will be up “as soon as possible.”

A spokesperson wrote in a statement, “In the meantime, the Mayor and the City will continue to reinforce messaging on safe practices through the week.”

Friday night looks not so different than last weekend, which left the Mayor frustrated.

She said at a press conference Thursday, “What we saw throughout our city and particularly on the world stage of Bourbon Street was unacceptable.”

And as elected officials – at both state and local levels – cross their fingers for safe tourism in New Orleans, it’s setting up to be another busy weekend.