“I consider it unlivable because you can’t live in mold because of how much there is, but it is definitely repairable,” she explained. 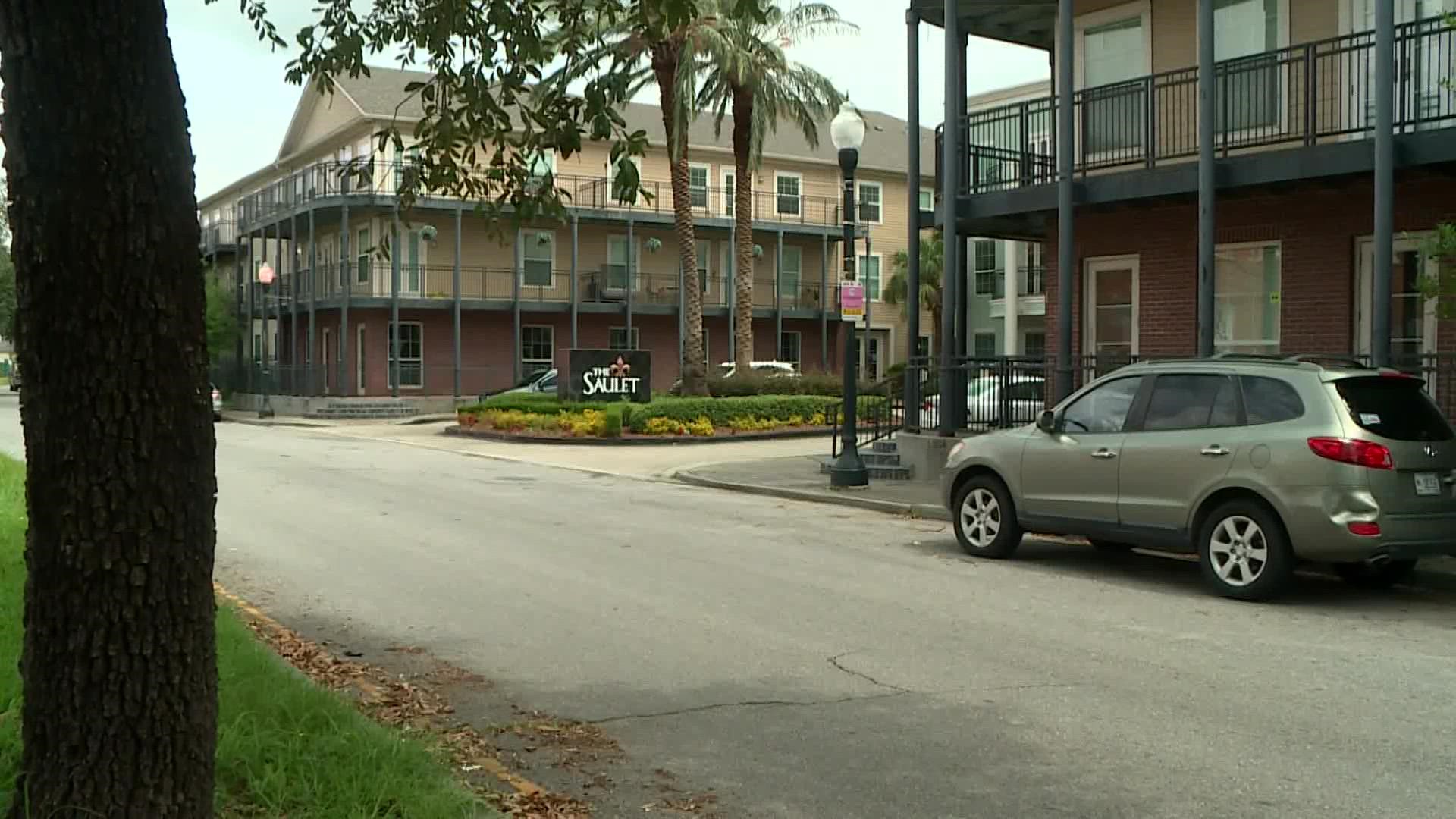 A New Orleans attorney has filed a cease-and-desist request for at least one tenant at the Saulet Apartments after the complex started putting eviction notices on people’s doors.

The complex claims certain apartments are “no longer fit for human habitation” after receiving damage from Hurricane Ida and tells residents they “are terminating your lease effective five days from the date of this letter.” The letter was emailed on Friday.

“The apartment complex knew about the damages in my apartment for a week and never said anything to me. They told me I had 10 minutes to pack a bag and leave,” said Kaiya Wilkes who moved in just last month. She said she saw maintenance working in her apartment and assumed she’d be given the all-clear to return once the mold on her walls, and peeling ceiling was repaired.

“I consider it unlivable because you can’t live in mold because of how much there is, but it is definitely repairable,” she explained. Wilkes said the latter came as a complete surprise.

“The five days and them wanting to dispose of my stuff after five days is really the biggest thing that bothers me. There were no options, there was no communication before that letter was sent, there was nothing. They just kicked me out.”

“You cannot evict anyone until one, the court opens up and two, the 24th per the governor’s order,” said attorney Kenneth Bordes who is representing another tenant, not Wilkes.

He filed a cease-and-desist notice against the property on behalf of a resident who is trying to stay in her apartment. His client claims that the damages aren’t even hurricane related, and that she’s been requesting repairs to leaky plumbing for a year. Pictures provided by Bordes do not show any serious damage. The apartment claims it’s in the walls.

“If in fact it shows we’re in an unsafe environment, already just put us in a new place, that’s fine. But right now they’re not saying anything other than leave and I’m looking at my place and it’s the same way I left it,” said Bordes.

He sent us a copy of his client’s leases, which said that in the event on construction, Saulet “shall transfer the resident to another apartment,” but that has not happened. Bordes said he’s talked with the apartment’s attorney and has been told his client can stay put, for now, because of the cease-and-desist.

“My clients just want to do like everyone, start recovering from the storm, they just don’t want to be bothered by getting kicked out of their house,” he said.

The letter from Saulet management said they had “no choice” but to terminate leases.

In a statement issued Monday, the complex owners reiterated that position.

"Hurricane Ida was one of the strongest storms in recorded history to strike southeast Louisiana. Like many buildings in the area, The Saulet experienced wind and water instrusion damage. A third-party inspector has determined some apartments are uninhabitable and repairs cannot be safely accomplished while the apartments are occupied. Resident health and safety are our top priorities. To this end, we have no choice but to terminate those residents' leases as authorized by their Apartment Lease Contracts. After hearing residents' concerns, we have extended the move-out date noted in our September 9, 2021 letters, giving affected residents additional time to make other arrangements."

Kaiya is apartment hunting again so that she can return to her studies.

After taking on this case, Bordes believes there could be at least 100 other tenants dealing with the same eviction notice.

We reached out to the Saulet Apartments for comment and did not receive a response.

RELATED: Tips for Louisiana renters being evicted after Hurricane Ida

RELATED: How soon will evictions begin after moratorium ruling?