It's the last major portion of City Park that still hasn't been redeveloped since Katrina. 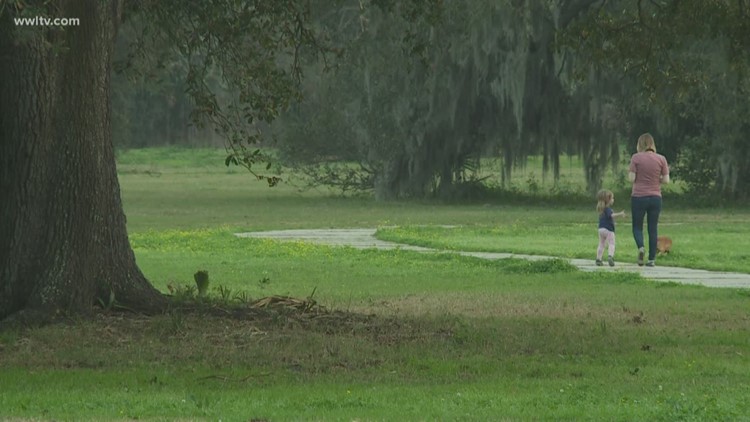 NEW ORLEANS — New Orleans City Park attracts people from all across the region, but one section of the park was never fixed up after Hurricane Katrina more than 14 years ago.

Now, City Park leaders are asking what you would like to see done with the space.

The 100 acres of space was a golf course until Hurricane Katrina which left it damaged. It's been almost untouched since and the golf cart paths have instead become a quiet place to walk for families like the Crafts.

"This is an absolute treasure in an urban area," Jack Craft said as he was walking with his family and their two dogs.

They take walks around Wisner Tract several times a week.

"I know there is some infrastructure that could be better. There could be trashcans," he acknowledged the lack of trashcans, water fountains and bathrooms.

Becker said Wisner Tract can't stay as is. It's the last major portion of City Park that still hasn't been redeveloped since Katrina.

"We just cut the grass and try to battle invasive species that are in there, but now its time to have a real future for it," Becker said.

They want to keep it as a nature-based space for casual activities, with possibilities like new walking paths, expanding lagoons, kayak rentals, nature based education facilities and disc golf which many play there now.

"I think it's just really important to preserve it as a natural space that people can access like a wooded area where people can take their dogs for walks," said one of the meeting attendees who frequents Wisner Tract, Owen Weller.

MORE: Storyland, new and improved, opens in City Park with STEM in mind

He was pleasantly surprised with the ideas proposed.

Most in attendance support improvements, but want to keep the serene escape from city life so families like the Crafts keep coming back.

City Park hopes to have a final plan within the next few months, but they said then come the hard part which is raising the funds to make it happen.