Only one of the five apartments was occupied and those residents escaped safely. 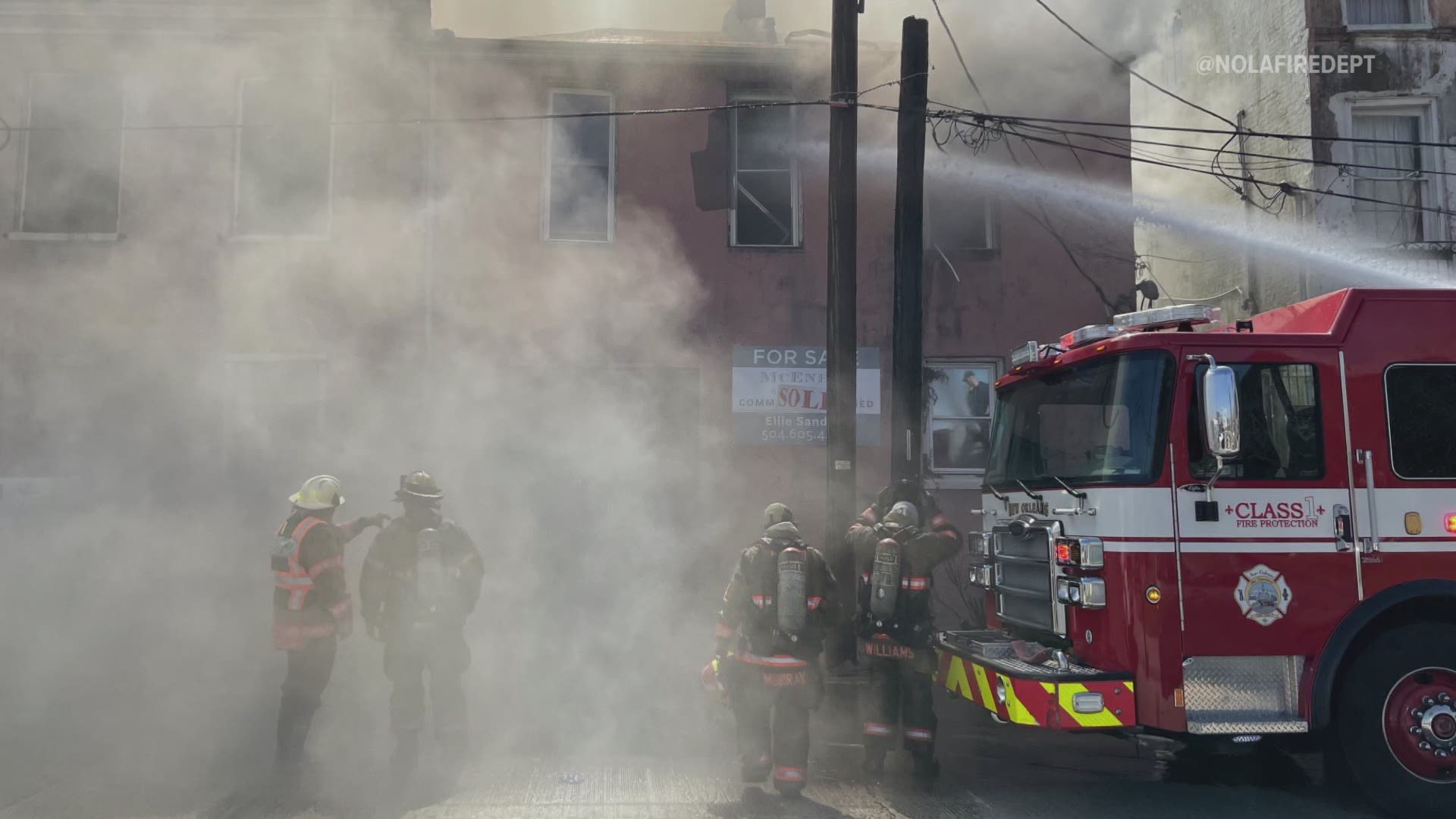 NEW ORLEANS — A two-alarm fire at an apartment building in the Lower Garden District rose through the roof Monday afternoon, severely damaging the building.

When firefighters arrived five minutes later, they found a two-story, wood-framed apartment building with fire and smoke coming through the roof.

The apartment building had only one occupied apartment at the time.

The residents in the apartment got out of the building safely, but the other four apartments received heavy fire, smoke and water damage, according to NOFD.

The fire department had the first under control around 1:25 p.m.

No one was injured in the fire and it is currently under investigation.